Skwikw is the Native word for Whistler. I know because they put it on the highway sign, which shows the distance metric.
From Squamish today we visited Whistler, British Columbia. It's only about 25 miles.  I gave in and changed the setting on Lady GaGa to the metric system so we would know if we were breaking the speed limit. For the life of me, I can't get into metric and sure hope the United States doesn't change into in during my lifetime.

About Whistler: It's an award-winning destination for some two million people annually,  mostly for the winter sports of alpine skiing and snowboarding.  In summer, tourists hone their mountain biking skills here.  It's one of those places that has ritzy hotels and activity driven shops all jammed together in a small parcel of land that is immaculately landscaped and discourages automobile traffic. Ski magazines vote it a top destination in all of North America regularly. 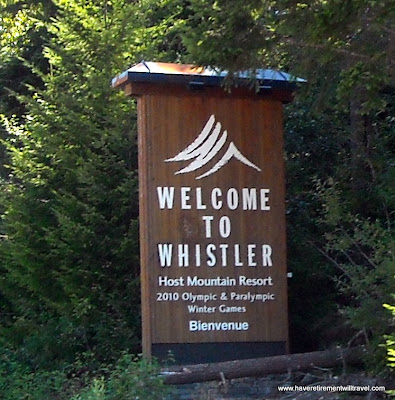 We parked in an underground parking lot, loaded the pups into their stroller and made our way to find lunch.  Lunch was not an easy task with a couple of pooches.  In the end it was sandwiches from Subway eaten on a bus stop bench. Afterward we strolled around the shopping areas until I sensed Wayne was fed-up with it.  I did manage to find a Whistler T-shirt on sale.  You'll see it later, I'm sure.

Not into winter sports, I know Whistler only because it hosted several 2010 Winter Olympic events.  The Olympic Park area was more interesting to me than the small cramped shopping, restaurant and hotel laden town, though it was all nice for a day long visit. 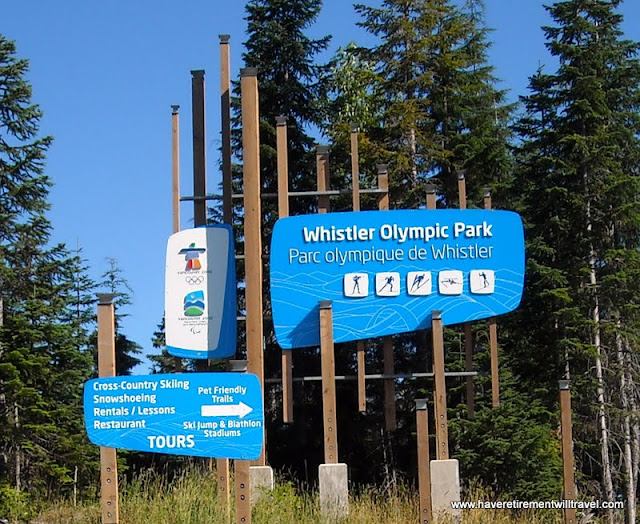 Whistler hosted, for the first time in Olympic history, four Nordic disciplines at one venue.
Whistler hosted 30% of the Olympic medal events.
The only use of artificial snow (snow making equipment) was used at the ski jump landing hill.

About Ilanaaq the Inukasuk:
It's a stack of rocks, assembled to look like a human figure -- a symbol of hope and friendship.  To express appreciation to Canada's aboriginal people, the Olympic committee gave a name to it's Inukasuk that would show gratitude and friendship.  That word is Ilanaaq.


So at the end of the afternoon, hot, tired and sweaty, we returned to our campground at Squamish. Along the way, we stopped for another few good views.  The sun was not right for photography this time of day, but these pictures seemed worth sharing. 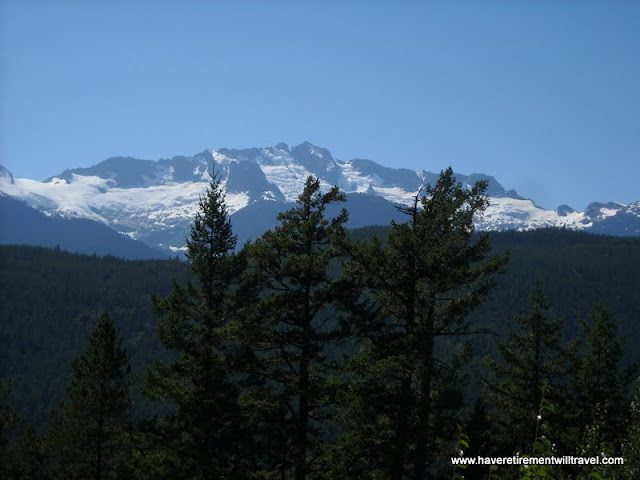 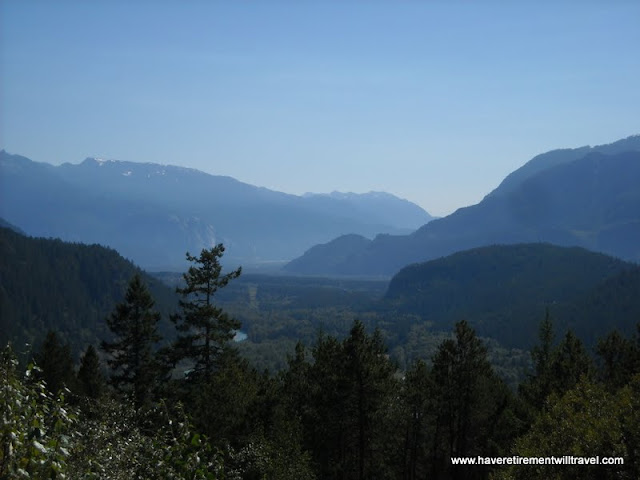 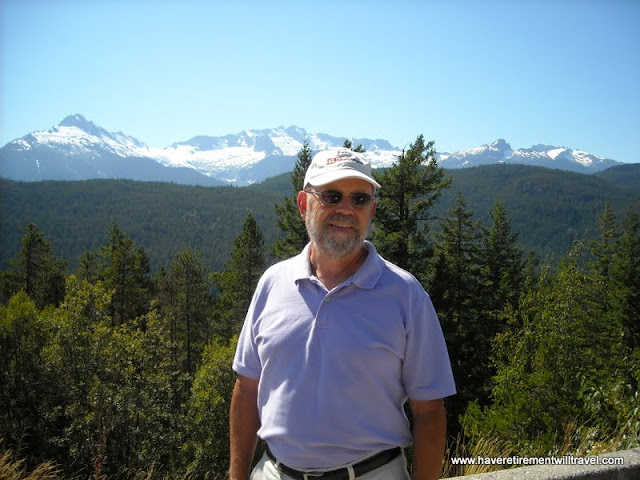 So now we can all say we've been to the Olympics. Hope you had a good time. We did.