February Goings On and Farewells

When February rolled around, we welcomed Pam and Ernie to the campground. They were the absolute last to arrive. Because we are such a thoughtful group, we surprised them with a spray-painted "Welcome Home Ernie & Pam" on the back of a plastic tablecloth. We hung it with jute from trees on either side of their site. Being the generous people we are, we gave them the tablecloth after this welcome reception.

Within a few days, Pam and Ernie were right in the thick of things and we scheduled an evening for Fran's Annual Secret Recipe Spaghetti Supper. A few pictures...

The usual February birthdays rolled around too, and one of them was mine. As I pronounced myself  "The Birthday Queen" I was presented with the diamond tiara I'm wearing in the picture below.  This year's birthday celebrations were breakfasts at Cracker Barrel which made me pretty happy as I love the blueberry and pecan pancakes. 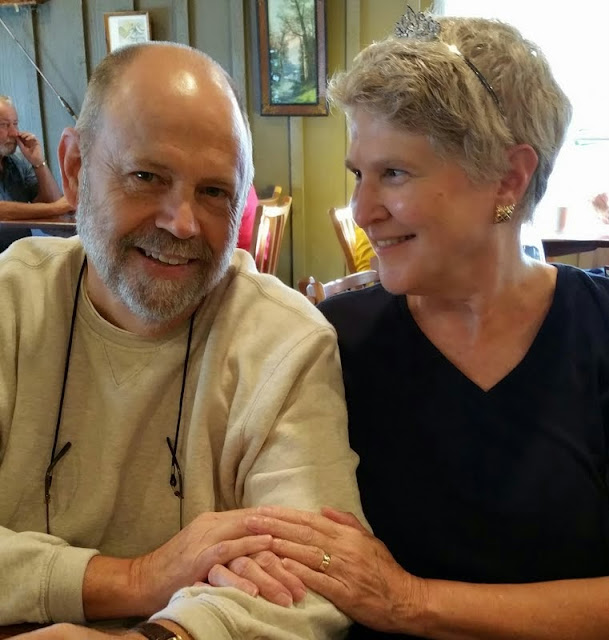 Other February stuff included relaxation on the patio, mostly with the dogs. We played golf about once a week, shopped and did the regular things like eat donuts on Thursday mornings.

And then at the end of February we had to say goodbye to Joyce and Charlie. They had to leave early this year to attend a family wedding. All we can do is hope and pray the harsh winter weather is over and they have a safe trip back to Wichita.

A return trip to Ciaos Restaurant is Joyce's special farewell request and we were happy to comply. Surprisingly, or maybe not, we were seated at our usual large table in the rear of the restaurant.


The next morning, Charlie and Joyce would pull out, leaving all of us behind.


Two nights after Joyce and Charlie left us, we mourned for them by eating. Joyce left us a farewell dish of beef / salsa dip which we literally devoured.  Such good food, such good friends. Missing Charlie and Joyce though.

Another day we rented a pontoon boat for a half-day. Next time, we will do a full day -- we had a great time, ate lots of goodies, of course and saw a fair share of dolphins.


No comments:
Email ThisBlogThis!Share to TwitterShare to FacebookShare to Pinterest 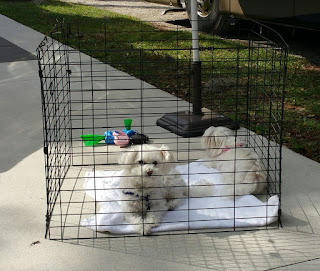 2 comments:
Email ThisBlogThis!Share to TwitterShare to FacebookShare to Pinterest

Retaking of the Golf Clubs

Wayne grew up playing golf, is from a golfing family and played for 35 years or more. He dropped out of the game in the mid-1980's, when he reprioritized his life and concentrated more on family and career.  I didn't grow up around golf but took lessons in the late 1990's. I never had occasion to play and consequently, I sold both Wayne's clubs and mine when we liquidated the household in 2010 for retirement.

Being around friends who play golf over the last two years rekindled our interest though and so in early February, we looked on Craigslist and found a men's and ladies starter set being sold by a couple in nearby Labelle, Florida. They delivered the clubs to us at the campground. They were inexpensive box "his and her" Knights sets but were like new and would work well enough to see if we wanted to pursue the game.  After a couple of days looking for golf shoes, we were ready to hit the links.

Our first golf outing was with Pam and Ernie where we went for 9 holes at Lehigh Acres Resort Golf Course. I had not hit a single practice ball or swung the new (used) clubs. Naturally, I feared I wouldn't be able to strike the ball. I did hit it but not I couldn't get it off the ground. We laughed and called them "worm burners" 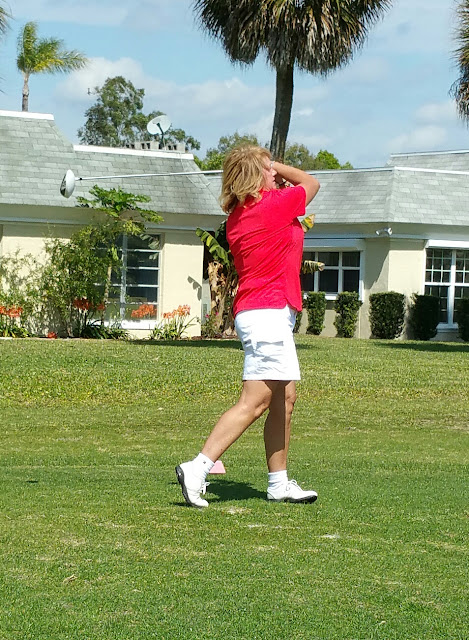 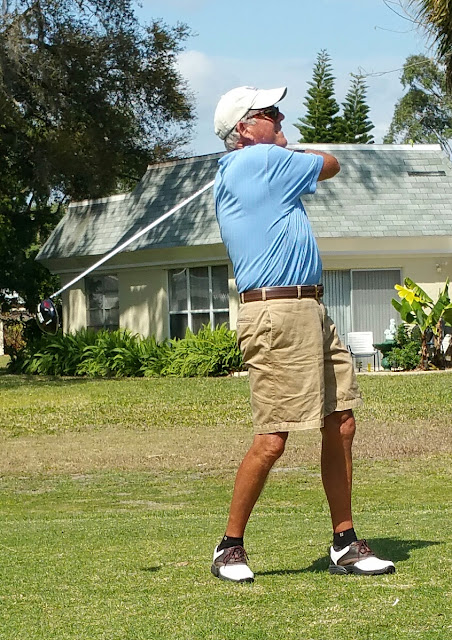 That first round of 9 holes led to lots more golf. We played once or twice a week for the rest of the winter months. In all there were four couples and two individual guys who played so it was always easy to put a group together.