Nanaimo and More of Vancouver Island

From Victoria and the Saanich Peninsula, we drove north on Vancouver Island to Nanaimo which is directly across the Strait of Georgia from Vancouver (the city on the mainland of British Columbia).

Geographically, Nanaimo juts out with waterfront on three sides.  When we're finished with our tour of Vancouver (the island), we'll depart from Nanaimo's Departure Bay via BC Ferries, sailing east to Horseshoe Bay, just north of Vancouver (the city).

The campground here at Nanaimo is named Jinglepot. Every time I see or hear the name, I get an earworm of the Christmas song "Jinglebell Rock" and it's driven me mad!  Reviews of the campground mentioned the flowers as an attraction but we were quite surprised at the sheer volume of blooms.  The park itself is not fancy or elaborate, just a basic campground, owned by a Korean couple, who evidently have green thumbs.


﻿
The weather has become quite warm. So warm and sunny, in fact, that we are forced to use air conditioning in the afternoons.  Mostly, though, that is because the afternoon sun beats in on the coach's windshield. In the shade, one can stay comfortable.

One of the days we're here, we explored Nanaimo, a town formed by Hudson's Bay Company in the mid 1800's.  Coal was mined here and exported to California and Pacific Rim markets.  Here are the highlights:


Another day we drove north of Nanaimo to Parksville and then Qualicum Beach, both nice areas that boast miles of safe sand beaches and some of the best swimming in the province. 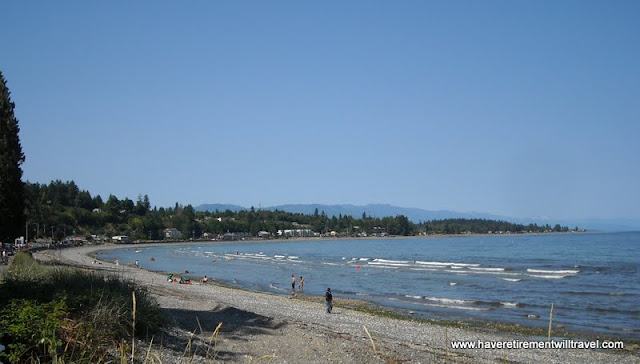 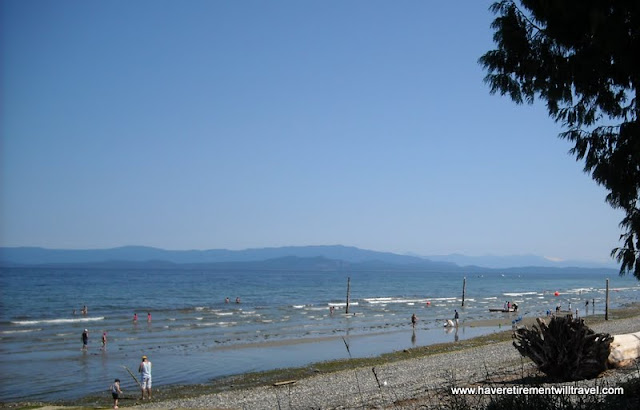 From here I wanted to take Highway 4 across Vancouver Island to Alberni Valley to see the rugged Pacific Rim.  With the car's fuel tank getting low, we ended up driving over 12 miles to the nearest gas station and then we were too far from Highway 4 to go back.  We probably missed the best of the island.

Happy to have you along with us for the trips along Vancouver Island.