It's hard to believe how hot the summer has been in most of the country. We've been lucky this year to have had mild temperatures and little rain here in Oregon.  Today is no exception.

From the campground at Waldport, we're taking a car trip today, back along the route we were on yesterday.
﻿
We want to spend a little time at the beach and see a few sights where we couldn't stop in the coach and tow. First stop is at one of the many Oregon State Parks along the seashore.  This one is called simply, Beachside.
﻿ 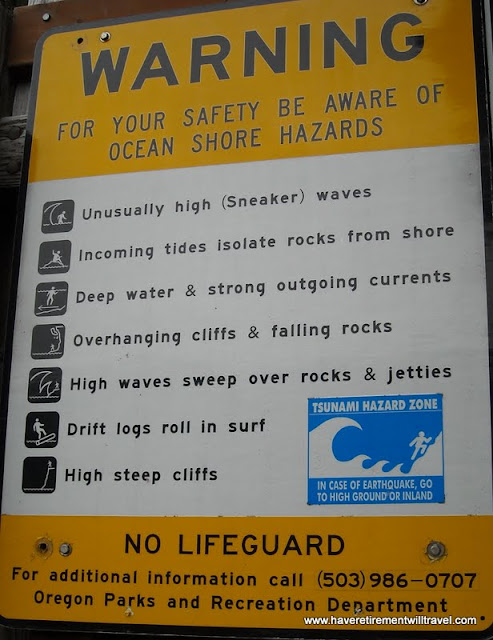 Unlike Florida, where most beaches are under riparian rights by private landowners, Oregon has secured it's shoreline for the enjoyment of all. That's a good thing. Another good thing is that these beaches are open to dogs. To the best of our knowledge, this will be Ozzie's first visit to the beach. Its will be Lexie's second, although last year, the sand on the beach we visited was too deep for her to walk. This one looks perfect. The beach is wide, smooth, flat and damp. It's about 65 degrees and overcast. We all four are wearing sweatshirts.

Now Pop with the puppies and me with the camera -- off we go to catch the waves.  Like most dogs, Ozzie loved the relative freedom (he was on the leash after all) and ran all over and as far as the leash would allow. I swear, he almost looked like he was laughing.  Lexie merely followed along and seemed happy to be on the cool flat sandy surface. 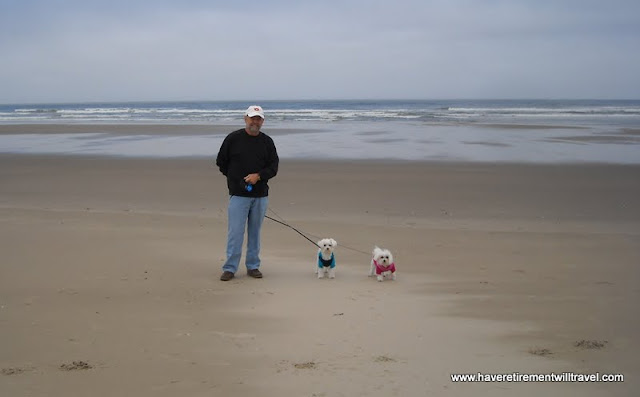 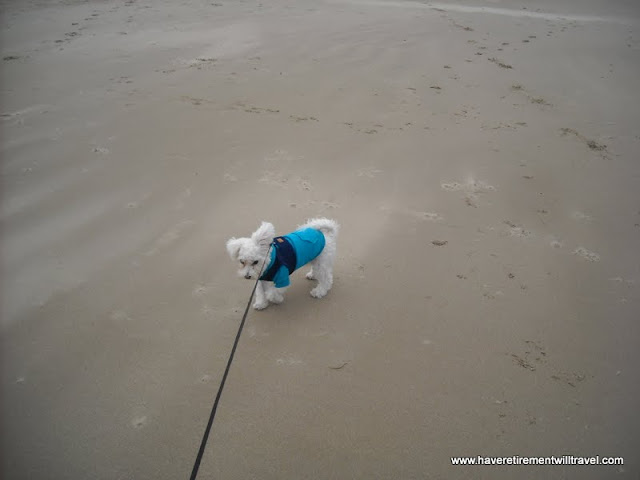 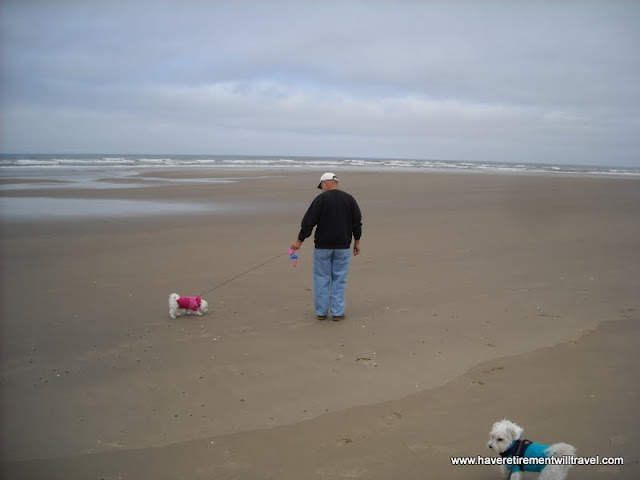 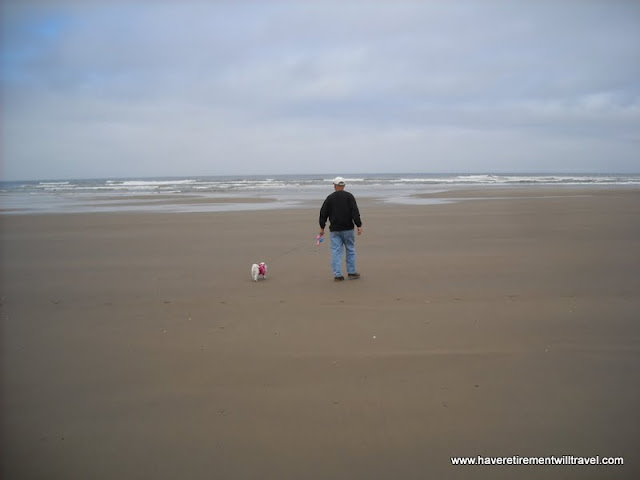 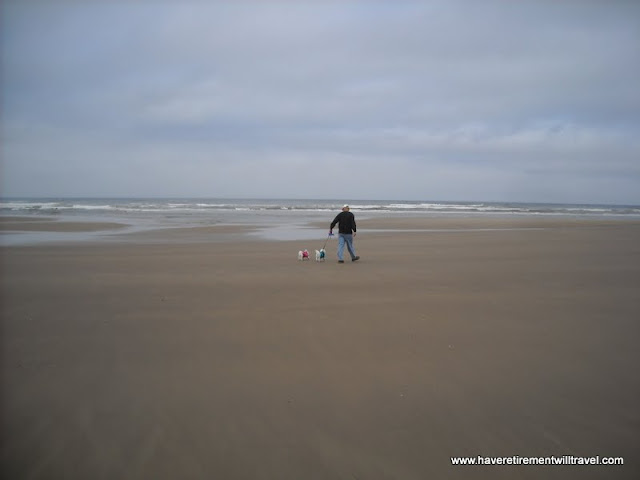 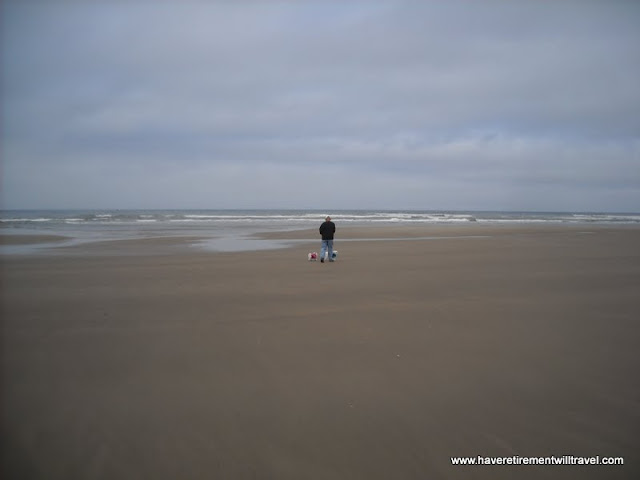 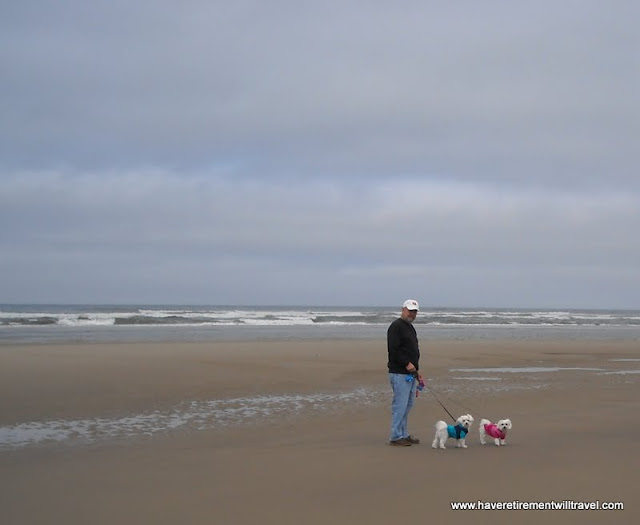 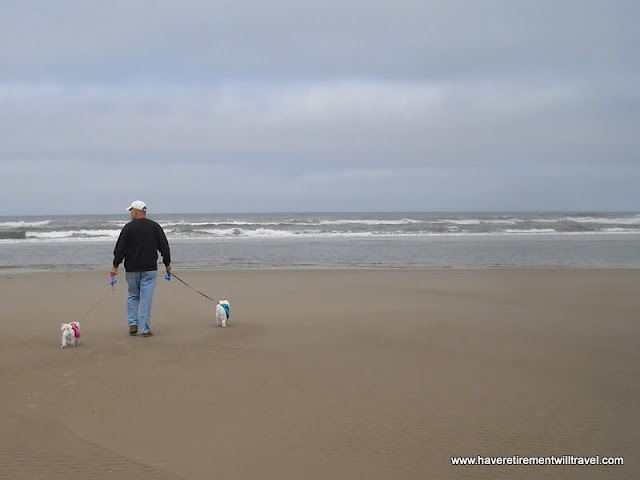 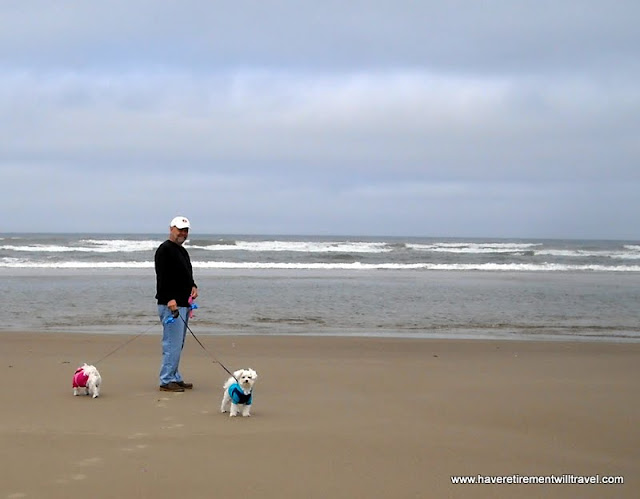 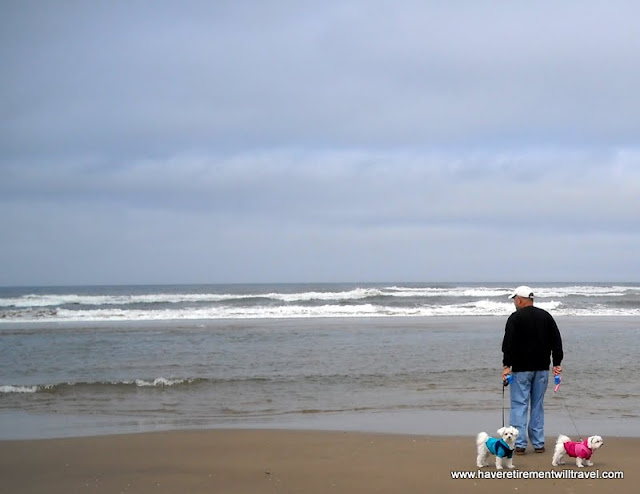 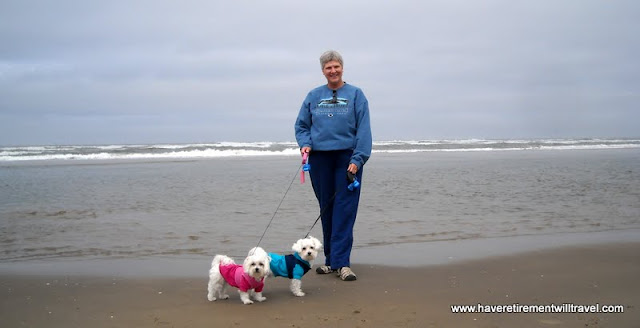 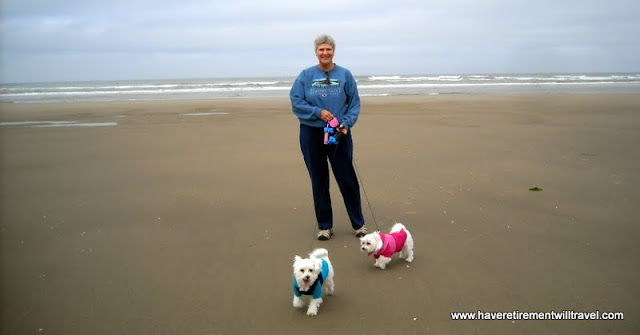 After about an hour of romping around in the surf and sand, we left Beachside and continued south on US 101 to Yachats where we snapped these pictures. 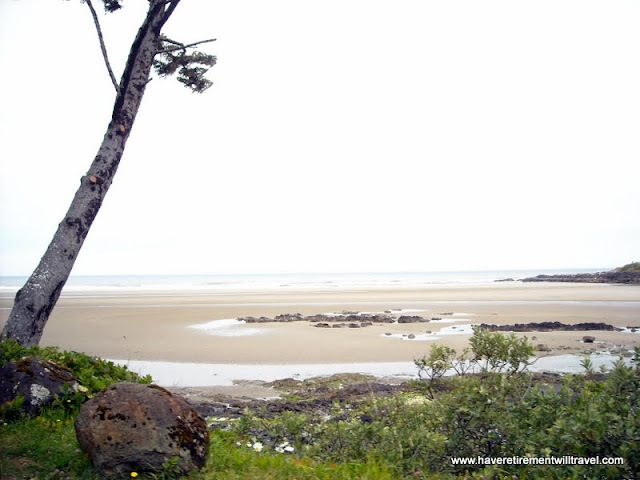 Continuing south on US 101 from Yachats, there's plenty of photo-worthy scenery.  I took a few more pictures...

At Cape Perpetua, we stopped to explore Devils Churn. It's a chasm that began as a fracture in the volcanic rock and today displays waves crashing into the ever-expanding gap.  I walked the half-mile trail down to see the waves as they hit.  Wayne stayed topside with Lexie and Ozzie. 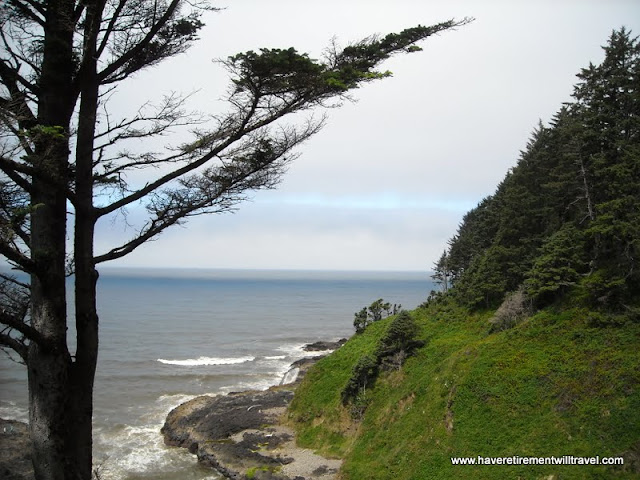 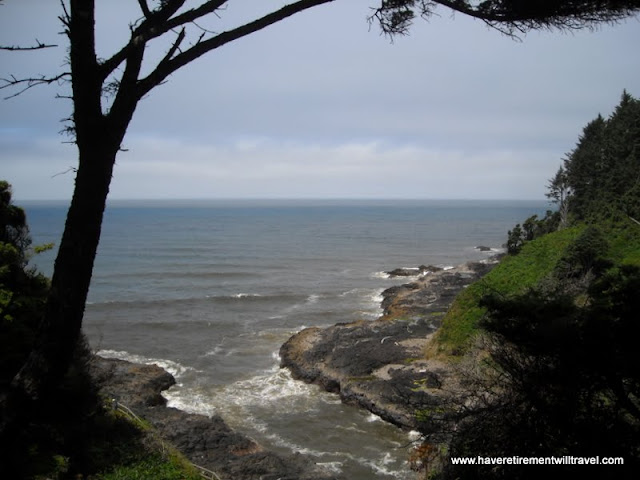 As lunchtime drew near, we headed back to Yachats to eat at a seafood place we'd spotted earlier.

With full stomachs, we'll now drive north, back through Waldport, to see Newport.