It didn't take us long to to recover from the ferry fiasco. Next morning we were up and ready to take in the sights, sounds and tastes of Victoria.

We began our "British Expedition" back at Victoria Harbour where we came in yesterday. It was  cool and a bit overcast -- my favorite conditions for touring and photography. 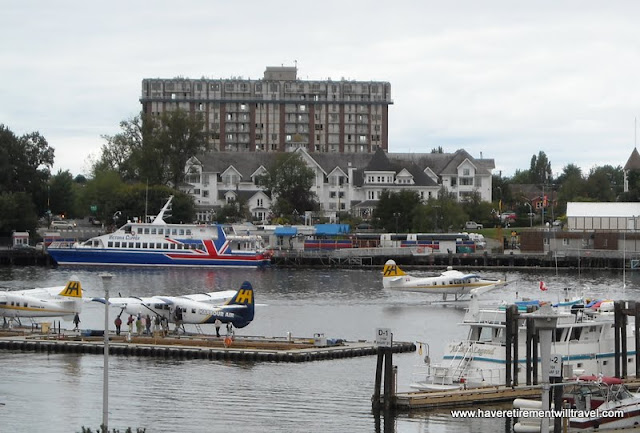 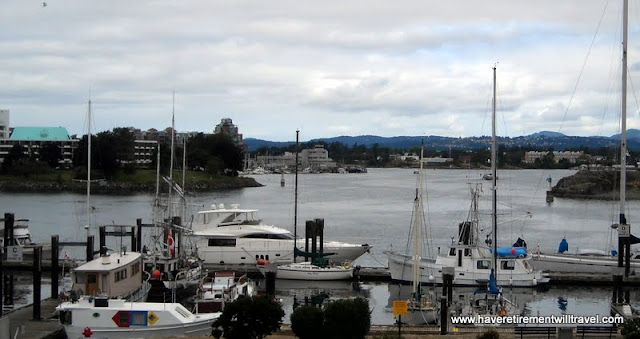 While Wayne watched the seaplanes, ferries and yachts on the harbor side, I went across the street to explore Bastion Square. I immediately noticed all the blooms.  Flowers everywhere!


Two of the many popular and much photographed buildings in Victoria are the Empress Hotel and the Parliament Building. 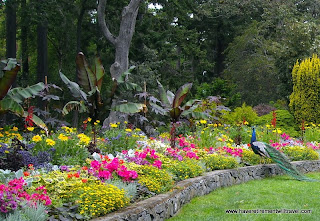 "A perfect Eden" is how the founder of the city described Victoria.  It's the oldest city in Western Canada and was settled in 1843 as Fort Victoria. The city was named for the British monarch Queen Victoria who reigned from 1837 to 1901.

Victoria was originally an outpost of the Hudson's Bay Company and it's harbor was home to one of the world's largest whaling and sealing fleets. Victoria was a major port of entry to British North America and is the second largest metro area. 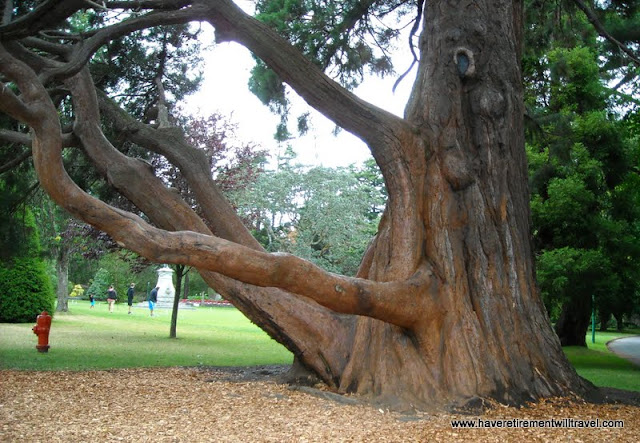 Our route took us  along the edge of the island. One of our stops is at Beacon Hill Park where dogs rule and great views could be enjoyed for miles around. 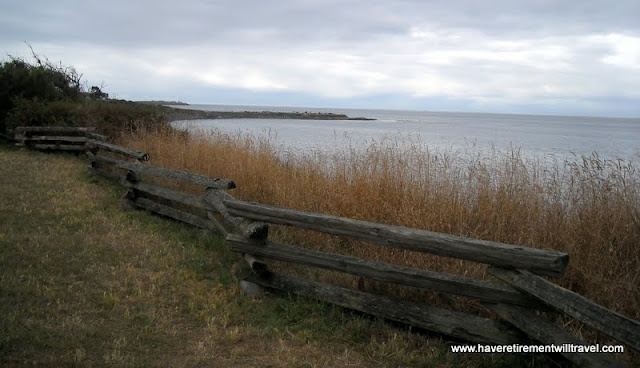 ﻿
The road we traveled followed the jagged edge of the island, winding and curving with beautiful views of open water, harbors and inlets.

There are several city touring companies who use the old double-deck British style buses to tour their customers. I snapped these pictures of them. 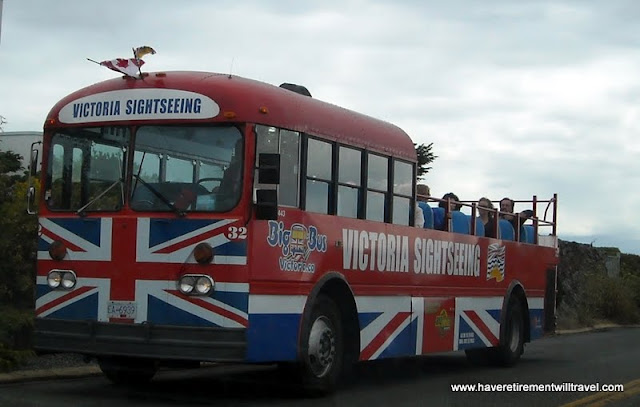 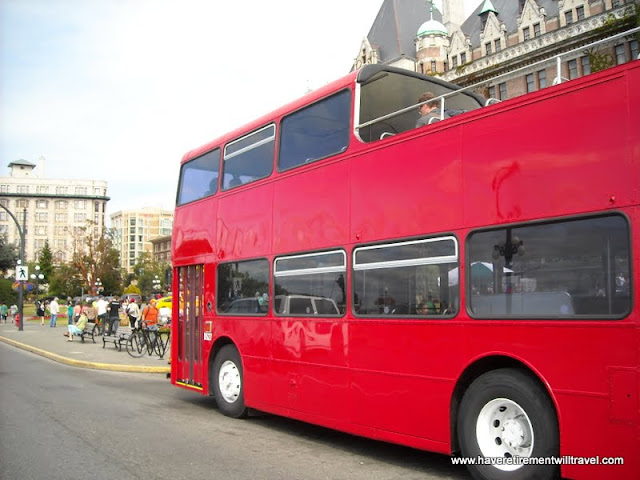 Most of the homes around Victoria are small-ish and quaint -- neat and well landscaped with still more flowers. Some of the typical ones .... 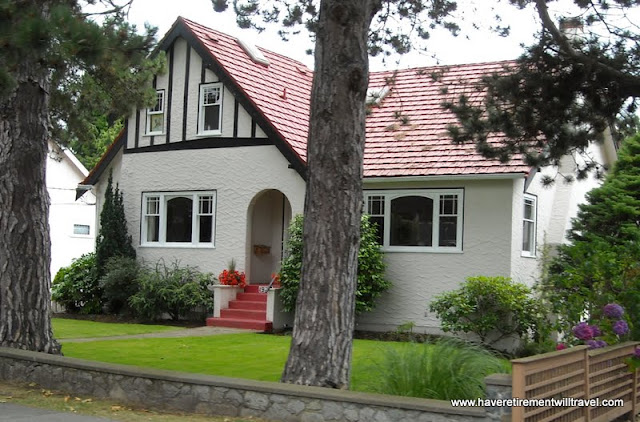 At lunchtime we stopped at Fishermans Wharf for fish and chips at a frequently advertised place called Barbs. Two orders of fish and chips and a bowl of chowder with garlic bread totaled almost $30. The food was just mediocre -- tiny strips of halibut wrapped in an inch of greasy batter. 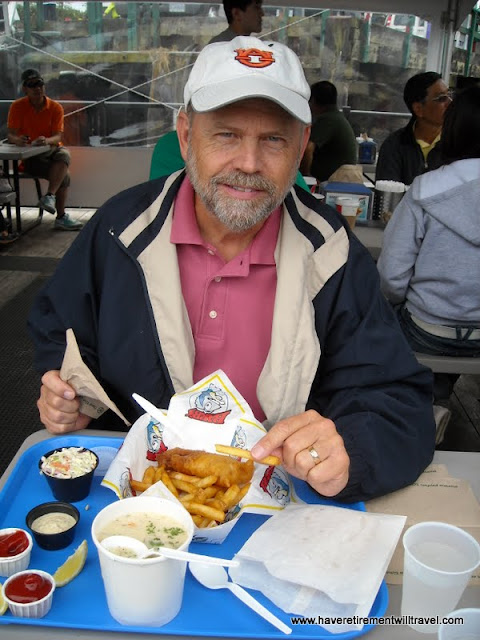 Other sights to see around the wharf area were interesting as an entire floating neighborhood is built along the dock. 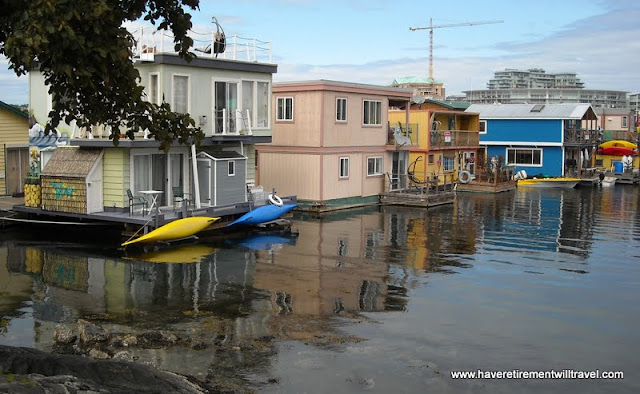 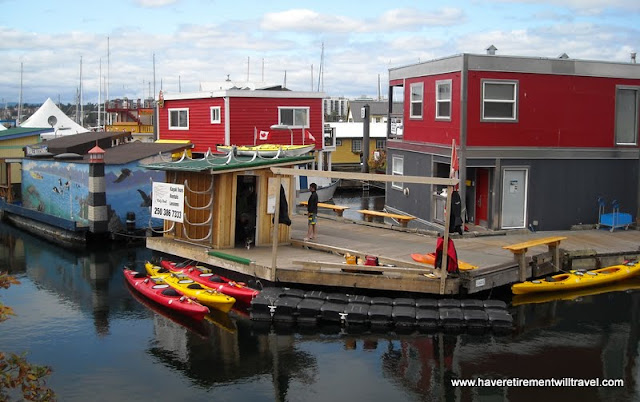 Leaving Fishermans Wharf, I took Lexie and Ozzie for a stroll along the wooden boardwalk along the shoreline back toward the harbor.  Wayne went back for the car and picked us up a few blocks later.

Have I mentioned that there are lots of wild blackberry bushes here?  Well there are and I'm developing a real "hankerin'" for a blackberry cobbler..

Hope you enjoyed our tour of Victoria.  We had a good time.