From Travelers World (Carefree RV) Resort, San Antonio, Texas      The six of us (Joyce, Charlie, Pam and Ernie) drove two days on the way to San Antonio from Abbeville, Louisiana. Our stopover at Brookshire, Texas was at a nice midway point. We gathered at our coach in the late afternoon for pizza and salad as we laughed and talked about what we'll do in San Antonio.

While stopped at the Texas Visitors Center, Ernie noticed our brake line was unattached. I guess it had been dragging for quite some time as the brass nozzle was almost worn completely off. There's no fixing this one. We traveled on without brakes on the truck, glad the terrain was flat.


Wayne and I were last to arrive at the San Antonio campground -- the others were already set up when we pulled in. We had dinner at a local steakhouse that afternoon.

So well known for the Alamo and the River Walk, these little known facts about San Antonio are interesting too:

Our plan is to visit San Antonio for a week and we began with a day trip to the River Walk, of course. Charlie, Joyce, Pam and Ernie took the bus -- Wayne and I, with dogs in tow, took our pick up truck. We parked and rendezvoused mid-morning. 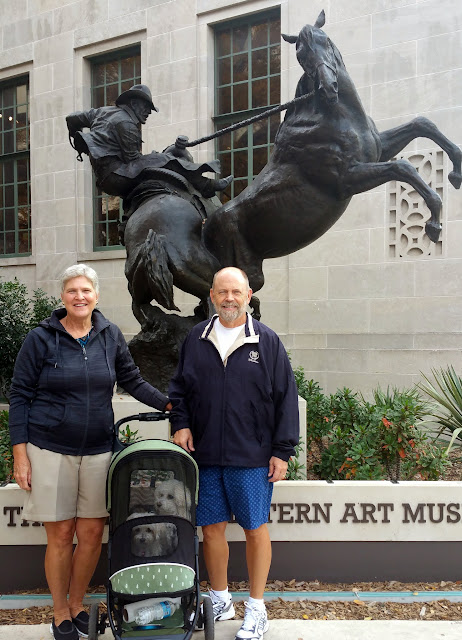 Downtown at the Briscoe Western Art Museum.
Along our way to the River Walk.
I liked the statue.


If ever I knew the origins of San Antonio's River Walk, I forgot it, so I was happy when we ran upon this monument with a plaque attached. It was not easily seen.

Some of my favorite river walk photos .... 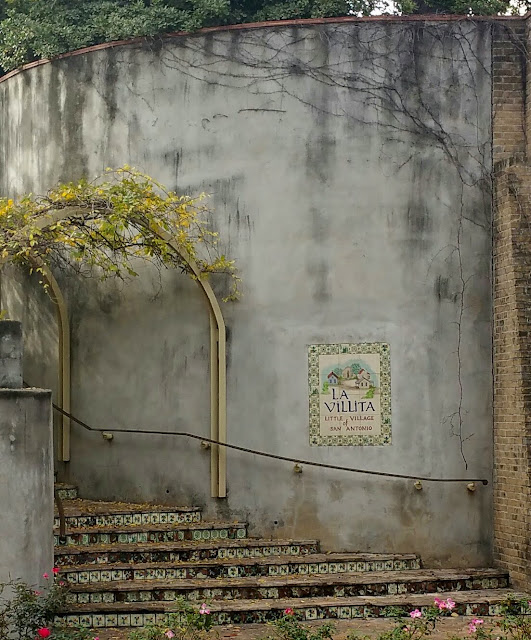 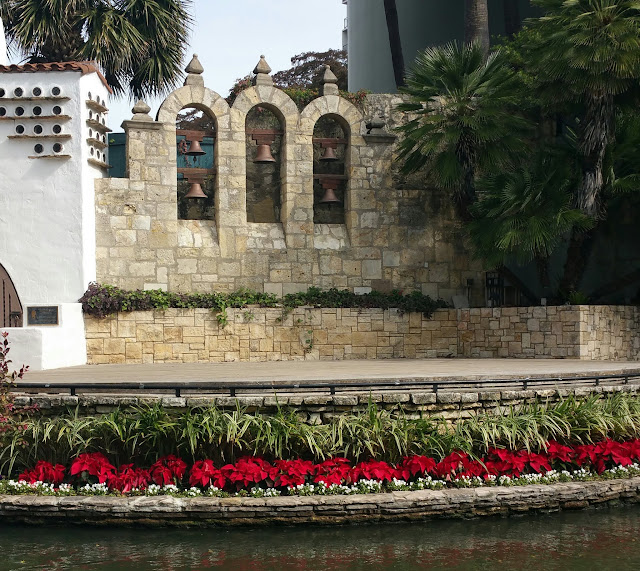 After lunch at Cafe Ole along the River Walk, we continued strolling until we came upon a ticket counter for the boat rides. Having the dogs with us, Wayne and I didn't take the boat ride. We walked back to the truck and drove to another lot where we'd park and go the Alamo.

We had toured The Alamo so we weren't terribly disappointed that we couldn't take Ozzie and Lexie onto the grounds in their stroller. It was a beautiful, warm afternoon and we enjoyed sitting outside, taking pictures and waiting for the others to emerge.  They finally did, but didn't see us and before we could get their attention, they had walked on down the street. We'd catch up with them back at the campground later that day. 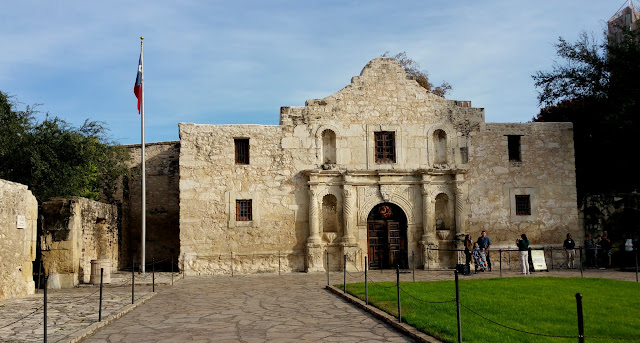 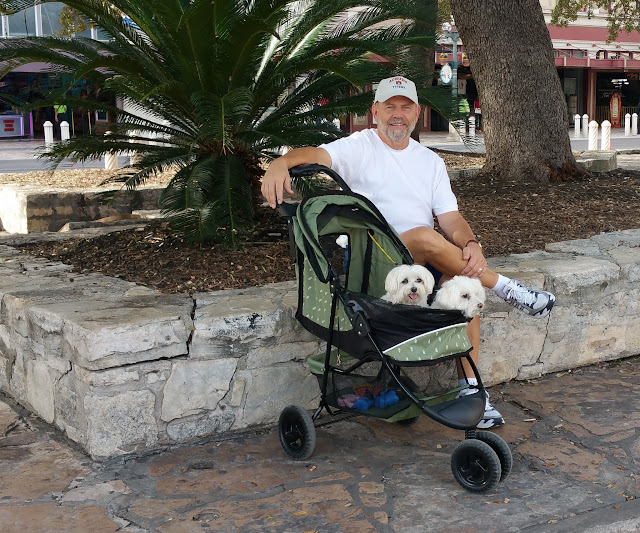 Golf on the Alamo Trail

One afternoon, Ernie, Pam, Wayne and I played golf at the Riverside Course, part of the Alamo Trail of courses. Another beautiful San Antonio day whether we played well or not.  I didn't, but the others did.

We plan to see a few of the local missions and take a drive to Gruene later in our stay. Meanwhile, we're eating out virtually every meal. All this Mexican food seems to be brimming with cheese and loaded with calories...
Email ThisBlogThis!Share to TwitterShare to FacebookShare to Pinterest