San Antonio: On A Mission

San Antonio is a mission lovers delight.  The missionaries who came here worked to Christianize the American Indians.  Early missions were communities built of wood or adobe and most were unwalled. When tensions grew between northern Indian tribes and mission residents, stone walls were built. Parts of the walls can be seen at some missions now.

What we call "The Alamo" today is actually Mission San Antonio de Valero. It was founded in 1718 and was was the first mission on the San Antonio River. Having already visited The Alamo, we'll try to see a few others while we're out with Joyce, Charlie, Pam and Ernie today.


This is the oldest unrestored stone church in America. Mission Concepcion was dedicated in 1755. 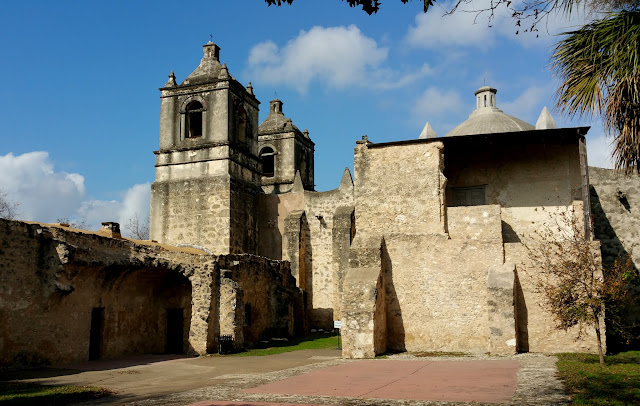 It was especially nice to be able to walk into the mission church which appears to be active today. I took pictures which really can't do justice to the feeling of serenity. 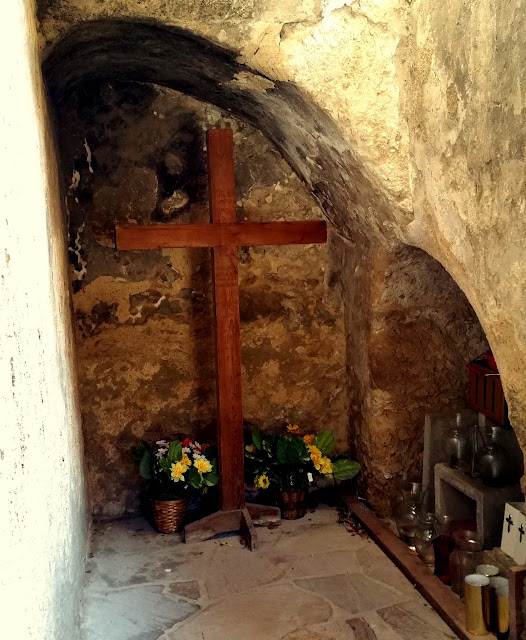 Frescos were an almost permanent way to decorate a stone wall back in the day when missions were built. Pigment was applied to wet limestone plaster and the color was absorbed.  The photo below is of a fresco wall. 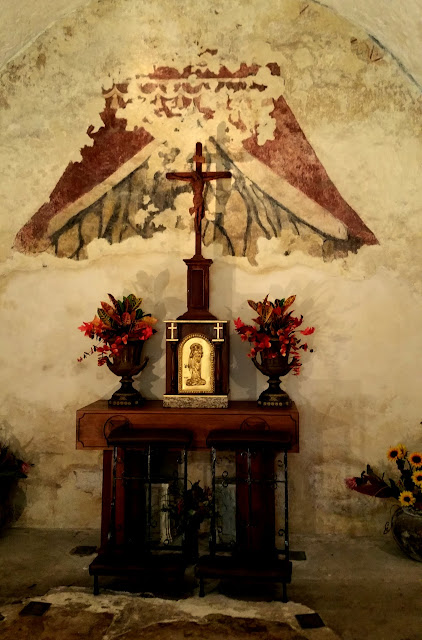 The fresco in the next picture has an interesting history. In 1988 a crew of art conservators removed 250 years' worth of dirt and non-original plaster which revealed a second eye, a mustache and a goatee of the ceiling sunburst (see the photo below) on a fresco that had, for decades, been called the "Eye of God" because there was but one visible eye. 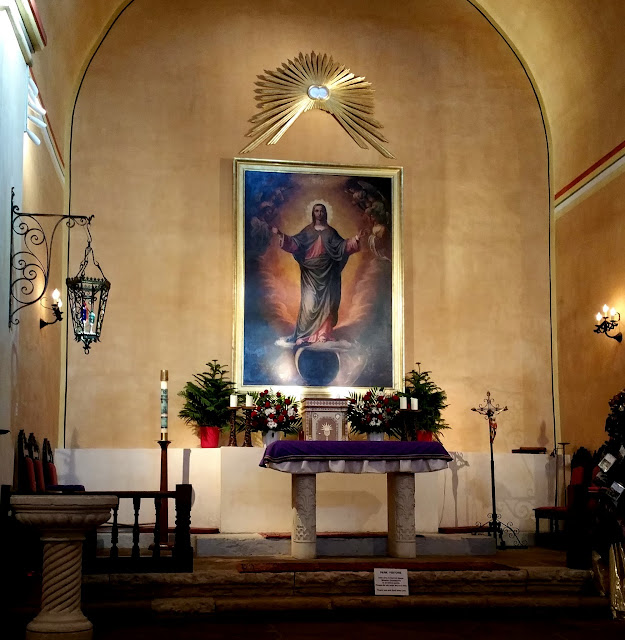 Then on to the next mission stop...


The first mission in Texas (founded in 1690) was near Weches, Texas was transferred to this site and renamed Mission San Francisco de la Espada in 1731.  A friary was built in 1745 and the church as it sits in this location was completed in 1756. 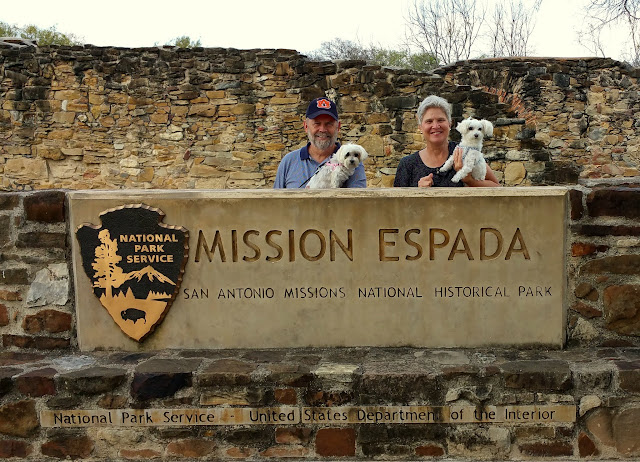 After secularization, these vocational skills proved beneficial to post-colonial growth of San Antonio. The legacy of these Native American artisans is still evident throughout the city of San Antonio today." 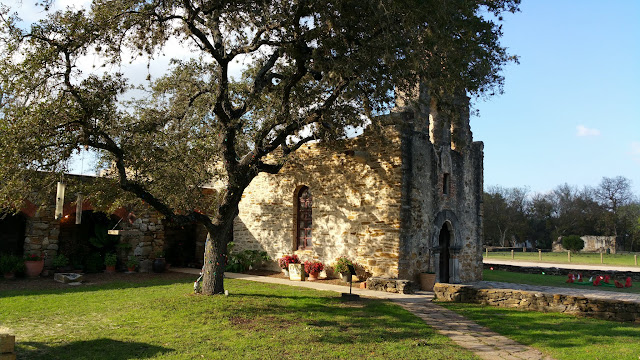 There were other Mission property available to tour. Charlie and Joyce visited Mission San Jose but we did not. The daylight was fading when we finished here so we headed back to town. This was our last day and we wanted to make one more trip to the River Walk for a last evening among the Christmas festivities.

We ate our "Farewell to Joyce and Charlie Dinner" that evening at Saltgrass Grill on the Riverwalk and had a last wonderful time together. Next morning we said tearful goodbyes as Joyce and Charlie turn their coach to the north. They're going home for Christmas with family in Wichita.


All six of us leave this morning. Pam, Ernie, Wayne and I will drive west to Big Bend and the Rio Grande Valley of South Texas.
Email ThisBlogThis!Share to TwitterShare to FacebookShare to Pinterest