Rip Van Winkle On The Bayou

From Betty's RV Park, Abbeville, Louisiana       On our last full day as tourists in Louisiana, the six of us drove south to Jefferson Island, Louisiana. Upon arrival we were greeted by a flock of beautiful pink spoonbills that I tried hard to photograph, but failed miserably. They are always in the area though as are some other rescued birds.

We are here to see the Joseph Jefferson Mansion and Rip Van Winkle Gardens. Like most everything else we've seen and done here, this proves to be a terrific choice for an adventure. 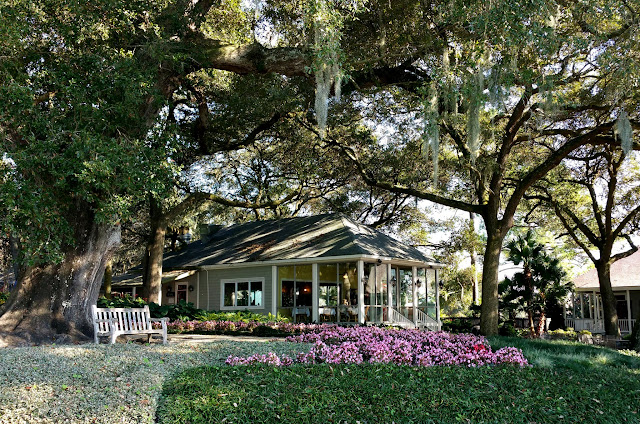 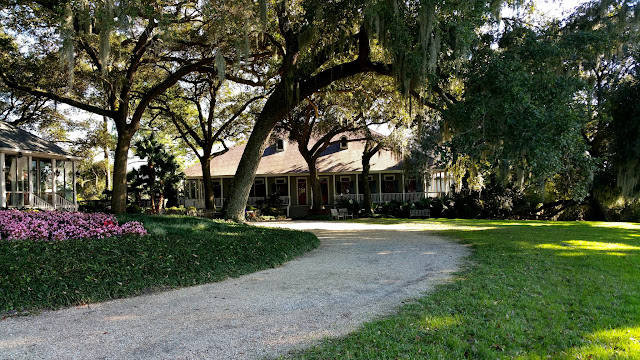 An interesting incident happened on this property in 1980, when a drilling rig accidentally pierced one of the caverns of the salt dome mines under Jefferson Island's Lake Peigneur. Within three hours, the entire eleven acre lake drained into the once profitable but now ruined salt mine beneath the earth. All the drilling equipment, a new 9-month old home and at least one barge were sucked down into a huge whirlpool. By some miracle, not a single life was lost that day. In the coming weeks, the barge somehow managed to pop back to the surface of the lake. The only remaining sign of the house is a brick chimney that protrudes from the lake. It's a weird sight but I failed to photograph it somehow.

It is commonly believed that the pirate, Jean Lafitte, seeking a hiding place, brought a shallow-draft pirate boat to this area and buried treasure of gold and silver coins on the Joseph Jefferson property. The claim was substantiated in 1923, when three pots of gold and silver coins were found beneath two large live oak trees here.  Seems a voodoo man called Daynite was around when the stash was found. Daynite absconded with the loot. The twin live oaks were named the Lafitte Oaks.

About the home. It is a twenty-two room mansion with a fourth-floor cupola. It's architecture is a mix of Moorish, Steamboat Gothic, French and Southern Plantation styling. I was especially happy to learn that almost all of the home furnishings are original to the owners.  The price of admission ($10 / $8 seniors) grants visitors the chance to tour the home's interior in addition to the gardens. I'm not usually thrilled at home interior tours, but this one was especially good and the credit goes, in large part, to the remarkably gifted woman who guided us through the home. Her storytelling ability are enviable. I failed to take her picture but she was sure good at what she does.

In addition to it's historical significance, the Joseph Jefferson Mansion and Rip Van Winkle Gardens on Jefferson Island serves as a splendid place for weddings and other special occasions. There's a cafe on the property and there are cottages available for overnight guests


With the conclusion of this property tour, our time in Louisiana will conclude and we will pull up stakes and move along.  Our next stop is San Antonio. We hope you'll join us there.
Email ThisBlogThis!Share to TwitterShare to FacebookShare to Pinterest