A Warm Day For The Pima Air Museum

Thank goodness, the weather is better today than yesterday. It's a scorching 50+ and it feels even warmer. It's a "dry" cold, after all.

The third largest display of aircraft in the country is here in Tucson at the Pima Air Museum. The idea began in 1966 when a group of retired and active duty officers began talks about the dwindling numbers of aircraft from World War II being lost and the importance of saving them for future generations.  From those initial discussions a group of planes was placed where they could be seen by the public. A foundation was created and the idea took off.....

Wayne visited Pima Air Museum back in the mid-1990's; I had never been so we drove over today to take a look.

Fortunately for us, the Pima Air Museum invites guests to bring their pets onto the property, except in the restaurant. There are plenty of outside tables for pet owners so that was not a problem. The museum discourages leaving pets in automobiles as the heat can be so deadly here... even in winter.  Lexie and Ozzie were thrilled to ride in their stroller and we were thrilled to have them along with us.


A beautiful display of patches drew Wayne's attention right away. He found his two right away and pointed them out while I photographed. 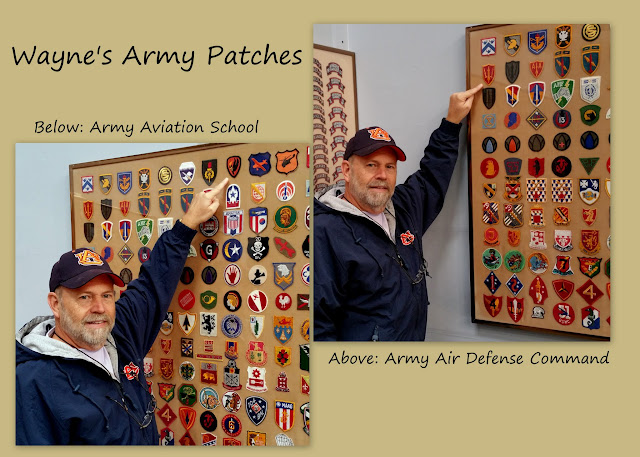 A short history of the Pima Air Museum:

In 1969, the last operational Consolidated B-24 Liberator in the world was donated to the air museum from the government of India. A volunteer U.S. Air Force crew made the final landing of the Liberator after a 31-day, 11,000 mile journey from India. General Jimmy Doolittle was on hand to meet the plane.

By 1975, 50 aircraft, helicopters and missiles were gathered here in the Arizona desert. To coincide with the 1976 Bicentennial Celebrations, the museum would open to the public on May 8th. Construction on Hangar 1 was begun in 1981. In 1982, a partnership with the 390th Bomb Group Memorial Museum Foundation was created and a museum dedicated to that group's history was opened in 1984. It is run as a separate museum by veterans of the 390th Bomb Group and displays a B-17G Flying Fortress among other fascinating artifacts of the group.

Hangar 3 was built in 1992 to display a prized B-24J Liberator and other World War II aircraft. Then in 1994, Hangar 4 would provide shelter for the B-29 Super Fortress. Hangar 2 contains mostly administrative offices, a library, archives and an exhibit for the Arizona Aviation Hall of Fame.

So off we go -- dogs in tow through the entry pavilion and into the Main Hangar.

Outside, planes were everywhere. Most everyone was drawn to the Blue Angels one, but the pinkish one caught my eye.

Into Hangar 3 now where we come nose to nose with the Liberator...
And then to Hangar 4


We had lunch on the patio of the Flight Grill and finished touring the outside displays. Here's a little more of what we saw... 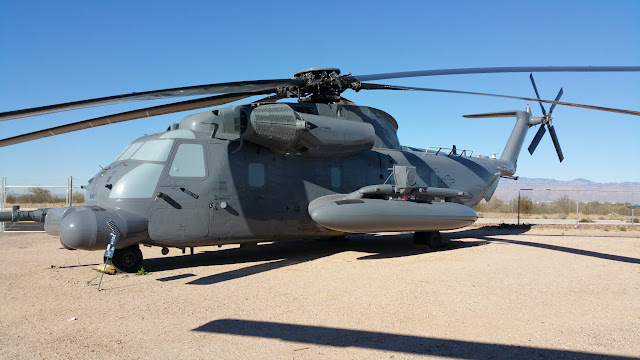 A few more photographs of other desert growth. 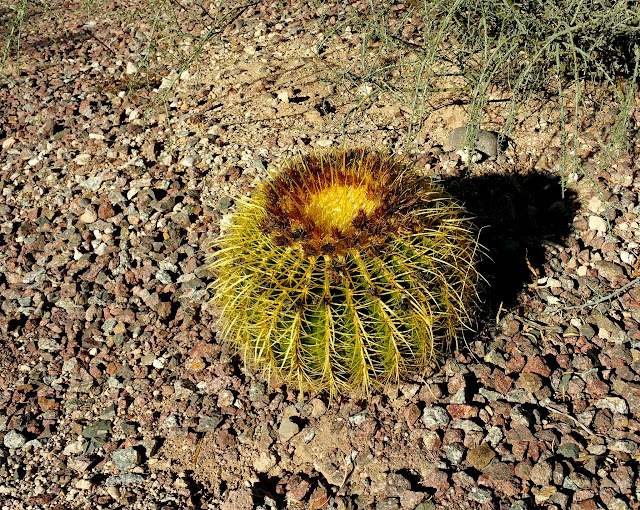 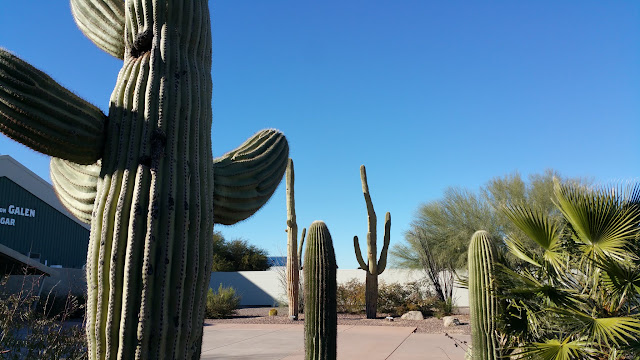