From the Charleston / Mount Pleasant area, we moved to Columbia, the capitol of South Carolina. I must say I'm falling in love with this beautiful state.  We'll be here only two nights, so on the afternoon we arrived, we set up camp and then headed over to visit Fort Jackson.

Fort Jackson is also home to the U.S. Army Soldier Support Institute, the Armed Forces Army Chaplaincy Center and School and the National Center for Credibility Assessment (formerly the Department of Defense Polygraph Institute). It also is home to the Army’s Drill Sergeant School, which trains all active and Reserve instructors.

Wayne wanted to see the Basic Training Museum at Fort Jackson and I strolled Lexie and Ozzie around outside while he went in for a few minutes.  Turns out the museum is an "unmanned, self-guided" tour and the stuff we really wanted to see was all outside.

Another items, which was a real interesting piece to us, is on display. 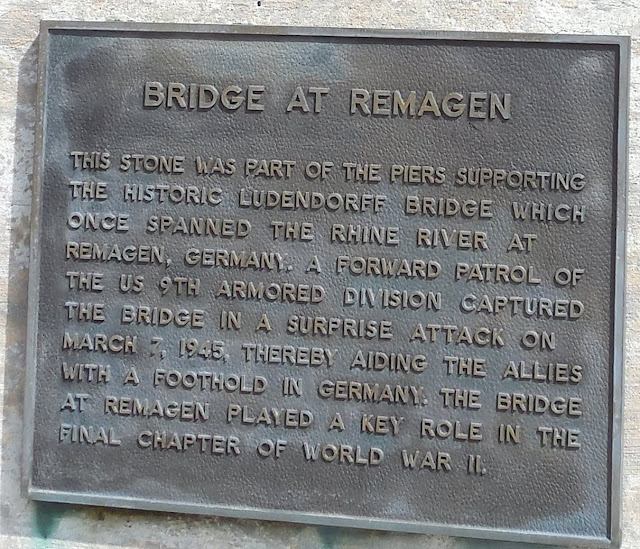 "Bridge at Remagen -- This stone was part of the piers supporting the historic Ludendorff Bridge which once spanned the Rhine River at Remagen, Germany. A forward patrol of the US 9th Armored Division captured the bridge in a surprise attack on March 7, 1945, thereby aiding the Allies with a foothold in Germany. The bridge at Remagen played a key role in the final chapter of World War II."
﻿


Since 1917, when fighting men have been needed for war, Fort Jackson has supported the Army. 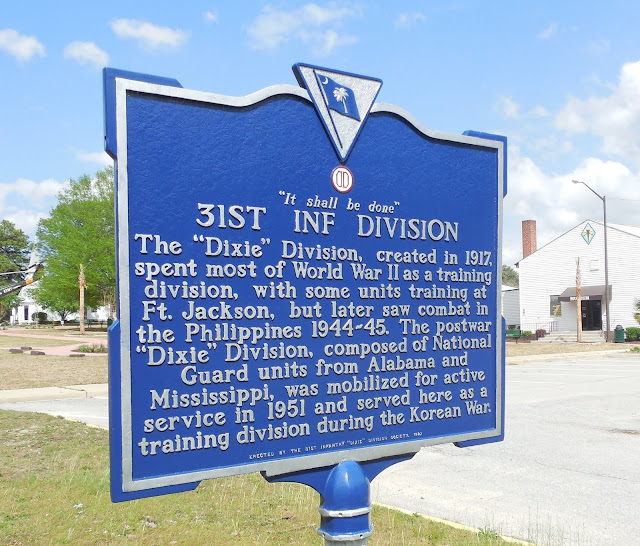 We enjoyed beautiful weather this afternoon for our visit to Fort Jackson. Tomorrow we hope to have a bit more of it to visit the capitol city's downtown area.
Email ThisBlogThis!Share to TwitterShare to FacebookShare to Pinterest