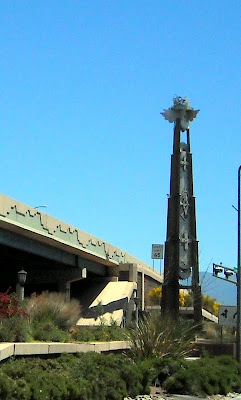 
Old Town in Albuquerque seemed inviting to me as a tourist.  I could tell Wayne didn't care for it. We drove the same 3 or 4 streets 3 or 4 times before I suggested we move along. He was happy, I could tell.

The photo to the right is of an interesting modern totem pole type thing seen from the highway.  The roadways in Albuquerque are so beautifully done and painted in such good colors.

This really is a beautiful city. 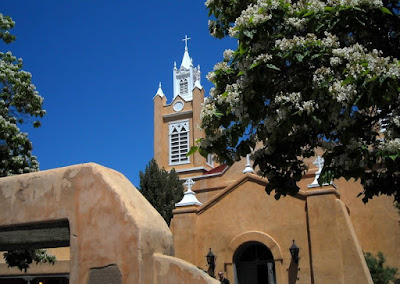 The steeple is all of the beautiful old church I could catch in a photo from the car seat.

All this is in Old Town.

There was a nice shady park in the center of town.

There's plenty more to see but maybe another time.... 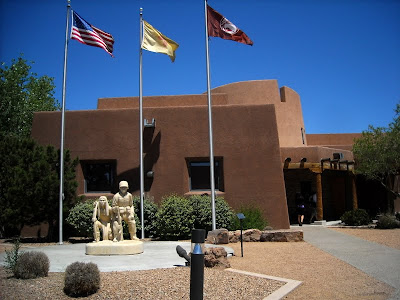 From Old Town we drove to the Pueblo Cultural Center where we had hoped to have lunch on the patio outside but found we couldn't bring Lexie and Ozzie so we opted for a Five Guys burger.

... followed by a Blizzard at Dairy Queen.

The world's longest passenger tramway is here in Albuquerque in the Cibola National Forest.  The tram was manufactured by Bell Engineering in Lucerne, Switzerland and construction took place between 1964 - 1966 at a cost of $2 million.

Driving back down the mountain I took a few pictures of some houses. 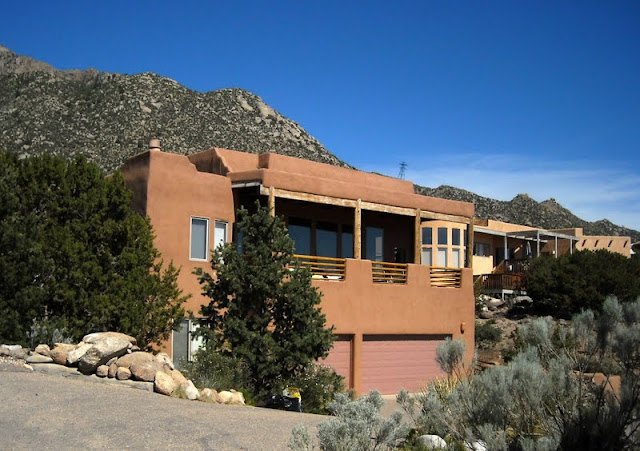 Could I live in the desert?  I don't know. Sometimes I think so and then other times, it just seems too dry and hot.  Fortunately, that's a decision we don't have to make.

Life is good. Real good.
Email ThisBlogThis!Share to TwitterShare to FacebookShare to Pinterest