Aztec To Towaoc: Where In The World Is This? 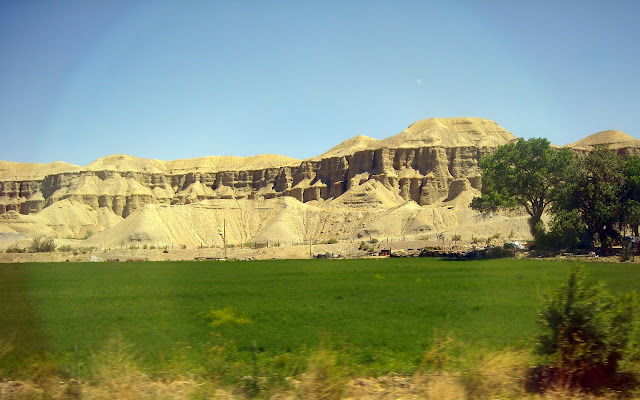 From Aztec, New Mexico we traveled across the continental divide and into Farmington, then Shiprock, New Mexico. We followed alongside the San Juan River. At Shiprock, just in view of the 7,178' namesake Shiprock Peak, we turn  northward on our way up to Cortez, Colorado. Unfortunately, I didn't get a photo of Shiprock Peak because I procrastinated -- thinking we'd get closer.

Surprisingly, there seems to be plenty of water here though most of the land is desert. The picture above shows that stark contrast of green grass against a rock mountain. Hard to see, but there's a farm home in that clump of trees and some vehicles to the right. Seeing these things gives a better perspective of the overall size of that mountain.

We're within 30 miles of Four Corners; the only point in the United States where four states come together.  We're also inside the Great Circle that encompasses parts of Utah, Colorado, New Mexico and Arizona. It's called the Great Circle because of the natural beauty inside the imaginary ring.
. ﻿ 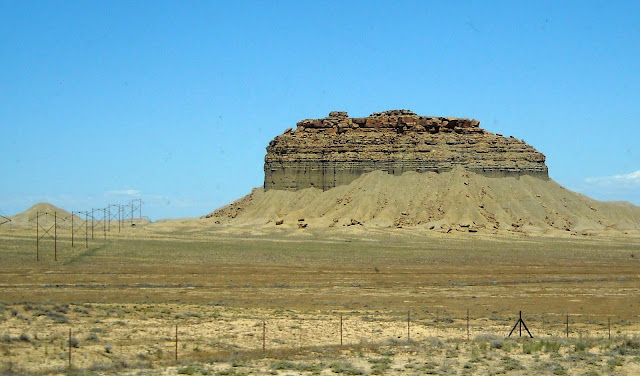 I don't know that these giant rocks have names.  If they don't.... they should. They are beautiful. 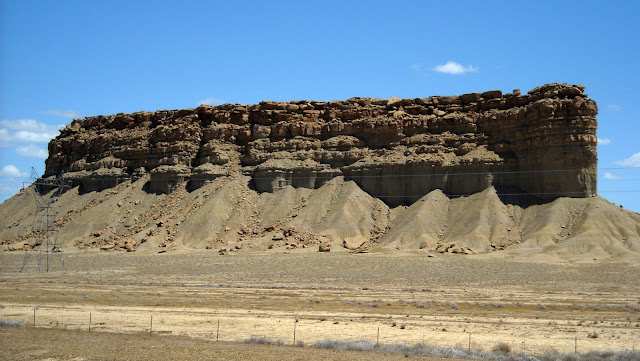 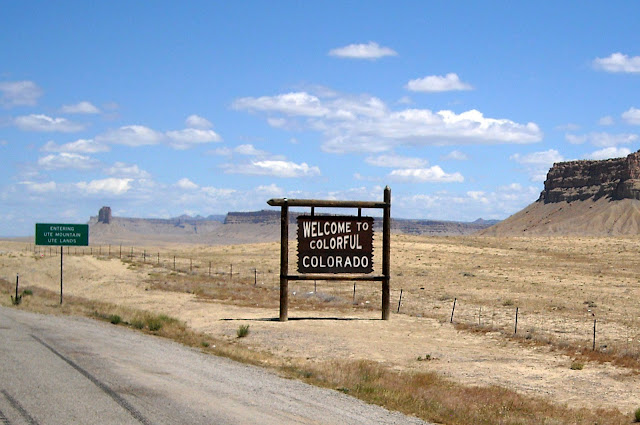 These pictures might be misleading as they make this place look very hot.
It is not hot here today. It's pleasant -- low 70's probably.
Our destination lies in the small horizontal sliver of green between and below the two peaks.
We are traveling in the Ute Indian Reservation and our campground destination
is Sleeping Ute Mountain Campground at Towaoc, Colorado. 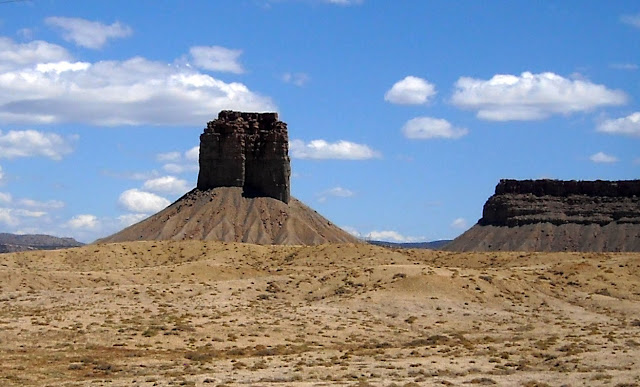 We a few miles south of Cortez, Colorado, due west of Durango and not too far from Mesa Verde National Park.  We're at Sleeping Ute Campground which is part of the Ute Indian's Casino property.

The photo below, while taken through the windshield of the car and seemingly is just another of my many bad photos is really a story in itself...