The National Museum of Nuclear Science and History

The National Museum of Nuclear Science & History in Albuquerque, is the nation’s only congressionally chartered museum in its field.  With very strong (and cold) wind gusts predicted, we made a day of re-learning the story of the Atomic Age. 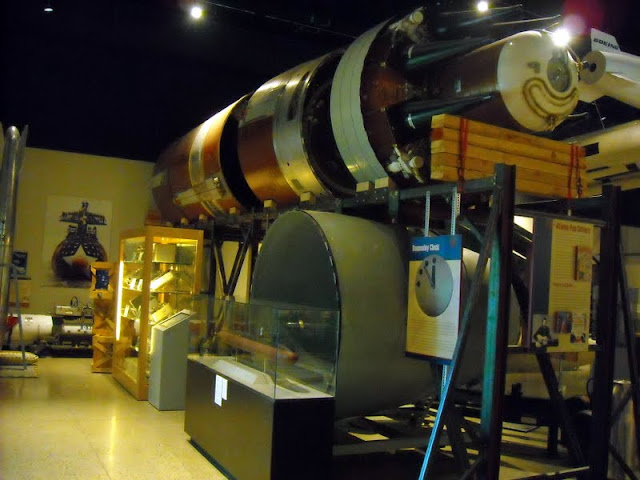 "The Doomsday Clock is a symbolic clock face maintained since 1947 by the Directors of the Bulletin of Atomic Scientists at the University of Chicago. The clock was started at seven minutes to midnight during the Cold War in 1947 and it represents the analogy of the human race being at a time that is a few minutes to midnight, where midnight represents destruction by nuclear war. The clock has been moved forward or backward, depending on the state of the world and prospects for nuclear war. The hand of the clock has moved 17 times since it's inception and was the closest to doom in 1953 -- two minutes to midnight -- when both the US and the Soviet Union tested thermonuclear devices. The clock has appeared on the cover of each of the Bulletin of Atomic Scientists since its introduction.

In January 2007 the Doomsday Clock hands were moved forward two minutes -- to 5 minutes to midnight -- to reflect growing concerns about worsening climate change and the increasing odds of nuclear war threatening our survival. The nuclear ambitions of Iran and North Korea, the unsecured nuclear materials in Russia and elsewhere, escalating terrorism and the continued launch-ready status of 2,000 nuclear weapons held by the US and Russia were listed as reasons by the atomic scientists. Additionally the new pressure from climate change for expanded civilian nuclear power and its associated proliferation risks was also mentioned." 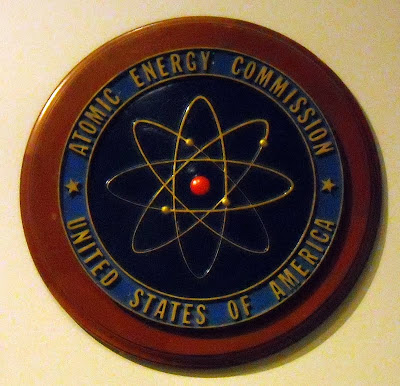 Lexie and Ozzie remained comfortabe in the car while we visited the museum. I tried to take them for a walk around the grounds as they like to walk on concrete, but the winds were so strong, they very nearly blew away!  Later we found a sidewalk behind a wall for a little stroll.
More wind is predicted for tonight along with a 20% chance of rain. We had planned to give the rig a 2-day washing but that project might be was placed on hold for another time.