Dinner At "The Big Texan" And Parting With Friends

Landon, Marcella, Wayne and I had a "hoot" of a time at The Big Texan Steak Ranch in Amarillo. It's just a mile or two east of Amarillo Ranch Campground -- that's a good thing so we wouldn't be stuck in the car for a long time after eating such a huge meal.
So here's the story about The Big Texas Steak Ranch, which is, incidentally, ONLY in Amarillo  They advertise (all along I-40) a "free 72 oz steak dinner" and this legend came about like this (according to the souvenir plastic cup I brought home): Seems this table full of hungry cowboys competed for Big Texan bragging rights by eating 1-pound steaks over a one hour period of time. When the hour ended, one cowboy had eaten four and a half of those one-pound steaks (72 ounces), shrimp cocktail, salad, baked potato and bread. The restaurant's founder vowed from that day forward the dinner would be free to anyone who could eat it in an hour. 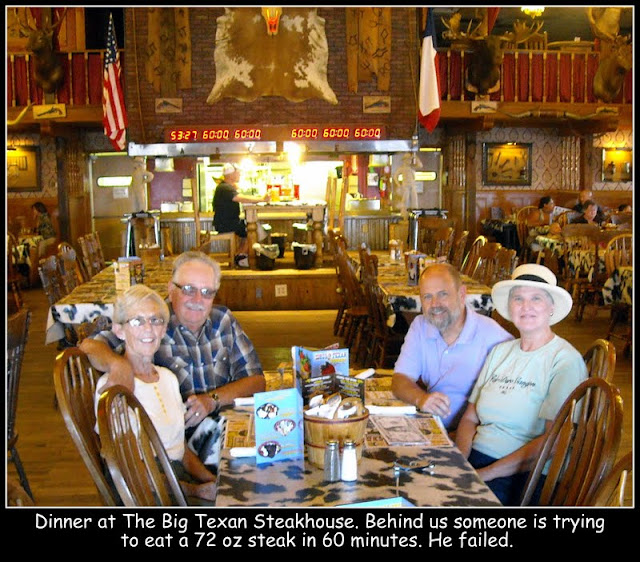 My souvenir cup reports that a professional wrestler downed two of these gargantuan 72 ounce steak dinners (with all the extras) in the one hour time limit back in 1963.

The oldest person to eat the steak in the one hour limit was a 69 year old grandmother. Her name is not reported on my cup.

The youngest person to eat the steak was an 11 year old boy. Again, no name on the cup.

This was our last night with Landon and Marcella.  Next morning they were ready to pull out long before Wayne and me.  As we always do, Marcella and I shared tearful hugs but then moved on to photographing ourselves with the new rigs... 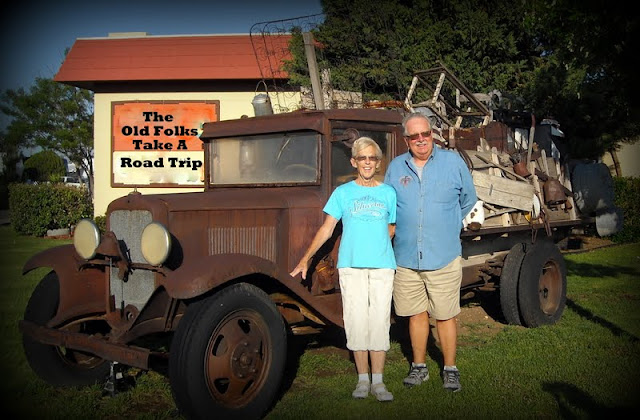 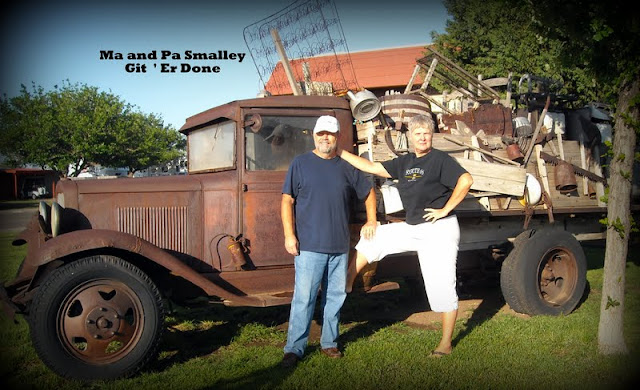 They are headed east and we're on our way farther west in search of cool weather. Our next stop will be in Albuquerque -- we hope. 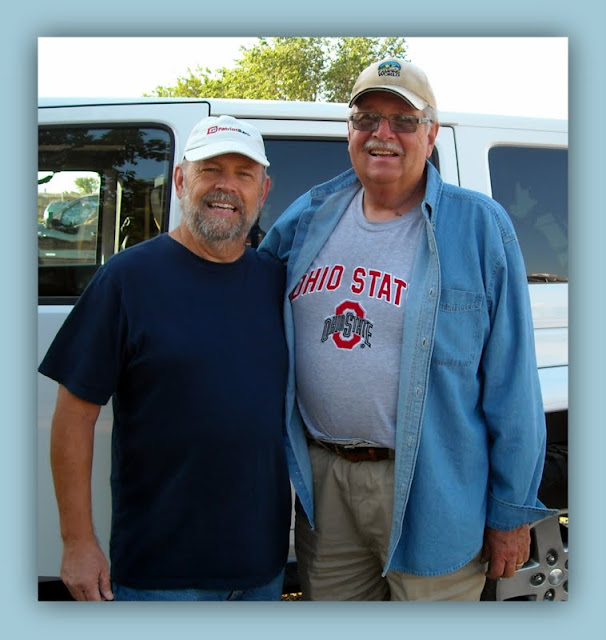