From Los Angeles we traveled north through Bakersfield into Porterville where we had chosen an Army Corp of Engineers Campground as base for visiting the Sierra Nevada mountains.

The COA Tule Campground at Lake Success is just east of Porterville, California. It has 50 amp service but has no sewer. The sites are large and the rural area gives us a much-needed break from the rush of southern California civilization. Most of the visitors to this park come to fish. The mountains we're in these days look like they're draped in green carpet -- smooth and grassy.


Our initial plan had been to go right up the coast but we wanted badly to see the national park and those beautiful old Sequoias. Using much-too-much diesel fuel criss-crossing the state, we just couldn't help ourselves and faced the expense like adults. The area we're talking about here boasts the largest tree on the earth -- the General Sherman Sequoia. Also the highest mountain peak in the contiguous United States -- Mount Whitney, at 14, 494 feet. Sequoia National Park is the second oldest national park and was created in 1890.

Our day-trip drive from the campground into Sequoia National Park was a long one but scenic. We drove through Lemon Grove (yes, lots of lemons growing here) and then Three Rivers before entering the National Park's Ash Mountain Headquarter entrance.

Now let me say here that the terms "Park", "Forest" and "Monument" seemed to be used interchangeably so I found the real scoop.  It's like this: We have Sequoia National Park and Kings Canyon National Park.  Then there's Sequoia National Forest and Giant Sequoia National Monument.  All are federal lands but they have different histories and purposes. National Parks keep landscapes unimpaired for the future. Park Rangers work for the National Park Service and that's part of the Department of the Interior.

National Forests have multiple uses and provide services and commodities that might include lumber and livestock, minerals. Forest Rangers work for the US Forest Service, an agency of the Department of Agriculture.

This area encompasses the most rugged portions of the Sierra Nevada Mountain Range. The elevations change from 1,500 feet to 14,44 feet, creating a huge variety of habitats for plants and animals. Desert succulents, giant mountain peaks, deep canyons, tall evergreens, blooming bushes and more can be seen. 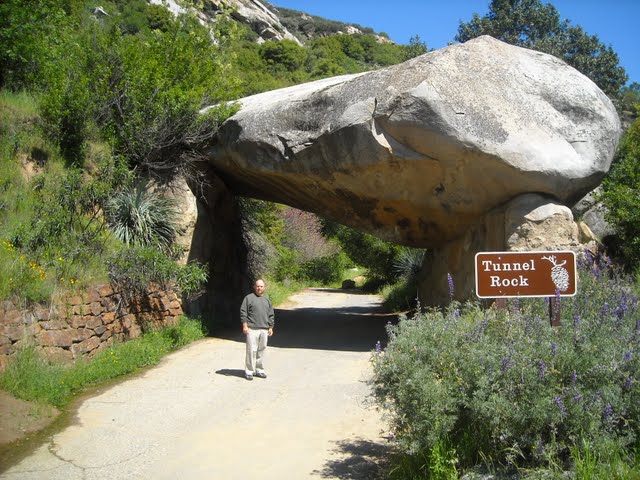 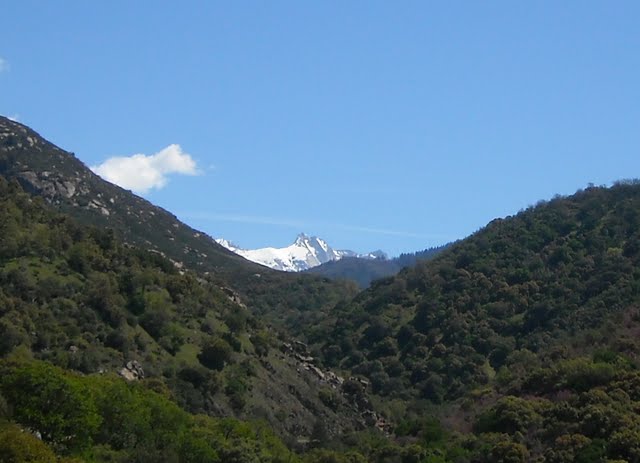 We stopped to eat our picnic lunch at a nice little area alongside Hospital Rock, just past Tunnel Rock. 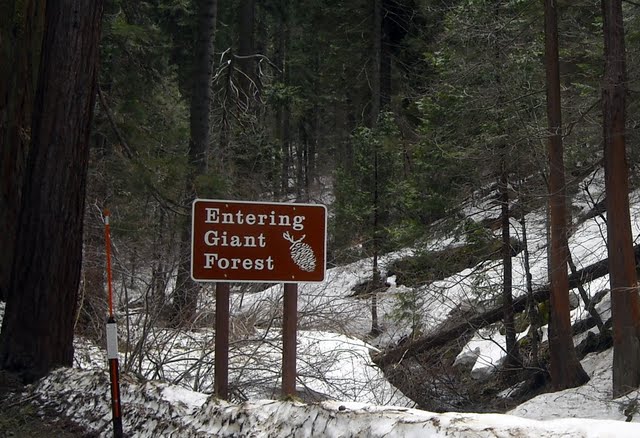 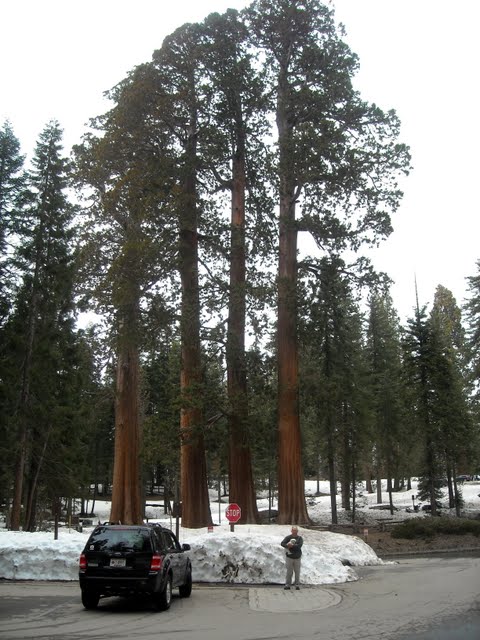 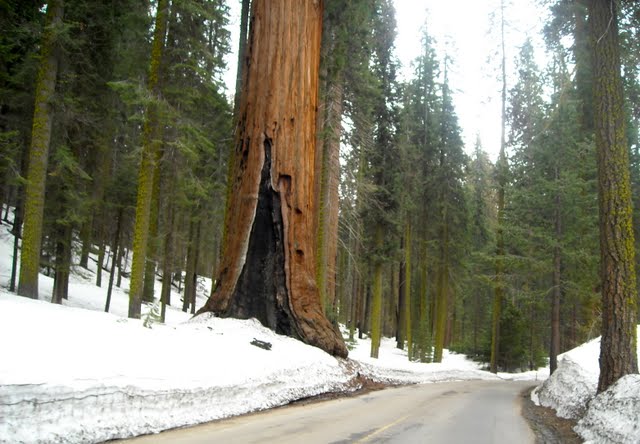 Sequoias don't die of old age and they are resistant to fire and insect damage. Most die by simply falling over.  A pine cone can hang onto a Sequoia for up to 20 years!

We drove all the way through the Giant Forest and up to Lodgepole Visitors Center. Here the road closed due to the remaining snow on the road.

The following day we took a short ride into Giant Sequoia National Monument in the national Forest and to the road's end at Camp Nelson.  Along this route, we saw still more beautiful mountains and deep canyon rivers. 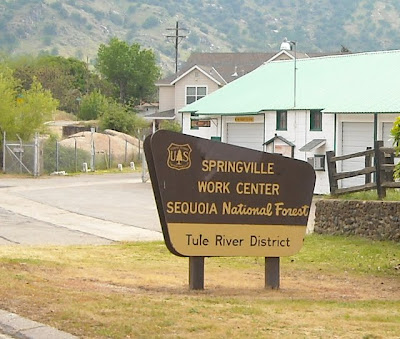 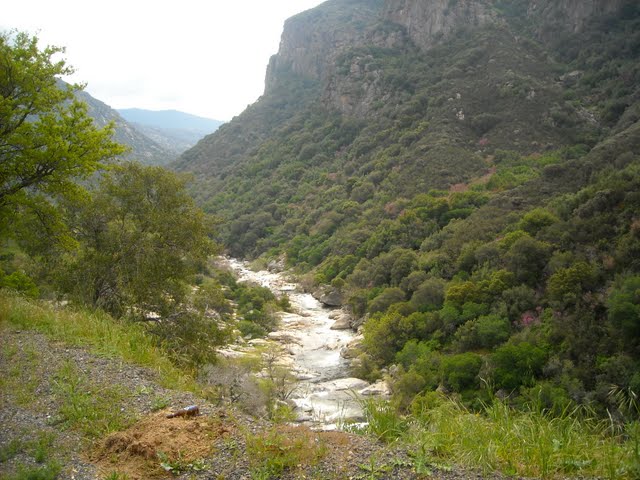 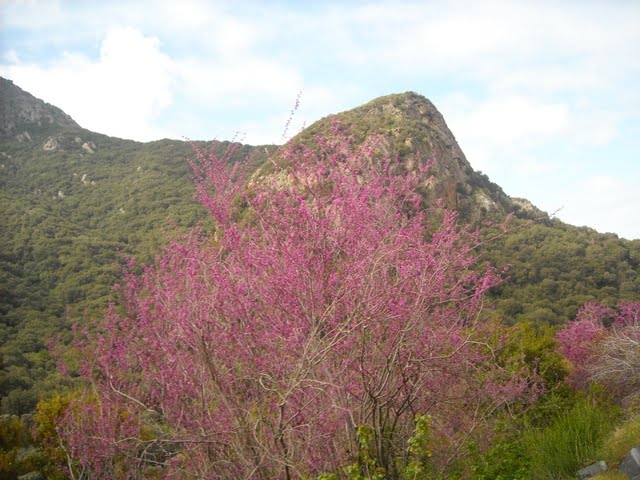 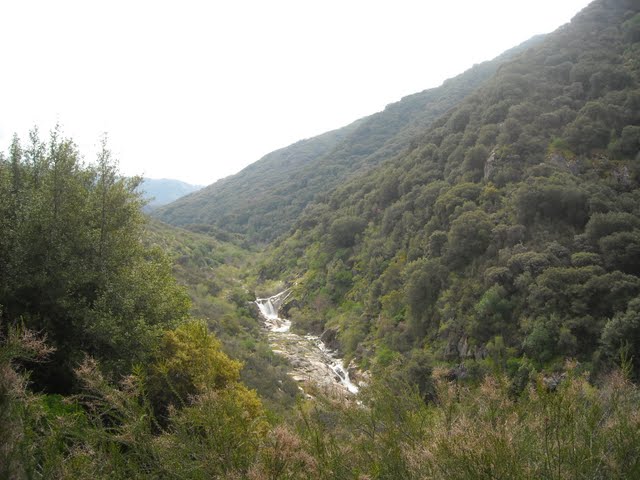 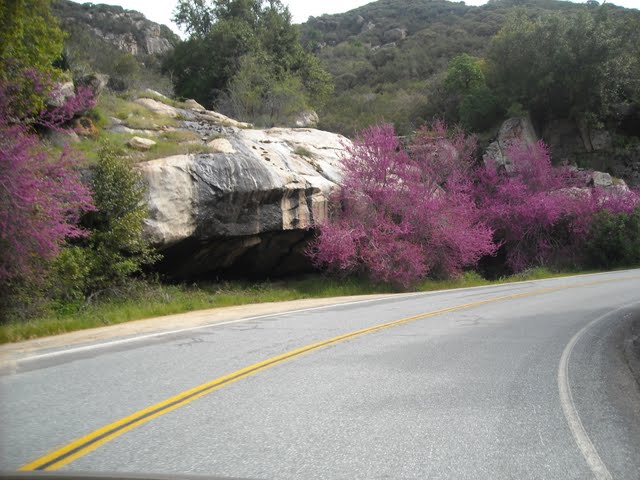 Our final destination was Camp Nelson where we turned around and travel back down the mountain.