Our Hearts Are in San Francisco

San Francisco has been a favorite place since our first visit here some 25+ years ago.  This is only my second visit, Wayne's fifth.  It's a lovely city and it's as nice now as it was the first time we were here.  Some of our favorite places, old and new...


Embarcadero and the Wharf Area

Lombard Street
Crowds of tourists stand at the top and the bottom of Lombard Street. It's the world's crookedest street.
It zig-zags eight hairpin turns all the way down single block on Russian Hill. The street's design was born of necessity in 1922 to negotiate the steep 27% grade. Lombard Street is 1/4 mile long and is paved with red brick. In Alfred Hitchcock's 1958 film, Vertigo, Jimmy Stewart's character, Scotty Ferguson, supposedly lived at 900 Lombard Street.  I don't think it's on this part of Lombard however. 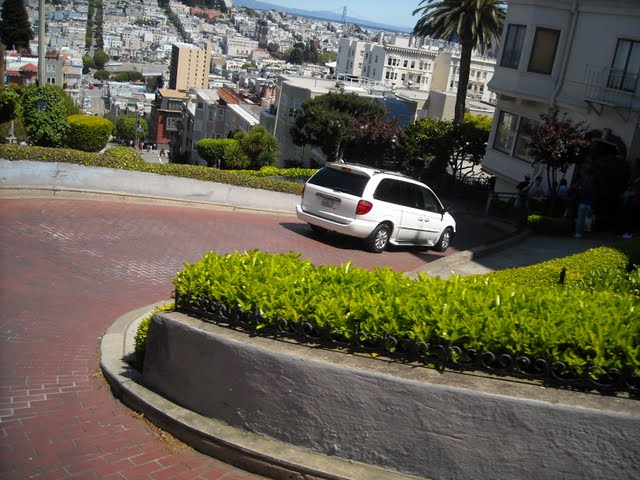 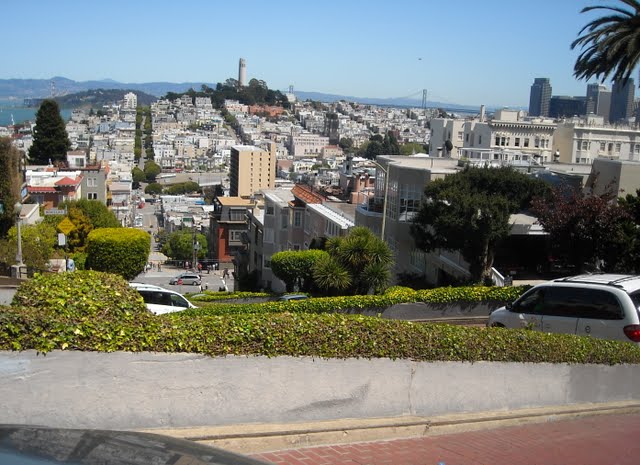 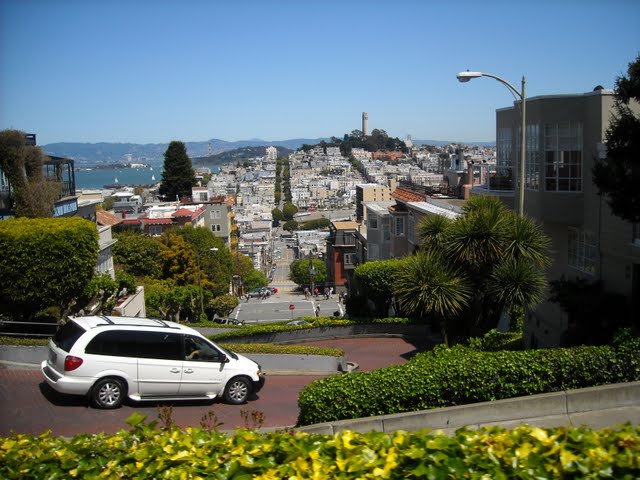 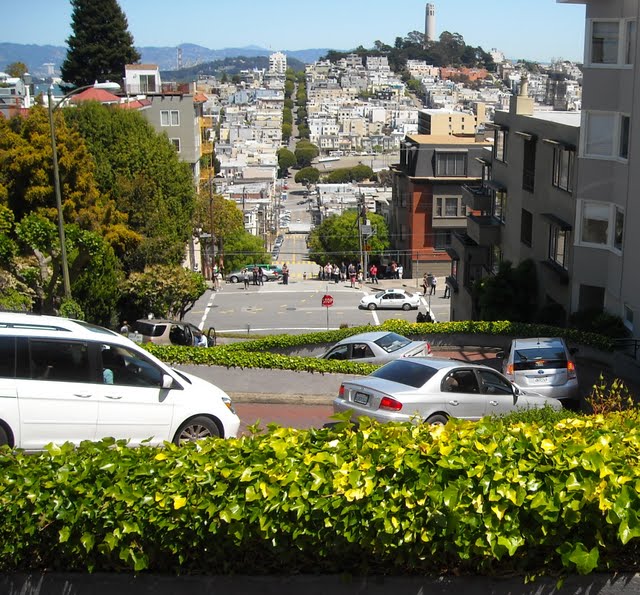 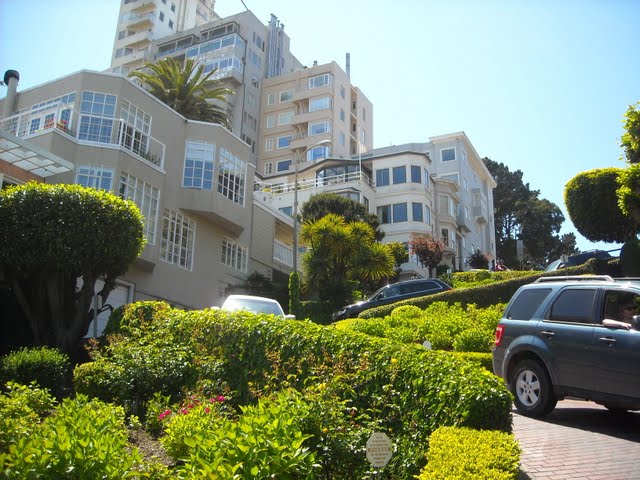 Houses and Architecture
I didn't make a note of any of these addresses.
The houses here are all so pretty. This is just a few for the sampling... 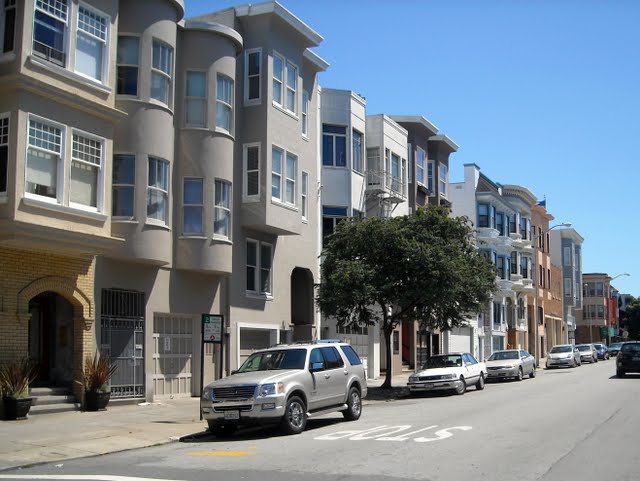 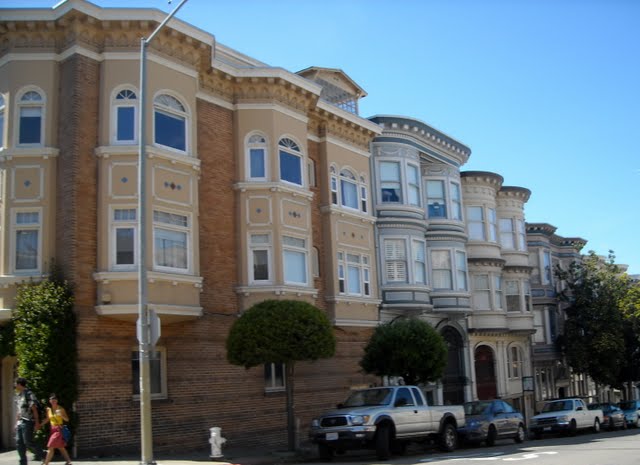 Alcatraz
Known as "the rock" tiny Alcatraz Island has served as a lighthouse, military fortification, military prison and a federal prison. In 1963, by order from Attorney General Robert F. Kennedy, the prison was closed.  Two reasons caused the closure: the $10 per inmate, per day expense was $7 more than average.  Sewage from the inmates were polluting the water and San Francisco.
The property is now a National Recreation Area. 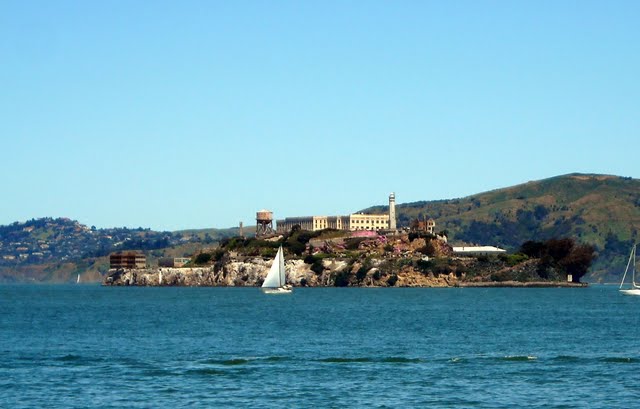 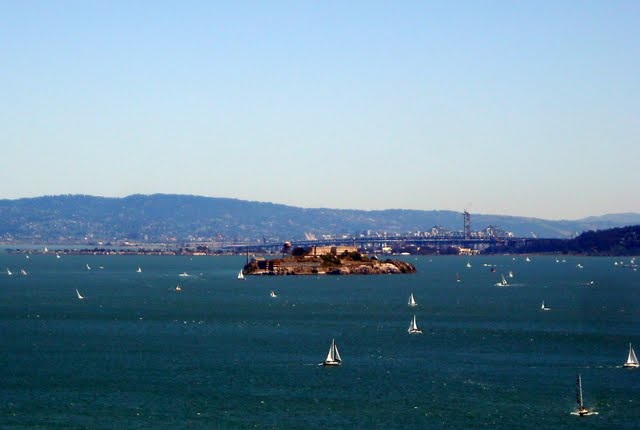 Golden Gate Bridge
There's no reason to write anything about the Golden Gate Bridge -- except this: Painting of the bridge is an ongoing project. Never ending. It is always being painted.  It's that big a project. 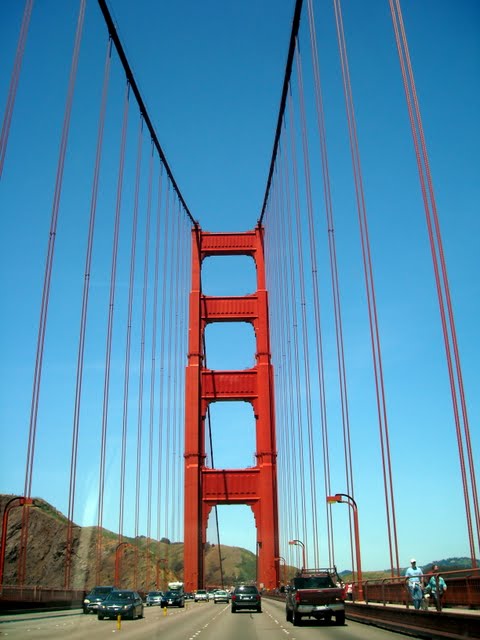 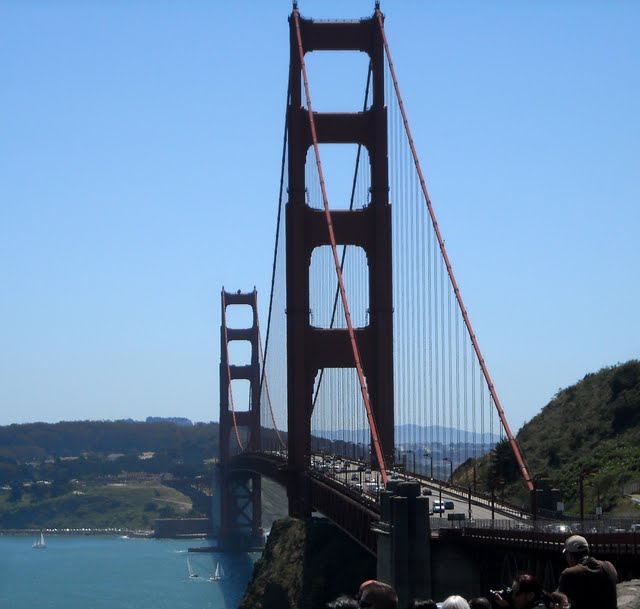 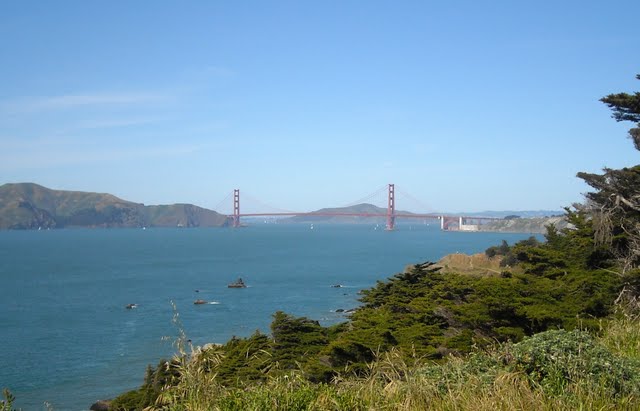 Buena Vista
America's first Irish Coffee was served here in 1952.
This famous restaurant is a favorite of ours. 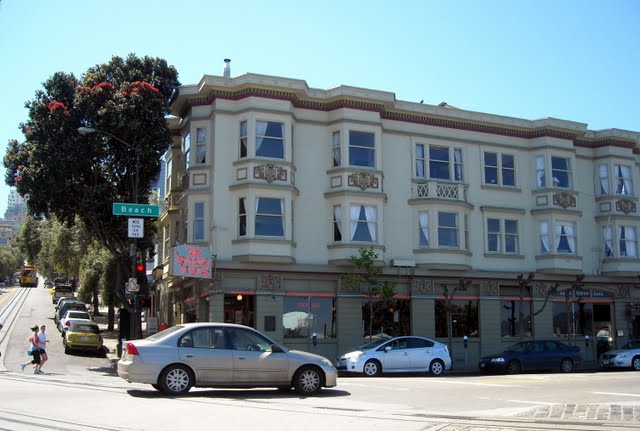 Coit Tower
This 210 foot tower was built in 1933 with money bequeathed by Lillie Hitchcock Coit.
Murals of early San Francisco are painted on the interior walls.
The tower was built to honor the many deaths from the earthquake and fire of 1909.
It is an Historical Landmark. 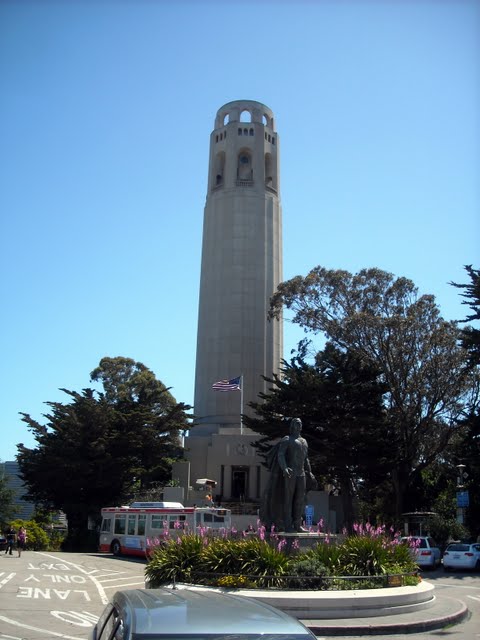 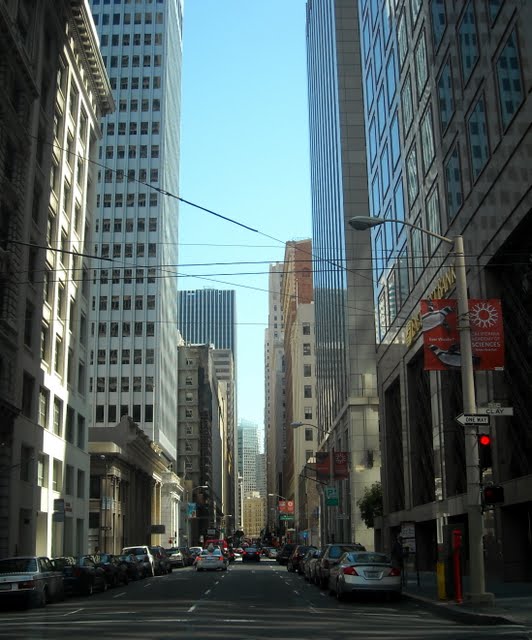 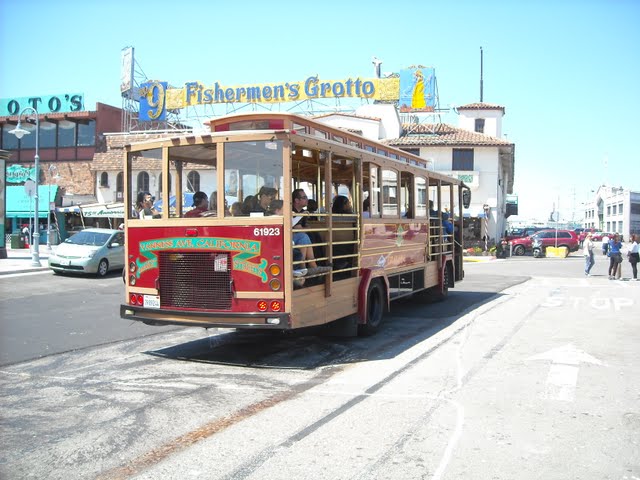 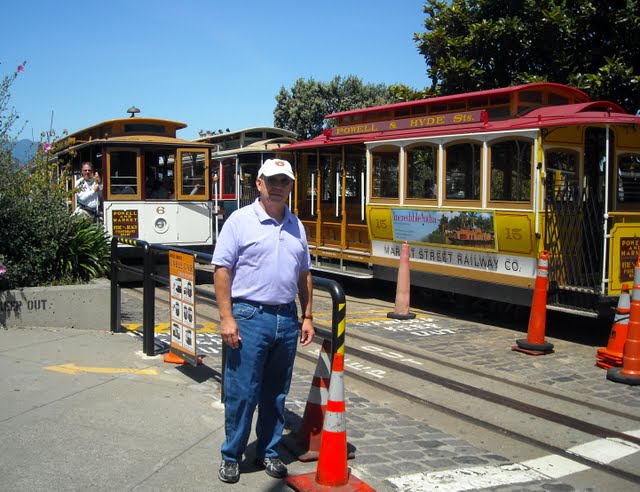 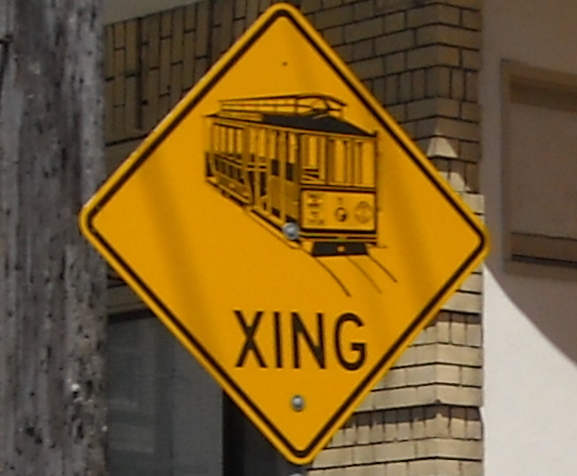 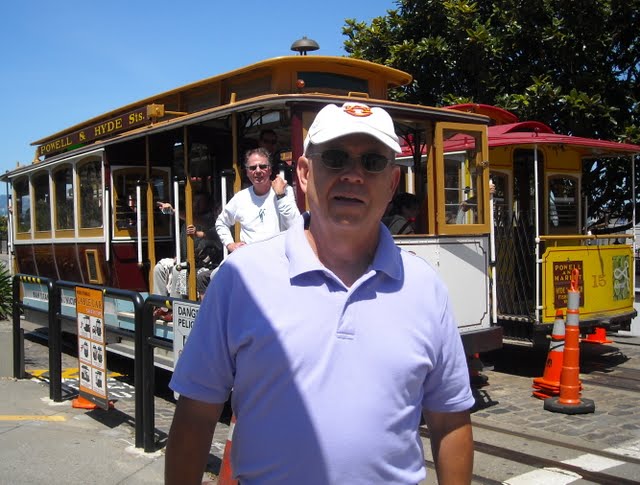 ﻿﻿This is a view of the lower level of vehicle traffic on Oakland Bay Bridge. Traffic going into San Francisco is on top of us! Horrors.
Email ThisBlogThis!Share to TwitterShare to FacebookShare to Pinterest