Yosemite National Park turned out to be an 80+ mile trip (each way) from our Columbia, California campground. We got an early start on Wednesday, April 27 to explore the Yosemite Valley via the Northern Entrance to Yosemite. This would give us the opportunity to see the most famous sites.  The Ansel Adams Wilderness, the Mariposa Grove of Giant Sequoias and other sites in Sierra National Forest would just have to be for another visit.  As we started the upward, we stopped at a turnout for this awesome shot of Don Pedro Lake.

We reached the Stanislaus National Forest and made a stop at the Rim of The World Vista and the dedication to the loss of the first female CDF firefighter, Eva Marie Schicke, who died fighting the September 2004 wildfire in this valley.  Over 149,000 acres burned. 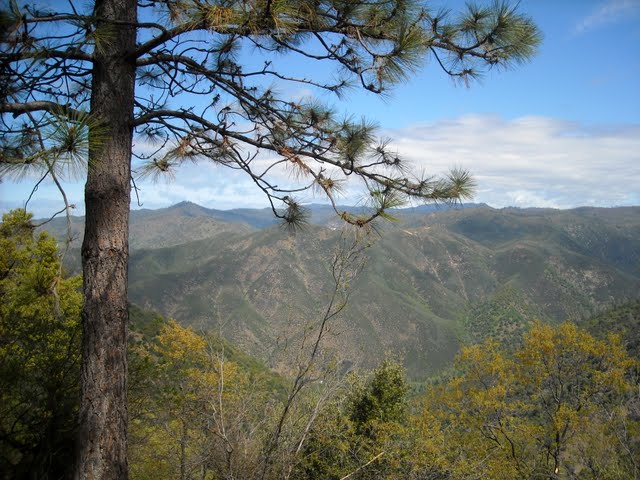 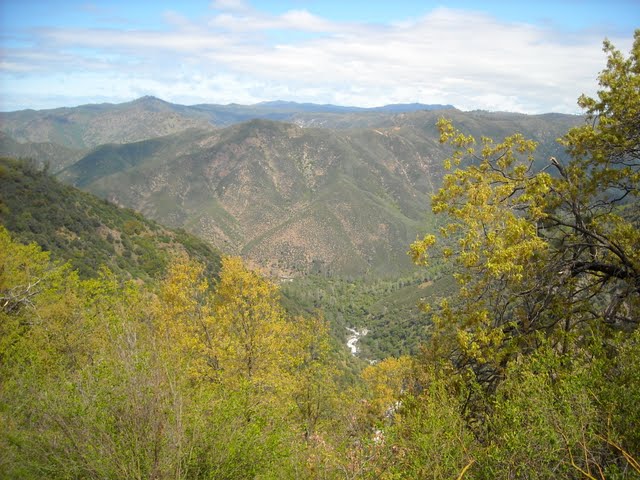 We drove a good long while before we entered Yosemite National Park. The forest along the way was diverse and we found the moss growing on the sides of the enormous trees to be particularly beautiful. It almost glowed "lime green" in the sunlight.  Later on we entered another area of burned forest.


We stopped at an area known as "Valley View" to get our first shots of the wonder of Yosemite -- all from such a great distance we would find out later... 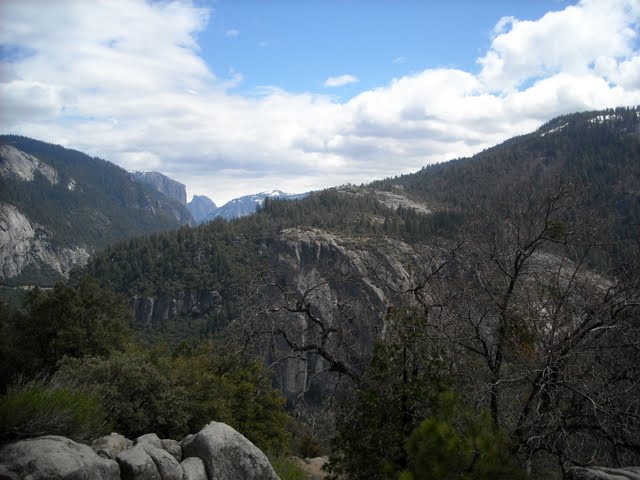 One of the things I dislike about traveling through the mountainous areas in California is the drive we have to make through tunnels. In aging I've developed a phobia about bridges and tunnels. Holding tight onto Lexie (she doesn't like tunnels either), I held my breath until we came out the other side of this one. 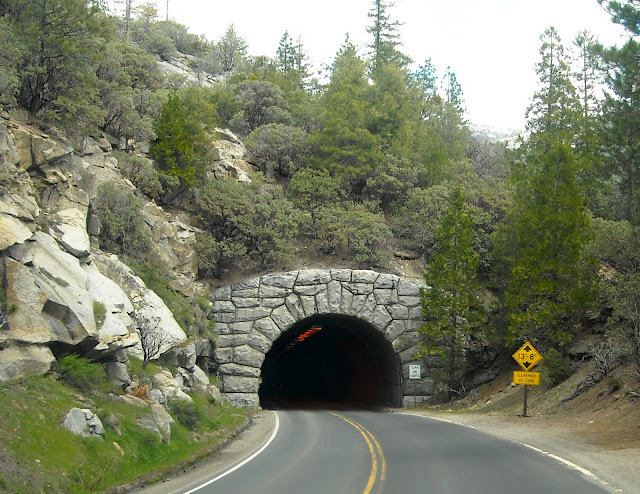 The Merced River runs the full length of the Yosemite Valley. That's it below in the picture below. 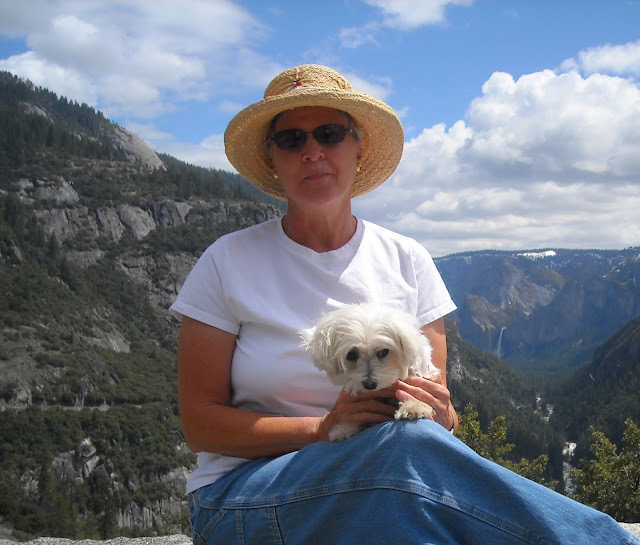 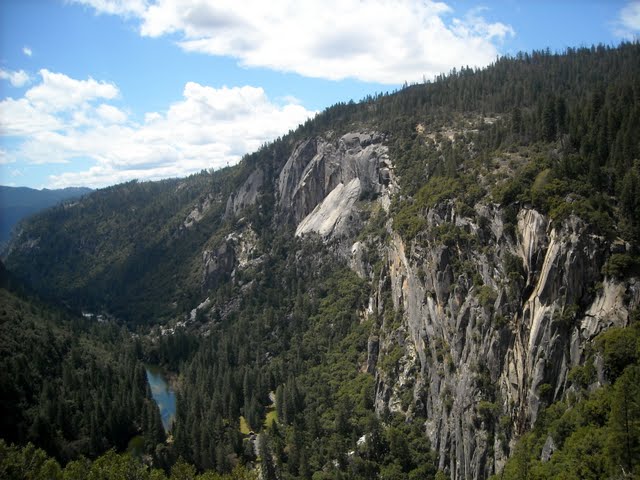 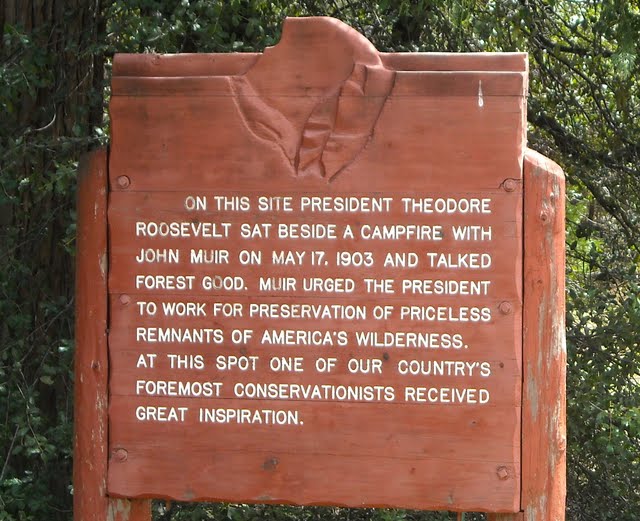 At this point we reached the valley floor. I never felt so tiny as I did while we were here. Everything.. all around is HUGE.  Giant waterfalls, trees that seem to reach to the clouds and those ENORMOUS cliffs! Things here are absolutely so large they are difficult to photograph. 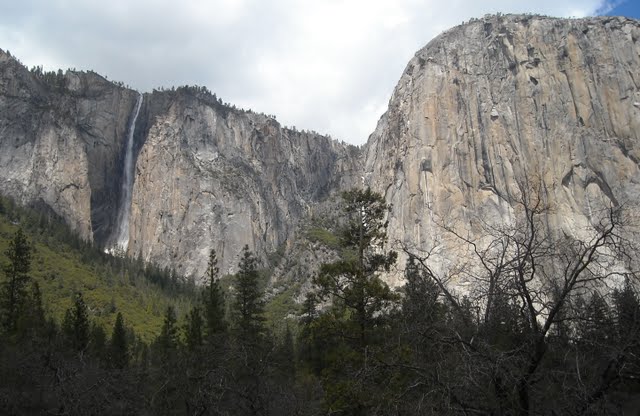 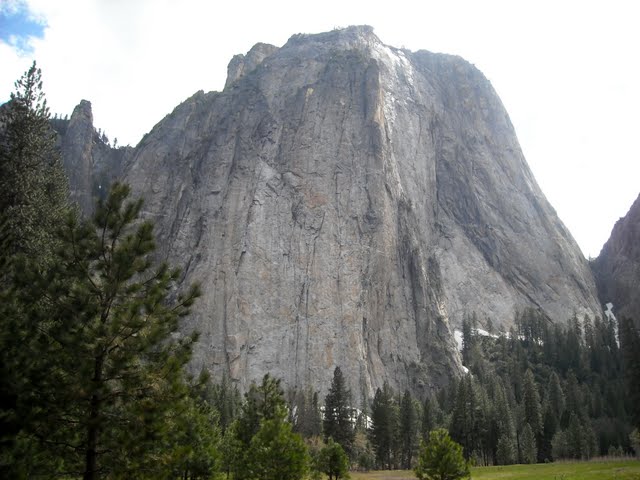 What a delightful day!  Our return to Marble Quarry Campground in Columbia, California would be a "backtrack" of the morning ride -- facing the sun both ways.  We stopped for a pizza along the way and fed Lexie her supper, took a nice long walk again at Rim of the World Vista.

We expect to leave this area and move on to San Francisco tomorrow morning.
Email ThisBlogThis!Share to TwitterShare to FacebookShare to Pinterest