The Road to Presidio 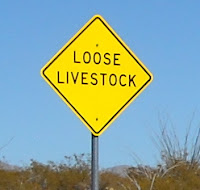 A short car trip through the desert along Texas FM (stands for Farm Market) 170 last Sunday took us almost to Presido right along the border of Mexico, so close, in fact, that we could have thrown a stone into it.  The purpose of the drive was to see if this "scenic route" would accommodate the whole rig so we wouldn't have to backtrack 80 miles along Texas Highway 118 to Alpine on our way west to El Paso. But it wouldn't. The road proved to be too hazardous for Mona: curves, hills and lots of falling rocks -- not to mention the "Loose Livestock" warning signs along the way.

The scenery was absolutely magnificent though and I took another hundred pictures.  Here are a very few of them.


﻿
We passed a site where several western movies had been filmed. Originally, the village in these photographs was built, not to be inhabited, but strictly for the making of the western comedy, Uphill All the Way starring Mel Tillis, Roy Clark and Burl Ives.  It has been modified and reused for other westerns since that time. Some of the other movies filmed on this location are: Rio Diablo ('93), Gambler V: Playing for Keeps ('94), Streets of Laredo ('95), My Maria ('95 - with 1996 Music Video of the Year), Dead Man's Walk ('96) and The Journeyman (2000).

The setting of this little artificial town was just beautiful and I walked right down to the Rio Grande River.  The clay along parts of the river bed was dry and cracked. The large chunks of broken earth looked like giant pieces of thick broken pottery. 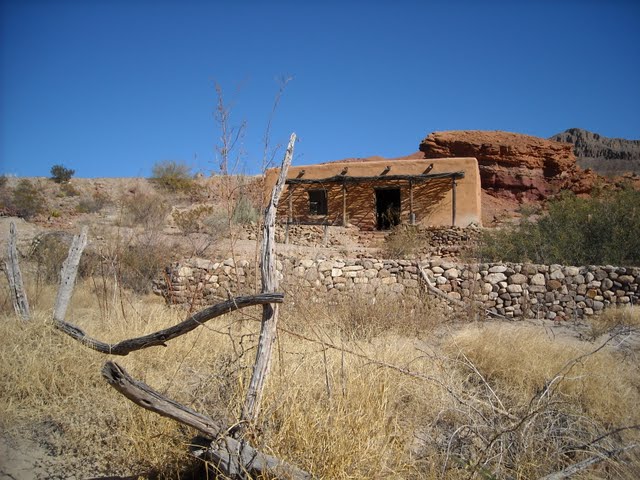 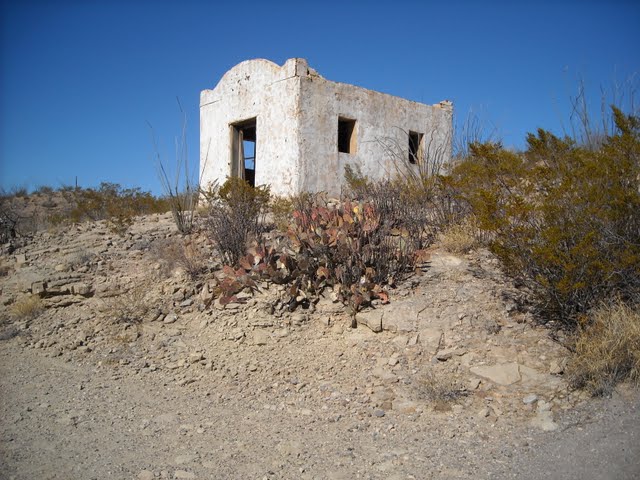 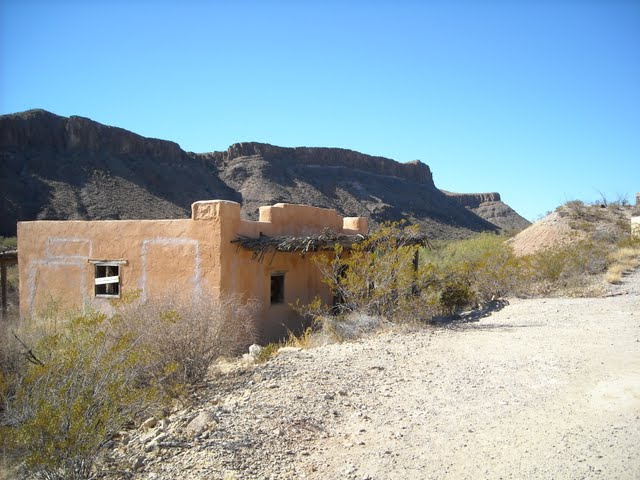