Running From The Redding Rain

On the ninth day of rain in Redding, it was simply "time to go" and we were ready.  The sunny days were beautiful but the cloudy or rainy ones were dreadful.  Our 40' coach seems plenty large until a few days of rain force us inside -- then we get cabin fever pretty quickly.

Upon leaving San Francisco a few weeks ago, our plan was to travel up the coast through Northern California, Oregon and all the way to Washington. The first few days of cold and rain forced us away from the coast and ultimately to Redding. Hesitant to stray too far from our plan we plotted a route to see Crater Lake before going back onto the Oregon coast.  Unseasonably cold and rainy weather was forecast for that area too.  Another change of plan. We just want some of the warm summer weather that seems to be all over the country -- but not here. We considered going south to Sacramento but found rain there too.

In a moment of desperation, we opt to travel southeastward to while away a few weeks until summer catches up. DJ and Tom are traveling along with us. Our new route is a bit unclear but we pulled out of Redding Tuesday morning.  At Hallelujau Junction, California  we passed the recovery efforts of a plan crash into the mountainside - though we didn't know it at the time.  We stayed overnight at Susanville where Tom saw the crash report on the local news. Three people were killed in the private plane.

The next morning our trek continued. Today's destination is Fernley, Nevada -- about 30 miles east of Reno.  The temperatures are still low and the wind is relentless -- making us miserable every time we stick our heads out.  At least we are getting a little sunshine today. 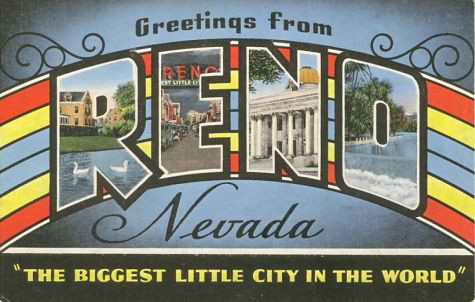 We reached Desert Rose RV Park at Fernley, Nevada early in the afternoon.  Tom and DJ shamed us into washing our car. The wind gusts reached 35 miles per hour and worsened until dark. Walking Lexie was sheer torture.
Email ThisBlogThis!Share to TwitterShare to FacebookShare to Pinterest