From California To Oregon

The sunshine was beautiful as we pulled out of Yreka, California onto I-5 North. This might very well be the "weather turning point" and I'm out of those dreaded thick sweat clothes and feeling terrific in my cotton capris and t-shirt.  Looking out my window I caught another beautiful view of Mount Shasta in the distance.

Within an hour we crossed the state line into Oregon and Klamath National Forest.  I wish I knew more or better adjectives to describe the scenery around us.  It makes me feel so insignificant to be surrounded by such majestic beauty. Take a look...

By noon we reached Rogue River and Grants Pass where we'll camp for a few days.  We're both excited to be in warm and sun.  The campground is situated on a slope along the Rogue River which is really full and really rapid moving.  So much snow melt and rain has it swollen but picturesque.

While I complete the check-in process, Wayne set out to disconnect the car from the coach.  We found the campground management couple to be helpful and really nice.  I enjoyed visiting Georgia during check-in and Al assisted Wayne in unhooking.

Wayne met me at the door and announced, "Call the insurance company and roadside assistance. The car is in a pond."  He was right -- it was -- right smack-dab in a pond.  He had forgotten to unlock the door and take the car out of "neutral" before unhitching.  The smooth slope took the car out of control quickly.  Al tried to hold the car and that was the scariest thing, according to Wayne who had to insist he let the car go instead of trying to hold it. 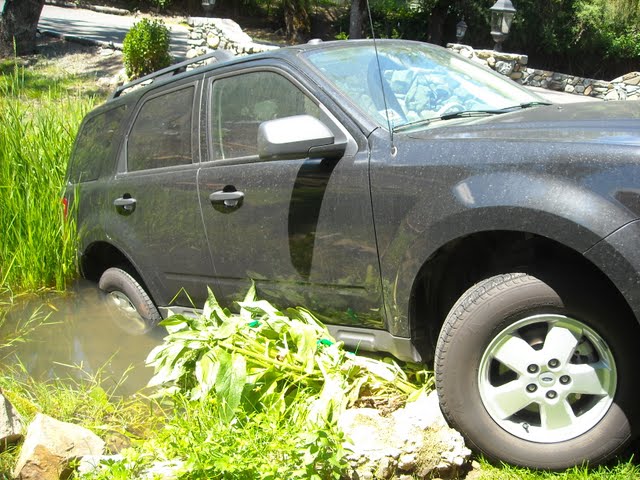 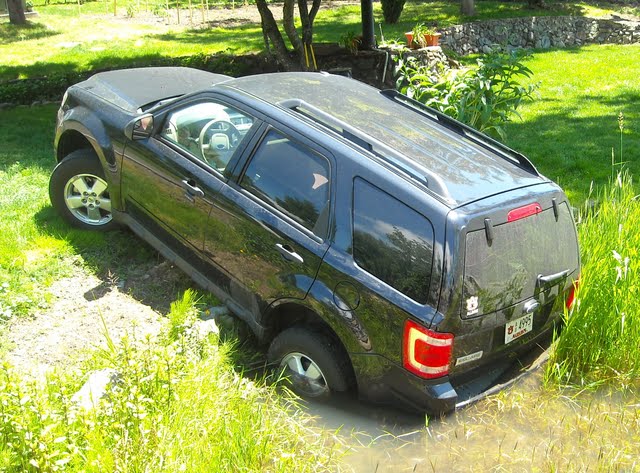 As awful as this scene was, we knew it could have been much worse.  Children, old folks or any number of other scenarios could have been in Blackie's path.  Al could have been killed.  Wayne was really unnerved and Lexie had to calm him down while we waited for the wrecker.


Within 30 minutes, the wrecker arrived and pulled Blackie out of the pond. No harm done, it seems. 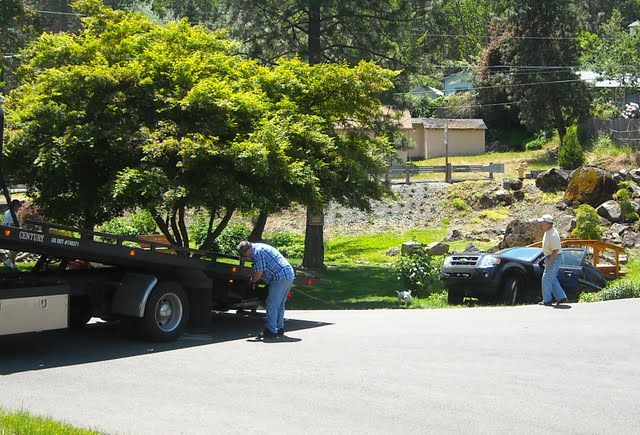 Whew!
Email ThisBlogThis!Share to TwitterShare to FacebookShare to Pinterest