Hellgate. Such a fitting name. With 250' deep jagged rock canyon walls this section of the Rogue River truly is hellish. Hellgate Recreation Area is 27 miles of rapids. 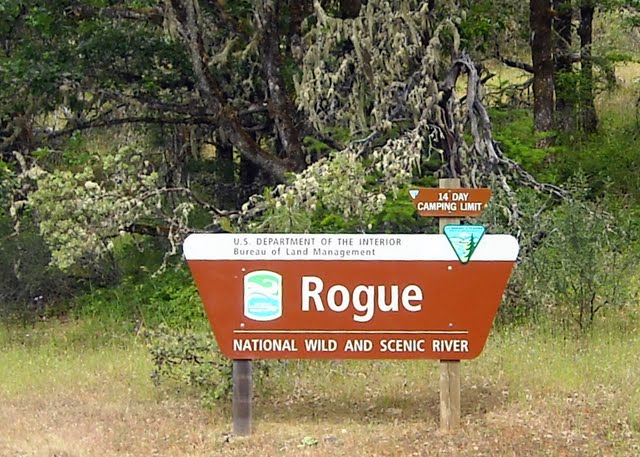 Hellgate Recreation Area the Rogue River begins relatively wide and slow, moving through agricultural fields, foothills, and a lot of private property interspersed with public land. Downstream, the downriver the canyon gets progressively deeper and rockier and civilization is far away even though a road is always within a quarter mile of the river's edge.

We gave some thought to taking one of the jetboat rides along the river, but learned that most boat occupants on the boats get wet and it's just too cool for me to go along with that. We opted to see the canyon from the warm and dry rocky cliffs above. 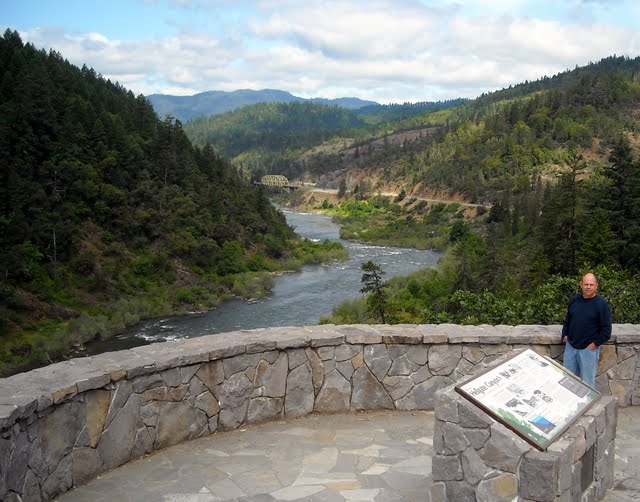 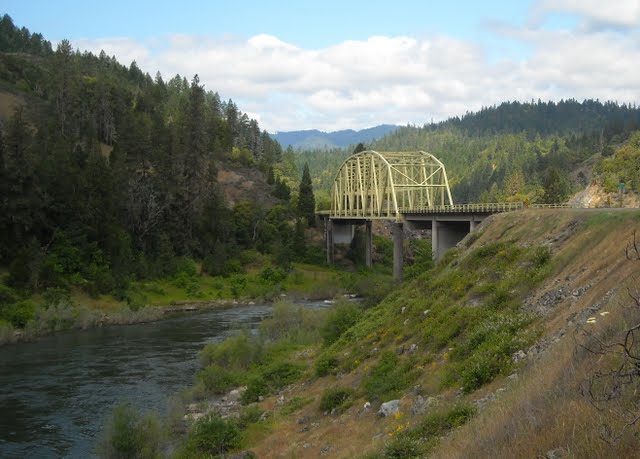 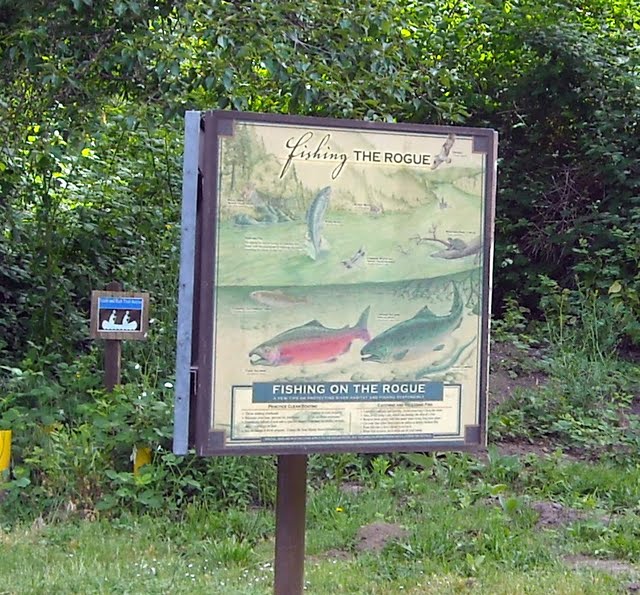 Indian Mary Park is part of the Josephine County park system.  It's located along the banks of the Rogue River, and is the smallest Indian Reservation ever created.  In 1855, a local Indian, Umpqua Joe, warned white settlers in the area of a pending massacre. Thanks to Joe's warning the settlers were able to thwart the Indians attacks. Joe stayed on the land and operated a ferry for local miners until his death in 1886. His daughter, Indian Mary, continued to operate the ferry after Joe's death. The land has changed hands several times and was purchased by Josephine County in 1958 to be converted into what is now known as Indian Mary Park.