Coos Bay, North Bend and Charleston make up a region known as Oregon's Adventure Coast. We left the county campground Friday morning and took Oregon Highway 126 west first through the coastal mountain passes and then through Siuslaw  National Forest to US 101 at Florence.  The temperature here on the coast is cooler but the sun is shining and it is in the high 60's.. 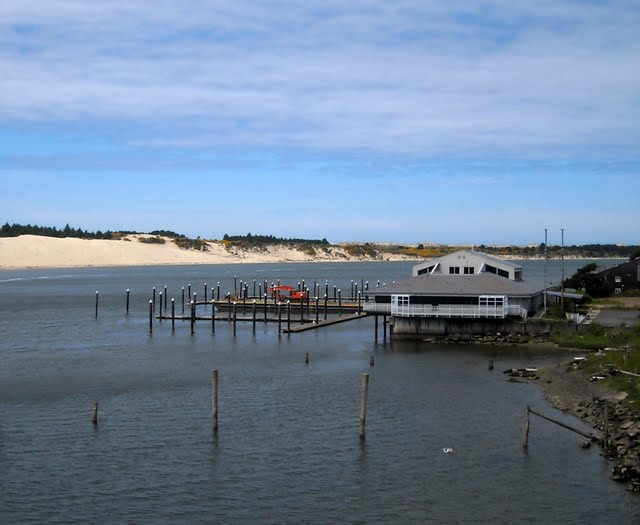 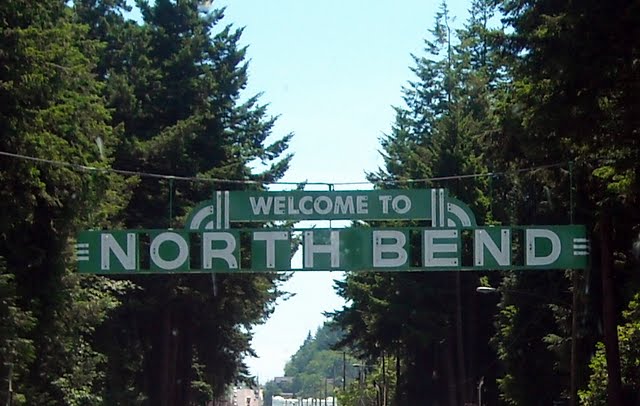 The Conde B. McCullouch Memorial Bridge dominates the skyline in North Bend. It is a one-mile long cantilevered bridge and is 150 feet high to allow large logging ships to pass below. It was built in 1936 and was, at that time, one of the most expensive, and the longest bridge in Oregon.  The bridge is the official symbol of North Bend, Oregon.

Going south from North Bend we began seeing the huge sand dunes that are part of the Siuslaw National Forest. These dunes are the largest expanse of coastal dunes in North America. They tower some 500 feet above sea level. The dunes create an abundance of recreational activities as can be seen in the photo below. We did not ride the dunes.

Coos Bay is the largest city on the Oregon Coast and that's where we have a campground reservation for the next three nights.  We awoke Saturday morning to an ever increasing cloudy sky and it wasn't long before a day-long mist began.  Gee I'm tired of rain.

We began our day outing going south from the campground. Our first stop was to see the coastal lighthouse and inlet at the South Clough National Estuarine Reserve -- the various habitats of Coos estuary.  This is over 4,700 acres. 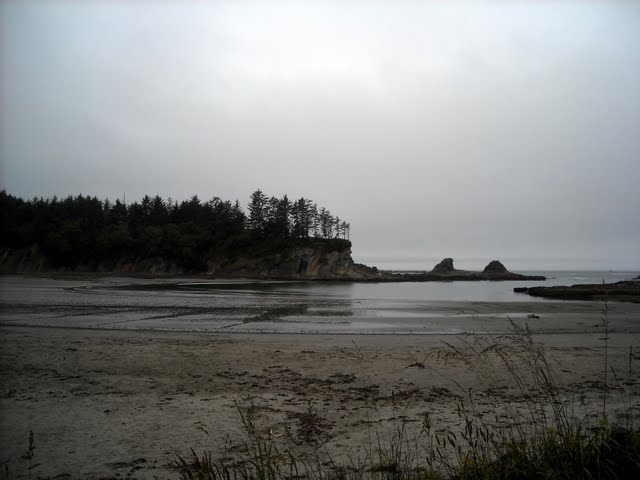 Our next stop was at Shore Acres State Park perched on a scenic bluff overlooking the Pacific Ocean. Shore Acres began as the private estate of pioneer lumber magnate and shipbuilder, Louis Simpson. His beautiful mansion was destroyed by fire in 1921 and it's replacement was lost in the Depression. The property was purchased by the State of Oregon in 1942 for use as a park.

The park has a rugged and pristine seashore. We could hear the loud barking of California Sea Lions on the rocks below.


When Louis Simpson began development of Shore Acres, he installed a beautiful five acre formal garden, bringing trees, shrubs and flowering plants from around the world aboard his fleet of sailing ships. The gardens area remain and are beautifully manicured. They contrast dramatically with rugged coastline just a few hundred feet away. 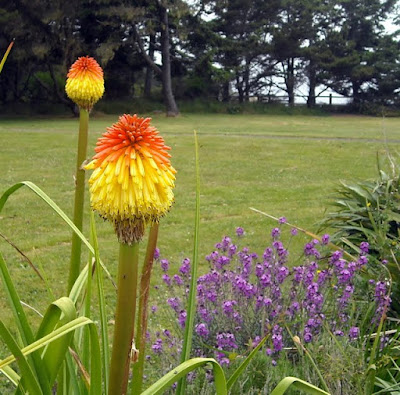 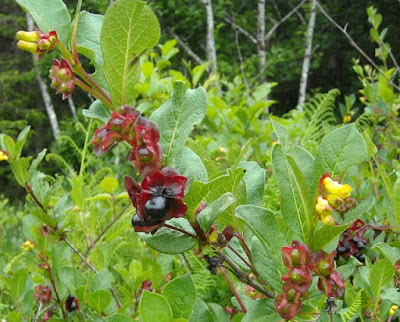 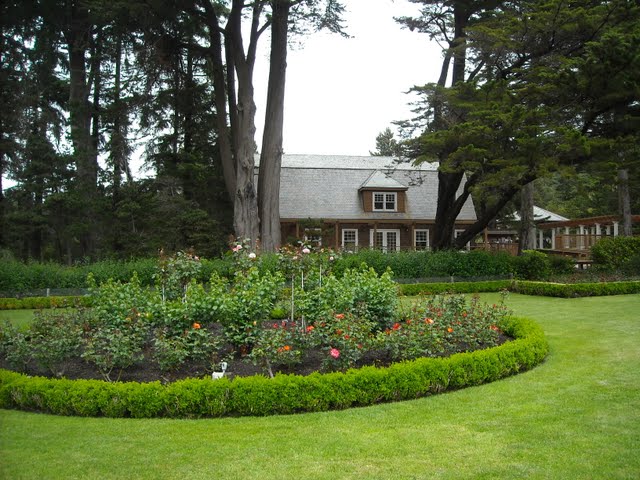 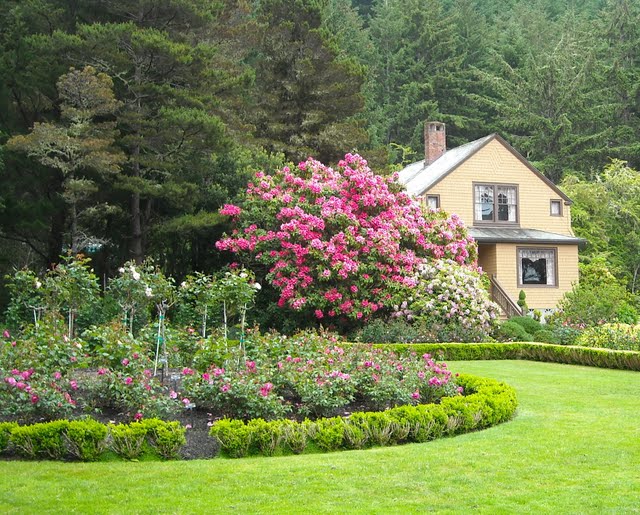 Leaving Shore Acres, we headed to Cape Arago State Park where the highway would end about 15 miles south of Coos Bay.  This cape boasts access to viewing sites for off-shore colonies of sea lions and seals.  We were in for a great treat. 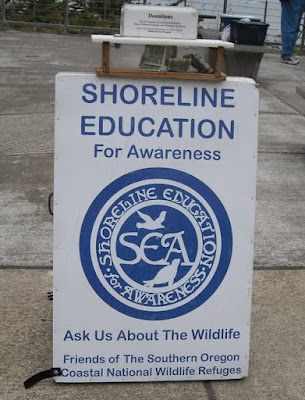 Leaving the Simpson Reef, we drove as far south as the road would take us.  We never did see the Cape Arago Lighthouse.  No surprise in that this was all we could see of the Pacific Ocean itself at the road's end.