St Michael The Archangel at Poche Plantation in Convent

The town of Convent was settled in the late 1720's and early 1730's but was called Baron at the time. St. Michael The Archangel was established here in 1809.

This afternoon we stopped in at the cemetery located behind St Michael where we knew we would find some historically significant tombstones.  There are several Poches buried in this cemetery and a good number of the families markers are Acadian.

We were surprised, however, to see many recently deceased in this old cemetery. Again, several Poches were among the recent burials.  Time has not been kind to the older graves and headstones. This plaque says it all... 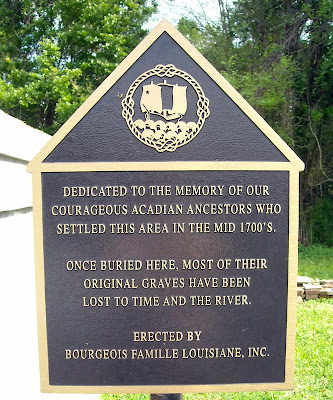 Because this area is so close to sea level (just 16') and the Mississippi River, the dead are not buried as deep as they are in most places.  Standard depth graves would result in caskets rising out of the earth.  Most cemeteries around this area have burial vaults above ground. 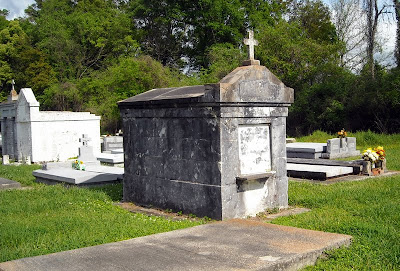 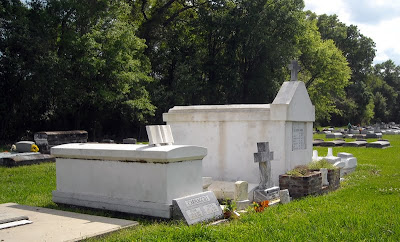 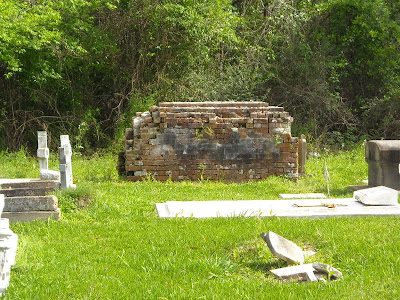 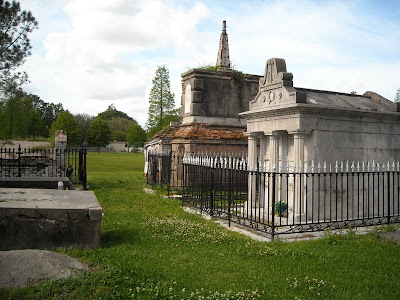 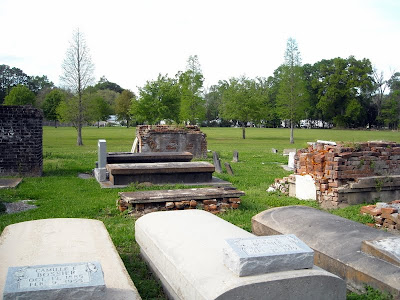 Another common site around these parts are these mud mounds.This one stood about 6" high and was about 6" in diameter. I think crawfish make them.