We visited Houmas House on Sunday. The gift shop was among the most colorful and festive places I've ever seen and I couldn't resist snapping some of the bling...


With temperatures in the 80's, the breeze in the tree filled yard kept the temperature much cooler for our stroll. As usual, I checked to see if strollers were allowed and then proceeded to bring Lexie and Ozzie along for a ride. 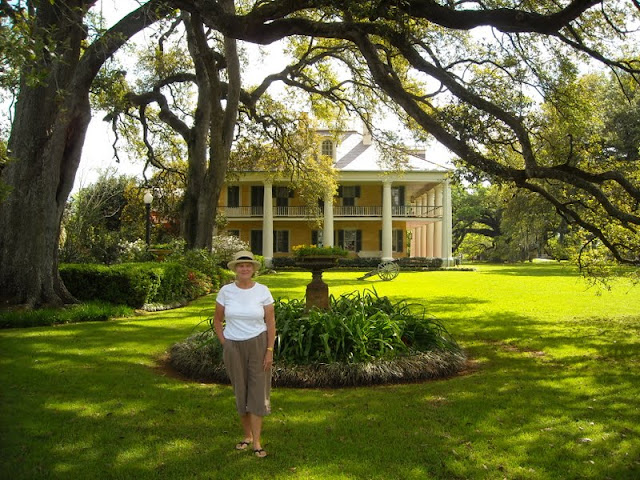 Wade Hampton, the largest sugar producer in Louisiana and the largest slave holder in the South, built Houmas House in the late 1820's. It is one of the first great columned mansions of the Mississippi River. The name comes from the Houma Indians who were the first owners of this land. Sadly, there's not much more than a hint of reference to them here now.


John Burnside purchased Houmas House in 1858 and began accumulating sugar cane plantations and became the largest sugar planter in America with over 300,000 acres of crop.