A Very Full Day in Vancouver!

"If you have just one day to spend in Vancouver, British Columbia," says the lady at the Visitors Center, "you'll want to see Stanley Park, Gastown and Canada Place and Granville Island."  We did all that and enjoyed seeing the heart of downtown Vancouver, famous bridges and some Olympic memorabilia as well.


Downtown
The drive into Vancouver itself took much longer than we expected.  Stanley Island is at the far end of the downtown area and we would work our way back from there.

Wayne and I both love large metropolitan cities and we gawked uncontrollably at the huge, beautiful buildings.  Vancouver reminded us both of New York City, but with many more residential high rise buildings.  Someone told us the prices start at about $1 million.


Stanley Park
Stanley Park is similar to Central Park in New York. A scenic drive and bicycle path loops all the way around with views across the water in all directions. We ate lunch and enjoyed the views.

Lions Gate Bridge is at the northern tip of Stanley Island and connects to North Vancouver. The Guinness beer family from Ireland had the Lions Gate bridge built in 1938 as a means to reach land they had purchased on the north shore. 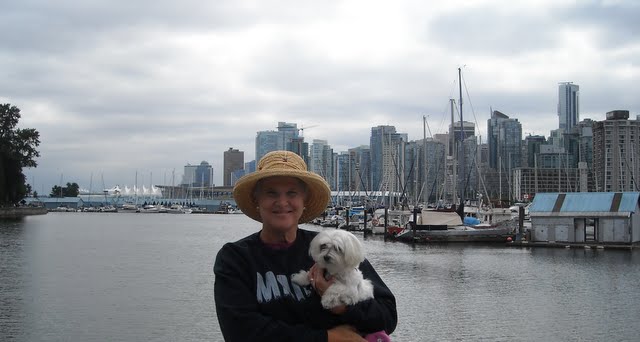 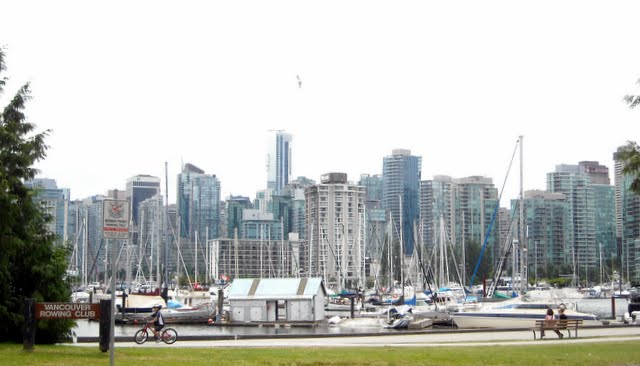 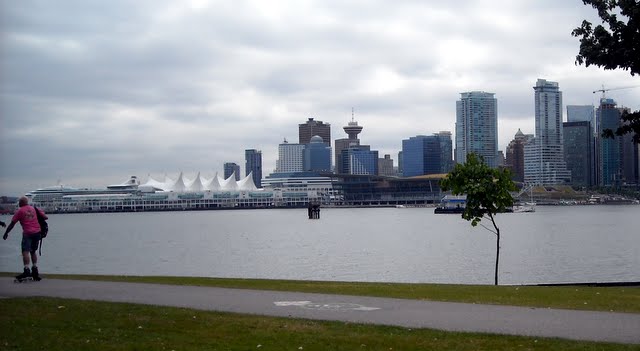 Five Sails and Canada Place
The popular Five Sails of Canada Place are a well-known sight. They welcome visitors and cruise ship passengers to Vancouver's downtown harbor front.  We strolled and enjoyed the glorious weather. 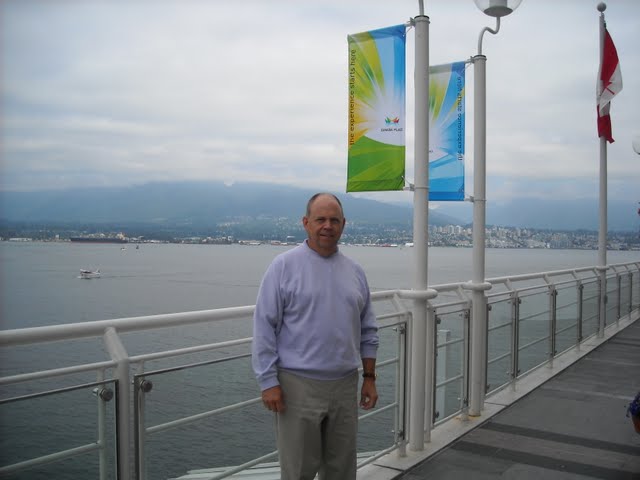 The 2010 Vancouver Olympic Flame is permanently located near Canada Place. We stumbled upon it quite by accident. 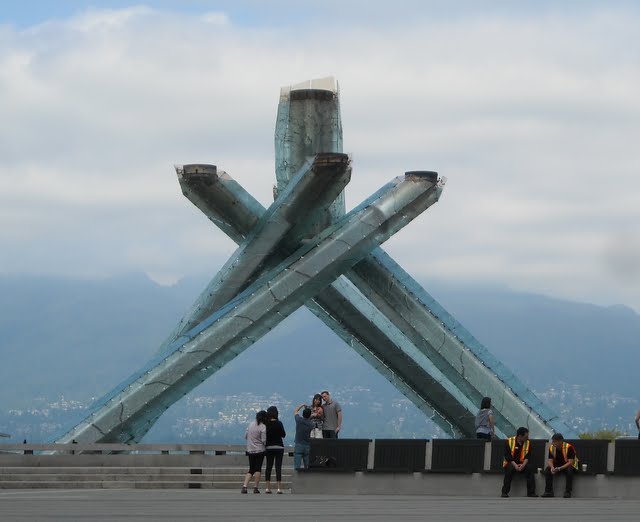 Historic Gastown
Just below Canada Place is the oldest part of Vancouver: Gastown. The story goes like this:  In 1867, John Deighton, known as "Gassy Jack" (don't know why, but can only guess) announces that he'll serve free whiskey to all millworkers who build a saloon for him.  The millworkers built a saloon for Gassy Jack in one day. Gastown is named for him.

Granville Island
Brewery, hotel, market, museum, shops, food, street vendors and other touristy things are situated on this island within the city of Vancouver.  We spent a little time here too before heading back to the campground in Surrey. 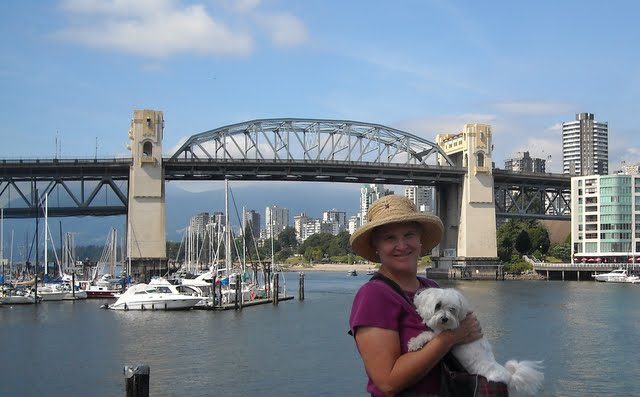