The Road to Jasper National Park

From Surrey, we  took the TransCanada Highway 1 and then at Hope (still in BC), we started the long northward trek on the Highway 5.  The days continue to be sunny and warm -- 70 degrees. 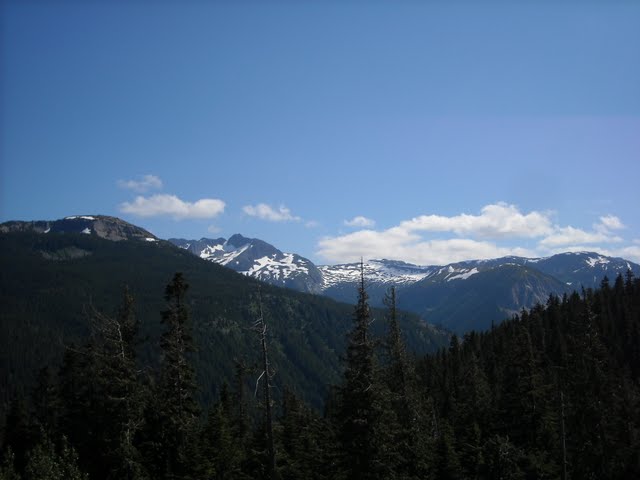 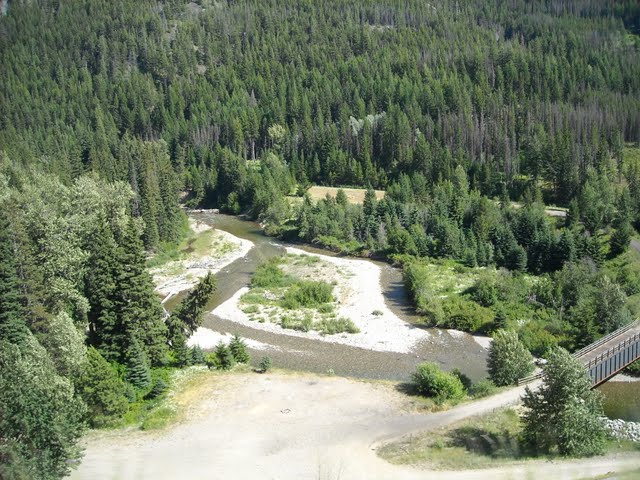 At Merrit we stopped for the night at a city campground and, while walking Lexie, I met Shelia Hobbs. Sheila is a poet from Victoria, BC and she was honored for her poetry and given a special designation (that sadly I can't remember the title) but she was quite proud of it. The award was presented at a dinner in Washington, D.C. and she sat with Johnny Cash, June Carter and some other celebrity-types and she enjoyed telling me all about that. I guess being from Tennessee, people think we're "into" country music celebrity... She was tickled that I asked to photograph her for my scrapbook.

We stayed only one night at the Merrit City Campground and soon we began to realize we were making our way out of the cool mountainous terrain toward the hot, desert-like rocky hills of the Thompson Okanagan region as we approached Kamloops, B.C. 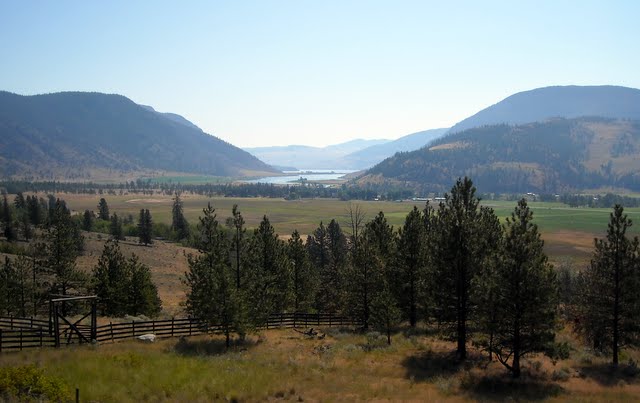 Approaching Kamloops, BC, we saw signs alerting us to the possibility that long horn sheep might be on the road. I searched till my eyes hurt, but never did see one of those elusive sheep. We did see remnants of a terrible fire that scorched the trees at Kamloops.  Terrible sight for miles and miles. 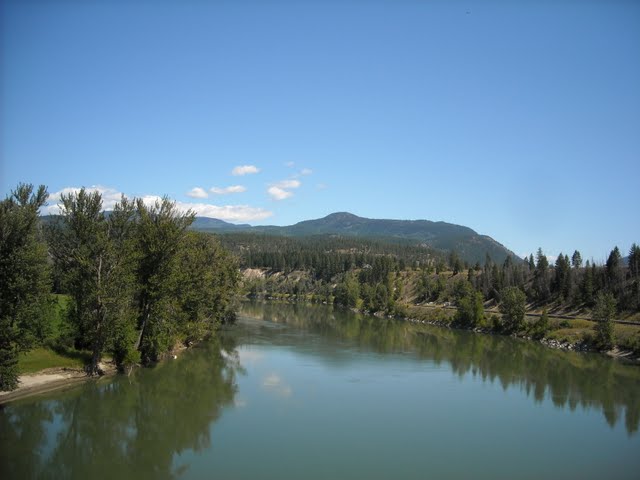 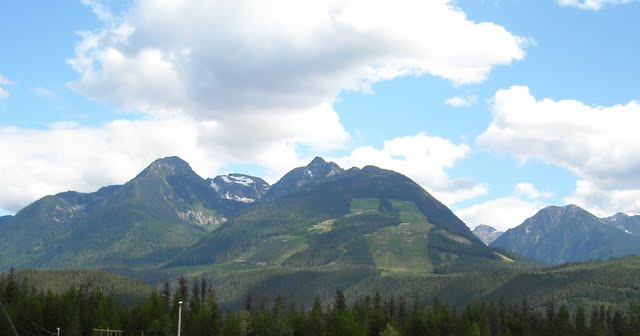 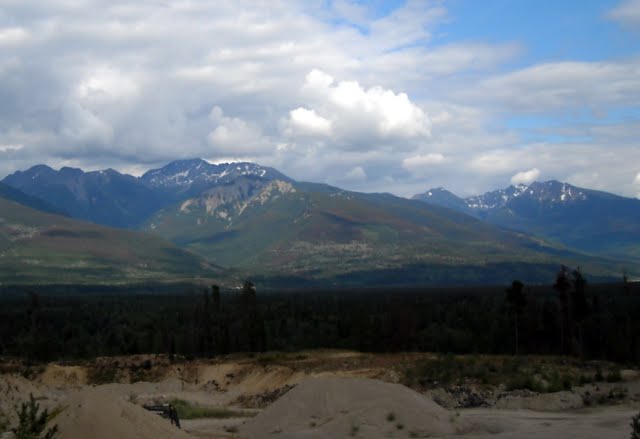 Not too far out of Kamloops, we leave the dry desert-like terrain and get back into a more mountainous area.  We're still driving north on Highway 5.

Yellowhead is the common name for Highway 5. The highway signs have a silhouette of a yellow head with a 5 digit.  The name Yellowhead comes from a famous fur trader known in this area in the early 1900's.  Pierre Bostonais was an fair haired (and blond, I suspect) Iroquois agent for the Northwest and Hudson Bay Company. His nickname, Tete Jaune, translated, is Yellowhead. It's a great story and it took some searching for me to find out the source of the name.

Tonight, August 7, we stopped in Valemount, BC to have a look around. We selected this town as it appeared to be a fair size on the map, but in fact, it is not.  The scenery is very nice with snow peaked mountains all around us. Beautiful; but the mosquitoes are blood thirsty. We coat ourselves in Neem oil to thwart their bite.

I'm making yet another attempt to load a short video here which I'd like to do, if I can make it work... It's taken at our campground in Valemount.