This morning, August 8th, I saw my first wild black bear cub. As we rounded a curve in the motorhome, I saw a small black fur ball behind a bush on a rocky embankment. I pointed and yelled "bear" but Wayne didn't get to see it.  This bear-sighting was, like my first one, last year in New Brunswick: I kept trying to hold on to the vision in my mind. As if I could see it for a little longer. We were not yet in the National Park,  but we were in the Canadian Rockies -- still on the Yellowhead Highway and still in British Columbia.

Within minutes, we rounded another curve and beautiful, snow covered Mount Robson came into view.  Mount Robson is the highest point in the Canadian Rockies and is the 21st most prominent peak in North America.

Mount Robson Provincial Park is adjacent to Jasper National Park traveling south and it's about halfway between here and Jasper that we leave British Columbia and enter Alberta.
This area contains at least three noteworthy lakes: Berg, Kenney and Yellowhead. I don't know which are in my pictures, I'm sorry to say. 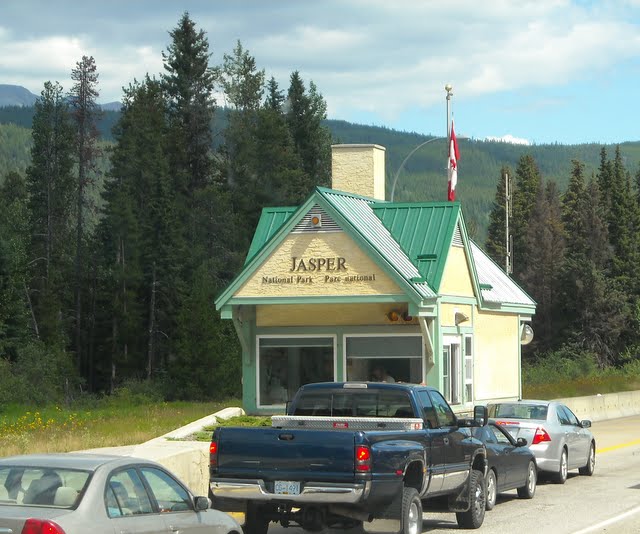 History of Jasper
Way back when... a fellow named Jasper Hawes, an employee of the North West Company, operated a fur-trading post in the eastern part of what is now the Provincial Park. His business was so well known the area became known as "Jasper House". By the time the trading post was abandoned, the name "Jasper" was commonly used to describe the area.  In 1913 the new town was formed and "Jasper" was the natural choice for the new town's name.  Jasper is 3,472 feet in elevation.  Mind you, it isn't easy for me to convert all these kilometers to feet. 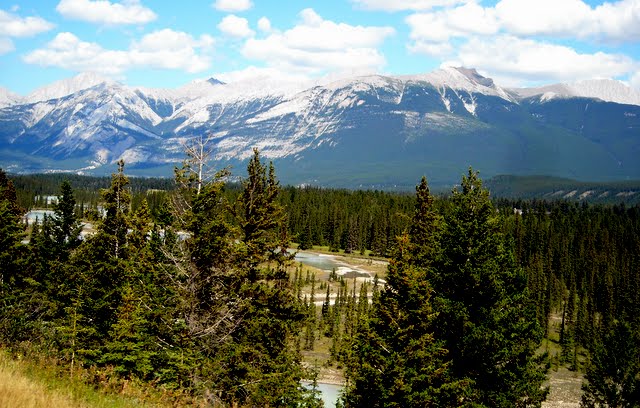 We never suspected the beautiful scenery we were about to behold. This stretch of road is known as the Icefields Parkway and runs from Jasper to Lake Louise and has always commemorated Canada's powerful natural landscape. It's a scenic drive, not a transportation corridor -- commercial vehicles are banned and the speed limit is minimal. 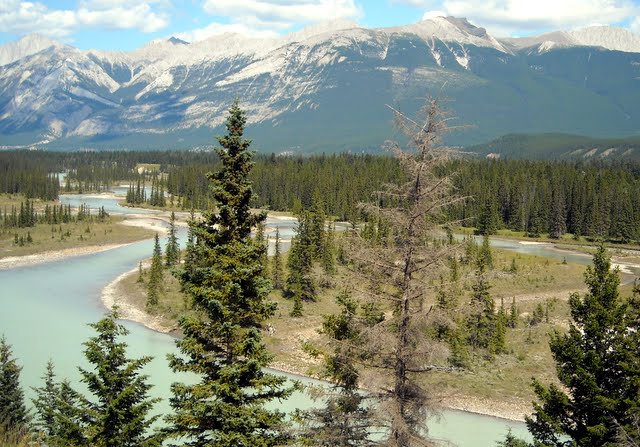 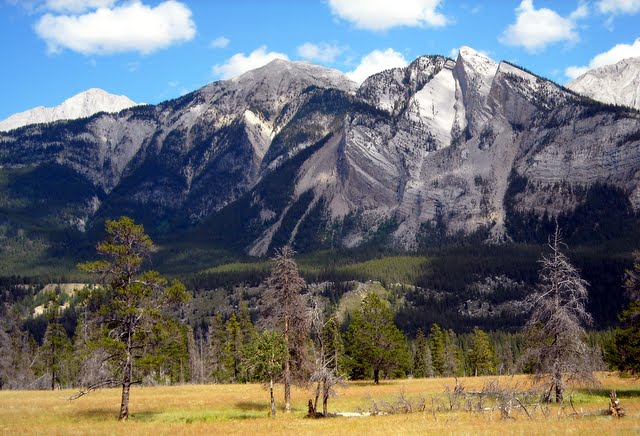 History of The Icefields Parkway
In 1931, the Canadian government employed hundreds of men, paying 20 cents a day, to work building what was called the "wonder trail" through the heart of the Canadian Rockies. The road opened in 1940 without much fanfare. The 1950s and 60s brought tourists in motorcars so the road began undergoing a series of widening, paving and realignment repairs. The Banff to Jasper highway became "The Icefields Parkway" and still goes by that name today. 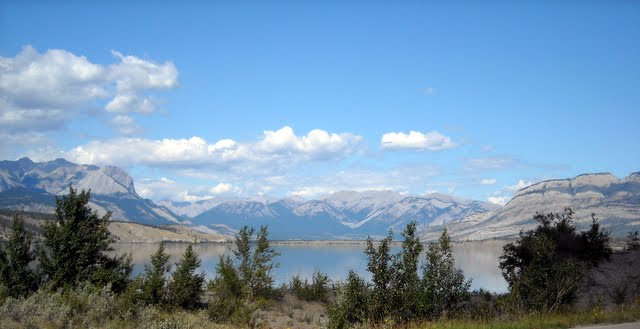 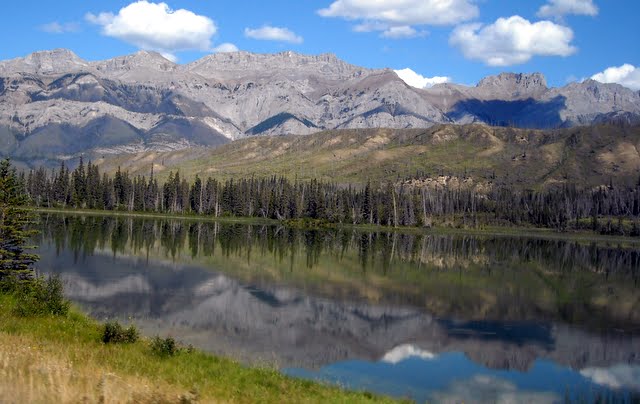 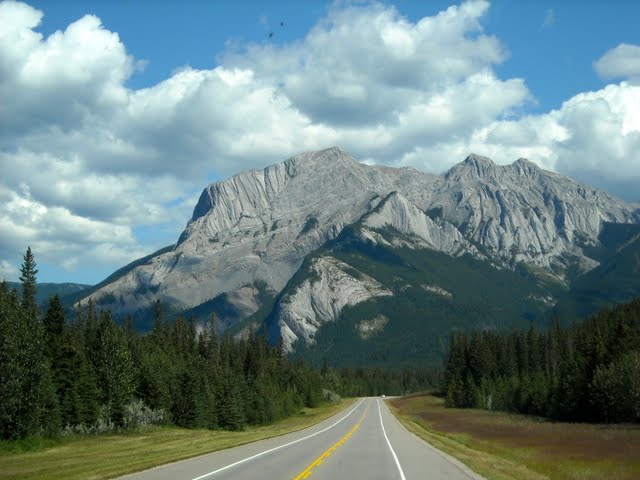 Late in the afternoon we turned off Yellowhead Highway and went into Hinton, Alberta and settled in at the Hinton KOA.  On the roadway, we passed this sign.  It reminded me just how far we are from our hometown. 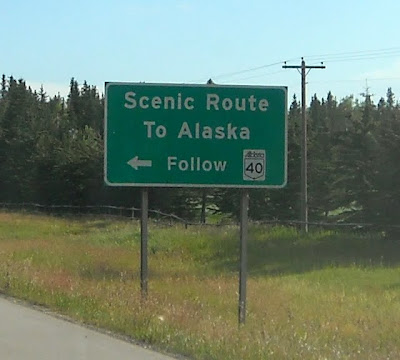 The Hinton KOA was easy to find.  However, to our surprise, this frail looking bridge was the only way into the campground.


We did make it across the bridge and had a restful nights sleep at the KOA. The next morning we continue our journey, but not before...