Still looking for wildlife (bears, elk and the elusive elk), we took the Bow Valley Parkway, Highway 1A from Banff down to Lake Louise. The road is narrow and curvy with lots of bicyclists. Use of this route is highly discouraged from March to June, dusk to dawn. Keeping the road free of traffic during the evenings, nights and early mornings of the spring allows the wildlife better access to the area without danger.

And so we headed out on this day. Once again, I'm armed and ready with my Nikon Coolpix and Lexie is sleeping in my lap.  Leaving Banff, we drove down Vermillion Lakes Drive, past three shallow lakes surrounded by marshes. We'd heard that eagle are often seen in around these lakes, but we didn't see one.

Leaving Banff, we crossed a metal grate in the road that made a loud noise. We had noticed this sound a few times while we've been here and I made a mental note of the sign, but didn't take a picture. The sign stated, "Texas Gate".  We know this brilliant idea as a "cattle gap" and is intended to keep livestock off the road without the use of a real "gate". 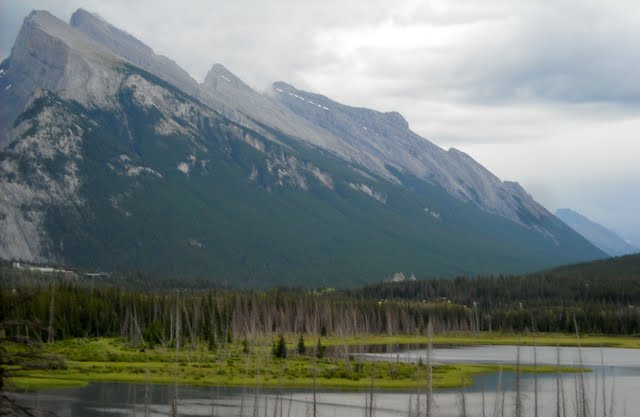 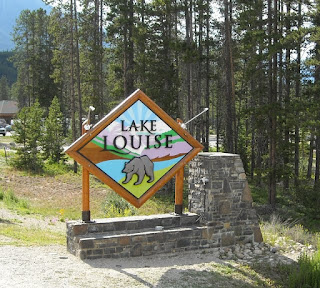 The first non-Aboriginal to see Lake Louise was in 1882 when Tom Wilson, packing railway supplies nearby, was attracted to the site by the sounds of an avalanche.  The area was called Lake of Little Fishes but was renamed in 1884 after Princes Louise Caroline Alberta, the fourth daughter of Queen Victoria.  The Glaciers above the lake are known as "Upper Victoria" and "Lower Victoria". Lake Louise is a repository for tons of finely ground rock. The silt from the rock absorbs and reflects sunlight, giving the lake is vivid color. 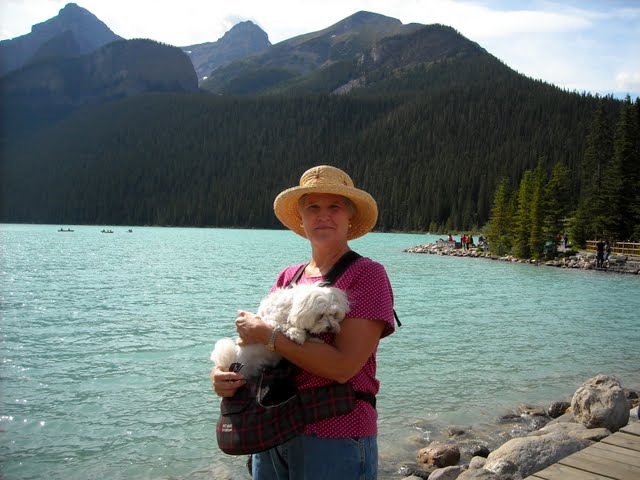 Sadly, Lake Louise was a bit disappointing. It is a beautiful lake and the glacier was spectacular too but the area was quite commercial with rental boats along the shoreline and tour buses dumping huge numbers of tourists every few minutes.  A high-rise hotel sits on the adjacent property and a wooden deck/walkway is packed with camera clickers.


After our short tour of Lake Louise we headed home.  Another thing we've been seeing frequently is the "animal crossings" installed over the roadways.  These are not roads, but bridges of land, complete with trees.  They allow wildlife to move from one area to another without going onto the highway.