The Volcanic Eruption
Thirty-one years, two months and one day ago at 8:32 in the morning, on May 18, 1980, Mount St Helens blew 60,000 feet of ash into the sky when a 5.1 magnitude earthquake shifted the earth causing a build-up of pressure and steam.  The mountain had been spewing and belching ash plumes for several months before this day, but now there was no stopping the volcanic activity. Thirteen hundred feet of the mountain top blew outward and crumbled down the lush, beautiful, tree-filled Washington State hillside. Winds of 300 miles per hour, landslides of 155 miles per hour and temperatures in excess of 660 degrees Fahrenheit stripped the land of everything. The landscape was left so barren, in fact, that people who visited the area right after the volcanic eruption said they felt as though they were colorblind.


My New Favorite Landmark
On this day, July 20, 2011, we decided we had to make every effort to see the Mount St. Helens area -- some 56 miles from our Corbett, Oregon campsite as the crow flies.  Turned out we'd drive 127 road miles each way for a 252 mile day trip; but a trip most certainly worth the time and effort. Our route was Washington Highway 504 from the interstate so we would see the north facing side of Mount St Helens -- the side of the mountain that collapsed. We made a quick stop at the Mount St Helens Visitor Center at Silver Lake to get whatever maps and information we'd need to see everything we wanted to see.  We enjoyed a short lecture about the history of the mountain by a National Park Ranger.

Hoffstadt Bluffs Visitors Center, the second of four Visitor Centers, was next.  At Fire Mountain Grill patio we had lunch outside looking out over the Toutle River and the wide pumice flow area made by the volcano. Helicopter rides were available, but we're not candidates for suicide.
While we ate, Lexie remained in the car and was most unhappy about it. After lunch I took her for a nice long walk all around the parking lot and she calmed down.  We loaded ourselves into the car and continued along the 45 miles to the Johnston Ridge Observatory. The next stop would be the Forest Learning Center (the third Visitor Center) where we didn't take time to go in but got some great views of the mountain and surrounding valley. 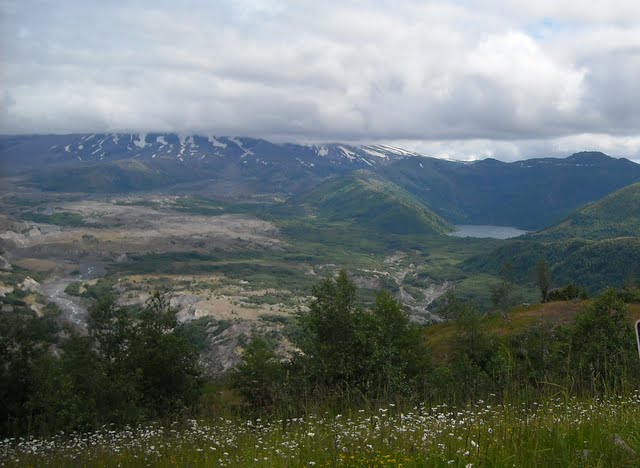 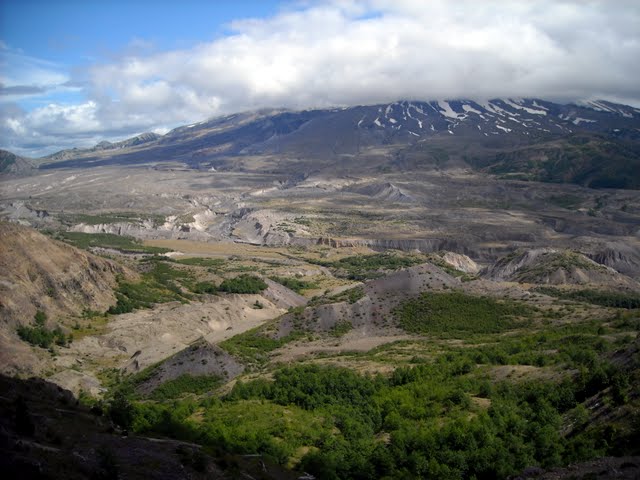 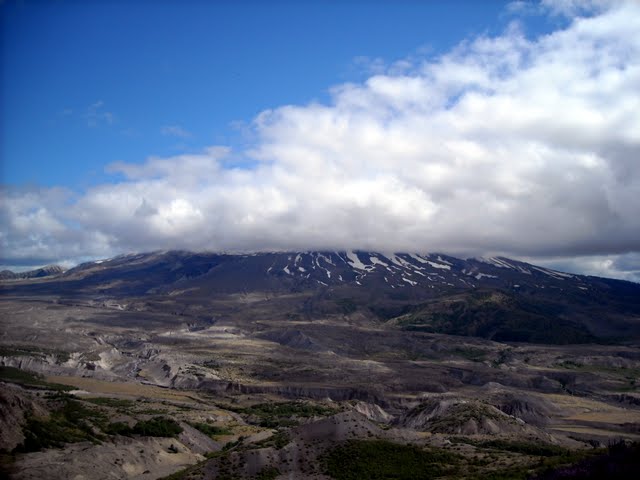 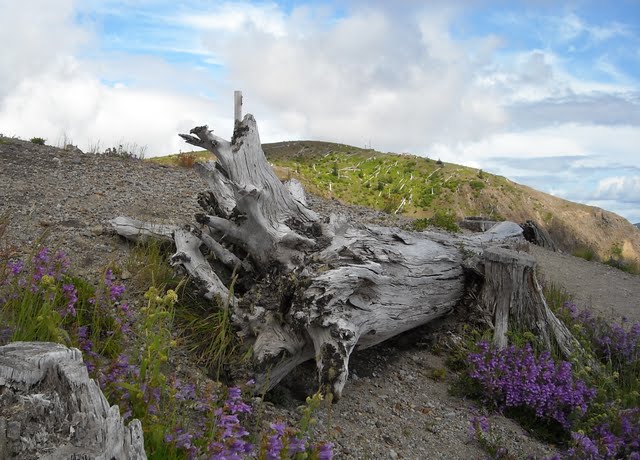 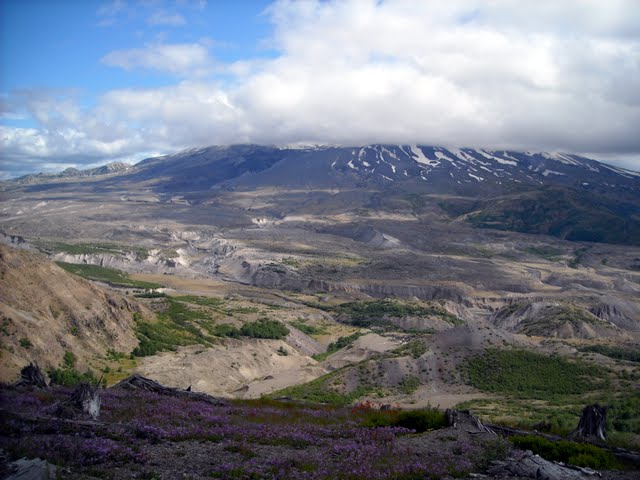 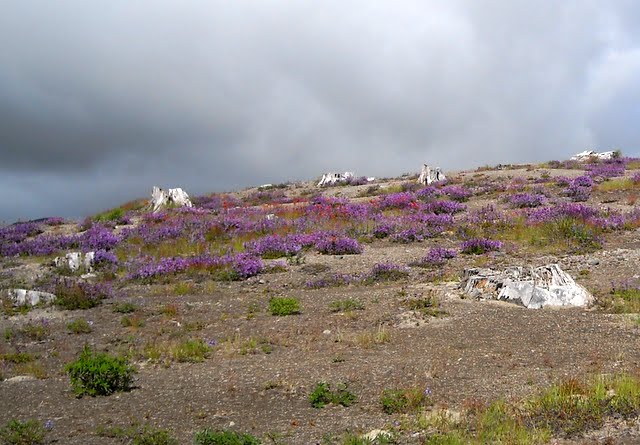 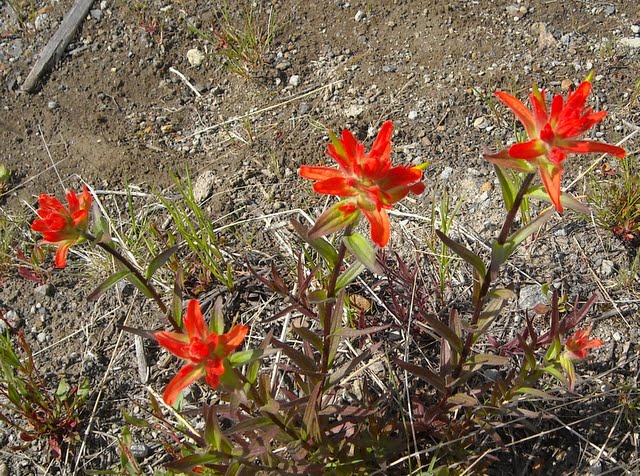 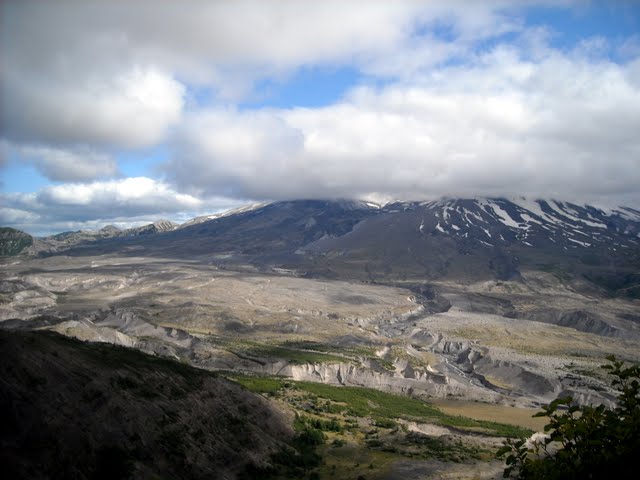 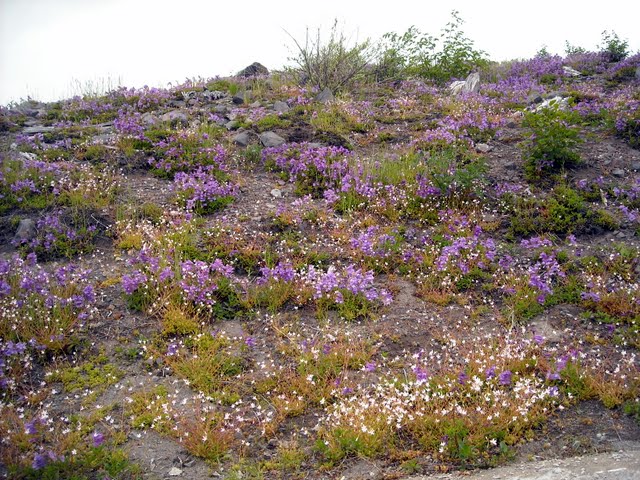 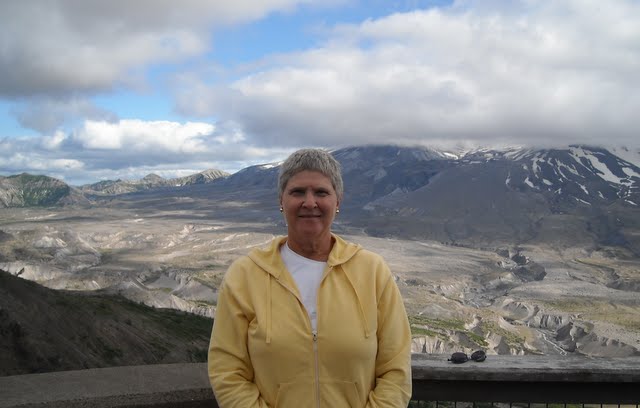 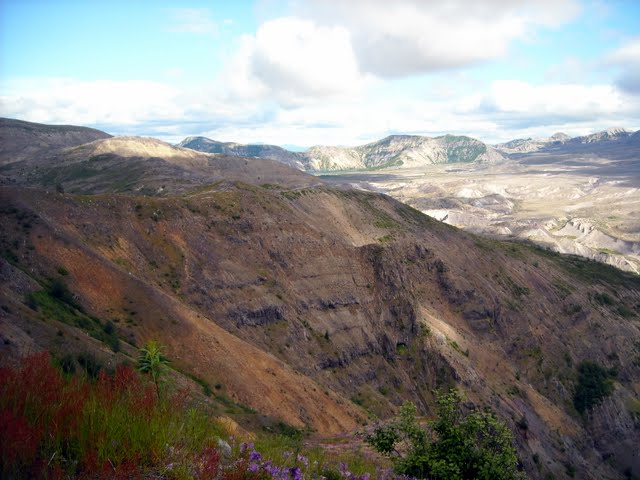 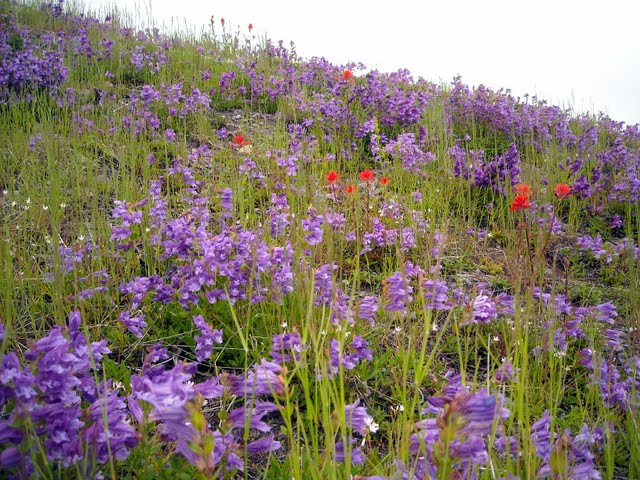 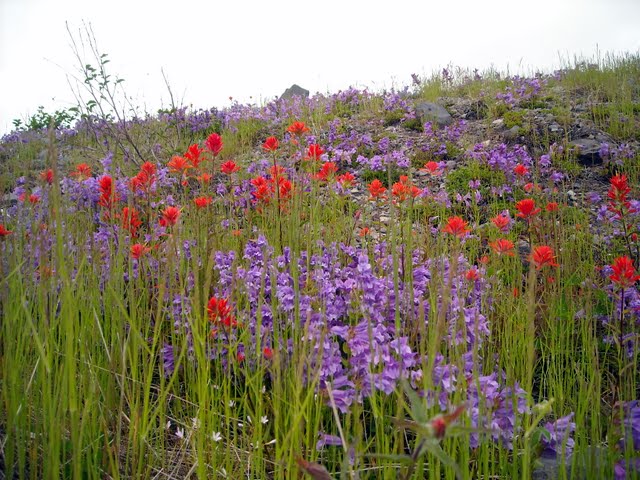 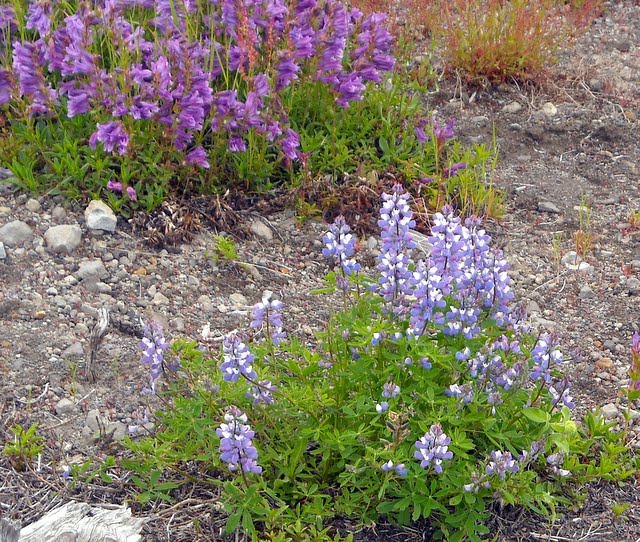 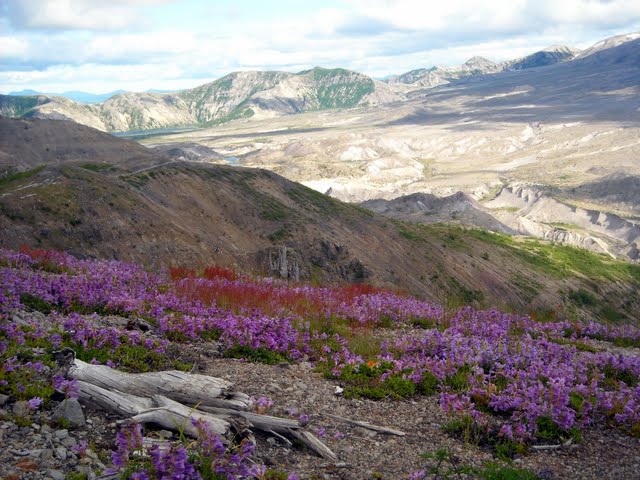 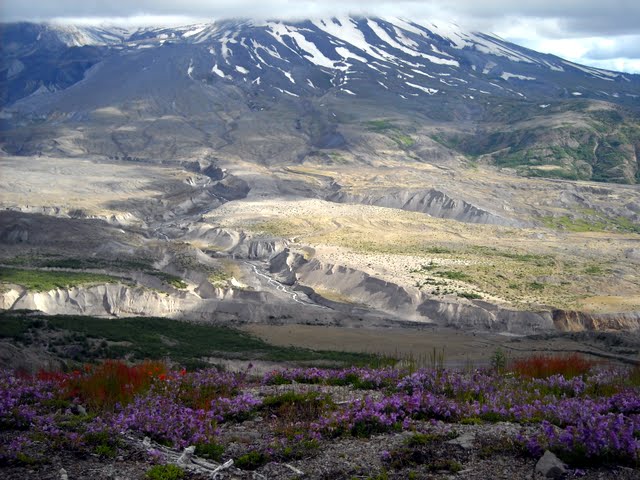