From Dothan, Alabama, we drove southwest to our next destination, Ft Pickens Campground﻿ along the Gulf Island National Seashore in Gulf Breeze, Florida.  It's just off the coast of Pensacola. 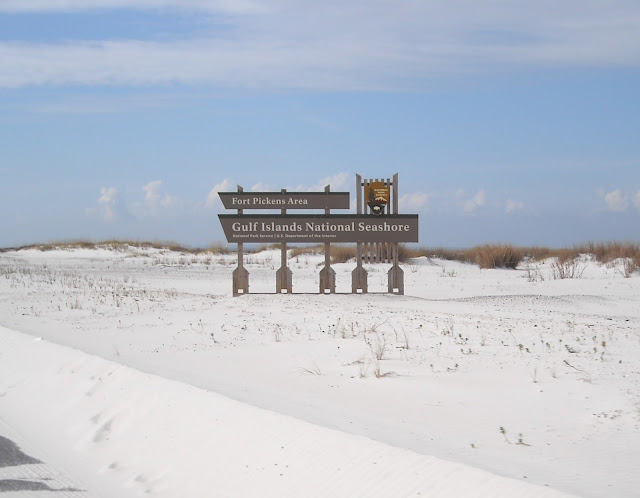 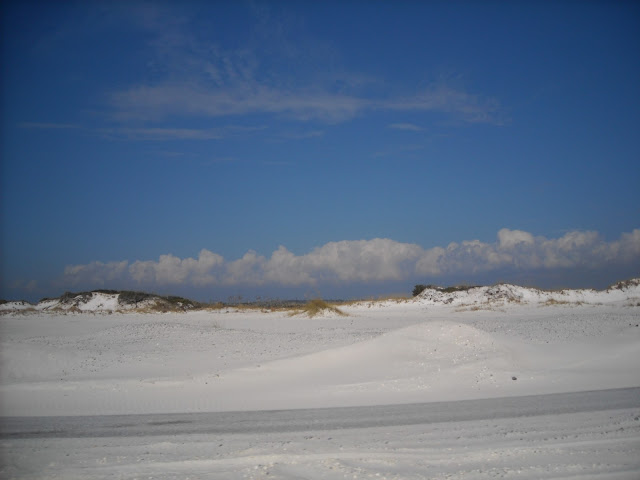 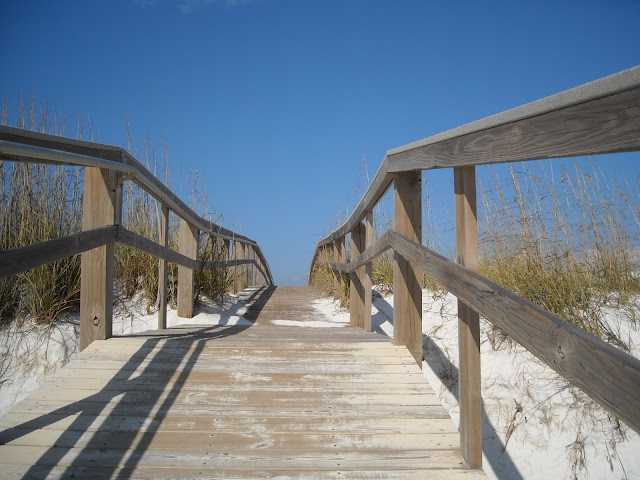 The barrier island just off Pensacola is a remarkable sandy strand with sparkling blue water and bright white beach.  The single road going down the center of the strand of the National Park looks prehistoric. There are virtually no people in this area. The vast sand drifts and dunes along the roadside gives the impression of traveling through snow. The single two-lane road actually appears to be below sea level.  There are few people, plants or animals.  There are armadillo, pelicans and osprey. Reportedly cottonmouth snakes are here -- fortunately, we haven't seen any.

The weather when we arrived here is about as near perfect as you could want.  Sunny with daytime temperatures in the low 60's -- 50's at night. The landscape is sparce, just a few scrubby liveoak, palmetto plants, spanish moss and odd sand-growing weed. It's great. There are nearly 200 campsite here. Here's ours: 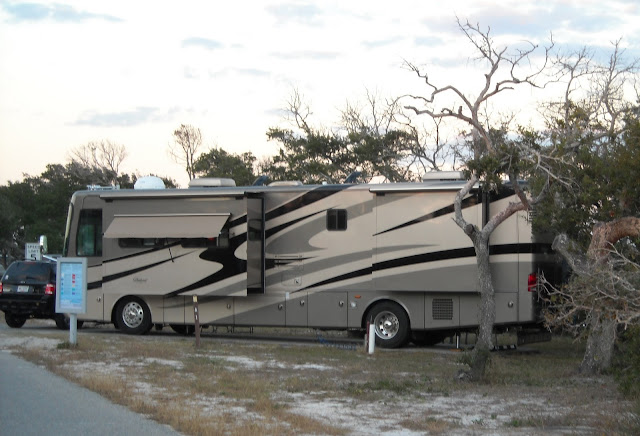 ﻿﻿
﻿﻿
The Gulf Island National Seashore was established in 1971 by Congress to provide recreation and to protect wildlife, the salt marshes, historic structures and the barrier islands.

Fort Pickens itlslf dates back to 1829, completed in 1834 and used until 1947. It was held by the Confederates in the Civil War. The first full day, we spent some time touring Fort Pickets itself.


We also spent some time looking around for signs of the dreaded New Horizon oil leak from last summer.  What we found was lots of seemingly deserted areas full of canvas topped gazebos, chairs, coolers, equipment and tons of plastic bags.  Plastic bags everywhere.  And an uncountable number of portable toilets and plastic, portable handwashing stations.  There were too many little plastic flags on stuck into the sand to even think of counting.  The beach itself looks perfectly normal -- but nothing else does. 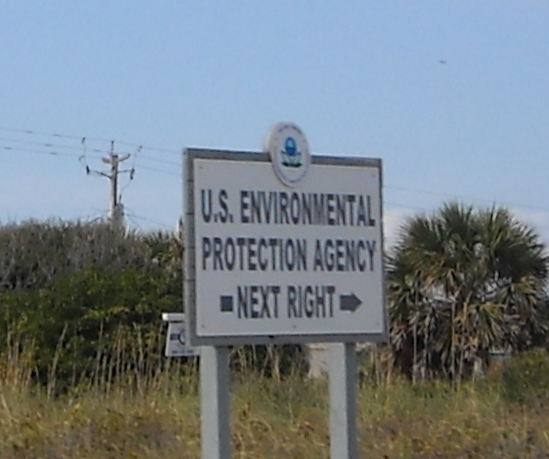 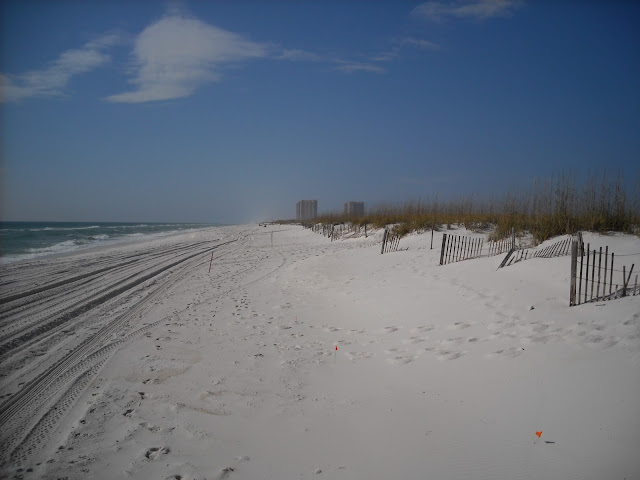 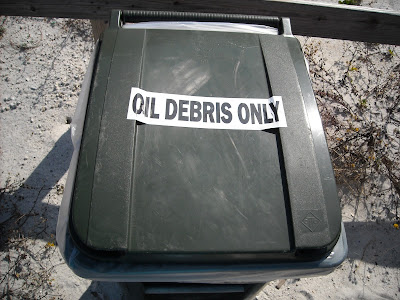