The White Mountains of New Hampshire

Wednesday September 1, marked the beginning of our third month of retirement and full-time RV life. It's hard to imagine we've been on the road for two months already.  It is a wonderful life and we're still having fun.

Late in the day we settled into our new campsite at Timberland Campground in Shelburne, New Hampshire. From here we want to explore the White Mountains and add to our growing list of National Parks visited.  The campground is nice with lots of trees to shade us from the continuing heat wave.  Temperatures in the high 80's - low 90's continues.   We met our neighbors, a couple from South Dakota who did the same as us -- sell everything to live on the road in retirement.  They seem like nice folks and we look forward to talking more with them.

I still love seeing all the white birch trees and learned at the NH Welcome Center that they are the state tree.  Robert Frost must have like them too as I see he wrote a piece about them, pointing out that he imagined at first that they grew at angles because they had been "ridden" by young boys.  He learned later that the trees grow that way because of the weight of the heavy snow....   who knew?

After today, I've discovered a new love: covered bridges.  I remember seeing pictures of them -- mostly on calendars. Always taken in New Hampshire.  We saw two today.  Wayne says one isn't real because it's part of a golf course, but I liked it anyway and took pictures of it. 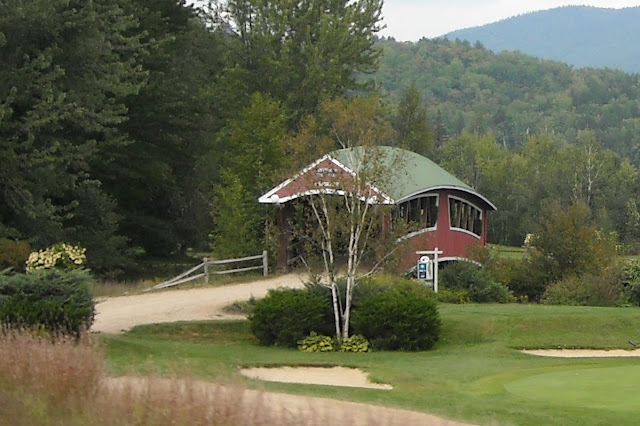 The Appalachian Trail extends as far as the White Mountains area and the highest of the mountain range is Mount Washington, some 6,200 feet I think. Here is some of what we saw and did during the day trip. 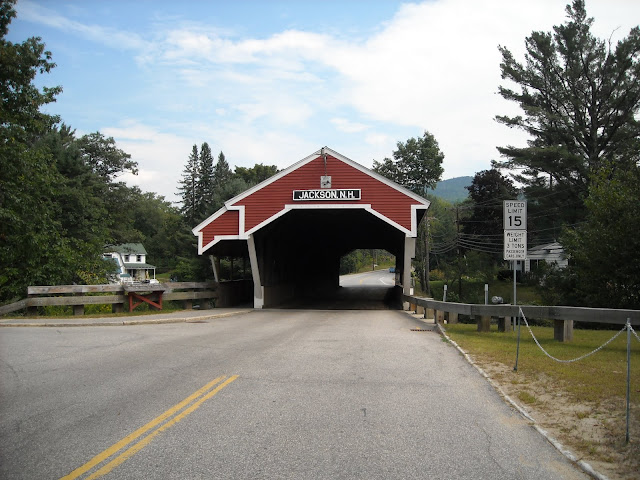 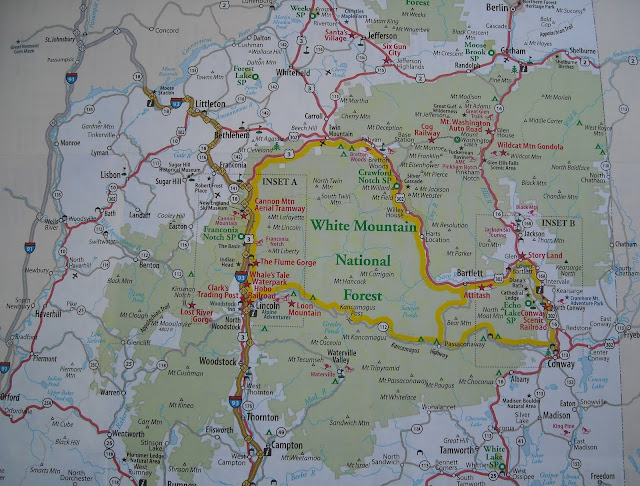