On Friday afternoon, September 17, we arrived at Camp Bell Campground in Campbell, NY, just off I-85 between Binghamton and Rochester, NY. We're making our way northwest to Niagra Falls and Buffalo before heading south. The nights are cool enough to use our electric blanket now and the days are getting a bit chilly when the sun doesn't shine.

Camp Bell Campground is nice and comfortable with back-to-back sites but lots of vacancies. Nearly deserted when we pulled in Friday afternoon, many locals did arrive that night and the place is humming with activities Saturday morning.

﻿
﻿ We are both still quite impressed by the beauty of New York state which we never knew was so mountainous and heavily wooded.

﻿﻿
﻿ Saturday morning brought a warm and sunny day. We took a day trip to the nearest of the Finger Lakes -- Keuka (prounounced "cuke-a").  Each community in the region feels it's particular lake is the best and the same is true here. Senaca is the largest of the Finger Lakes and it is to the east of Keuka, which is within 20 miles of Campbell.  Keuka Lake is "Y" shaped with an eastern and western upper lake portion.  We traveled north along the western edge of the lake from Hammondsport (south) to Penn Yan (north). The highway was good but narrow along a steep cliff with private property perched along narrow strips of land between the road and the lake. There is no beach area, the mountains reach right down to the water.

﻿﻿
﻿﻿ Our trip down the eastern side of Keuka Lake took brought us to a stop at an Amish Farm where we picked blueberries. Unlike the blueberry fields in Maine, where berries grow low to the ground, these were on bushes -- 3-4 foot high.

﻿﻿
The Amish farmers (husband and wife) were nice but had lots of body odor. They explained the growing of blueberries and grapes.


﻿﻿
﻿﻿ ﻿﻿From the blueberry bushes, we walked over to the large vineyard and picked a quart of grapes.  This area is loaded with vineyards and wineries. 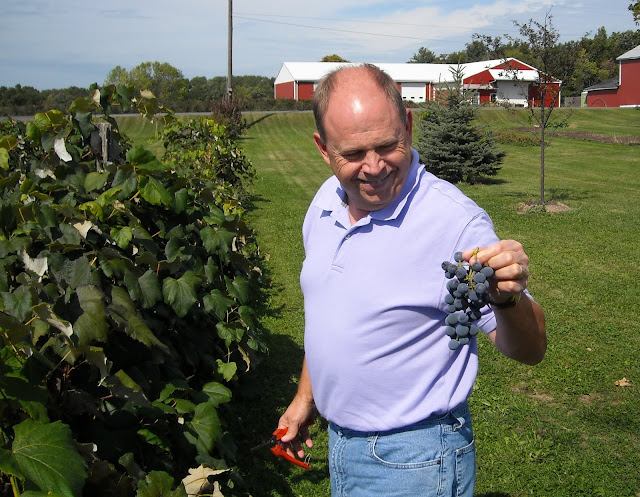 We left the Amish farm with our blueberries, grapes, tomatoes and corn, making our way back to the southern tip of Keuka Lake.

The annual seaplane homecoming was being held in Hammondsport so we stopped in to take a look. 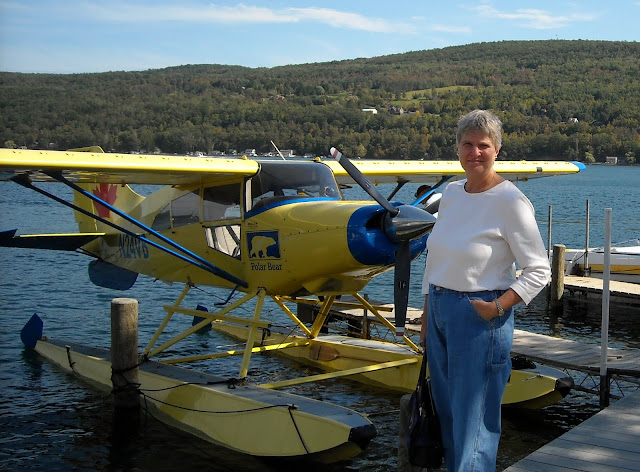 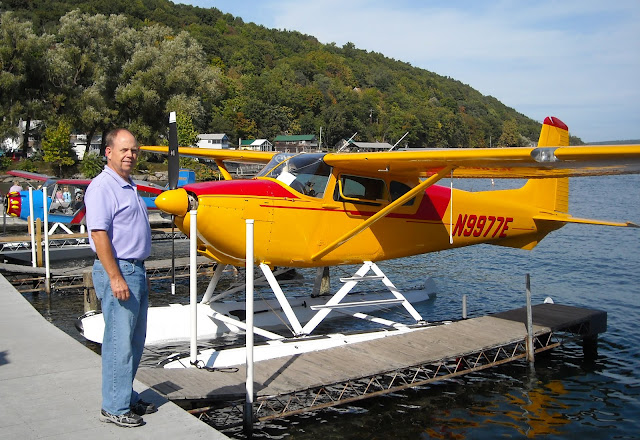 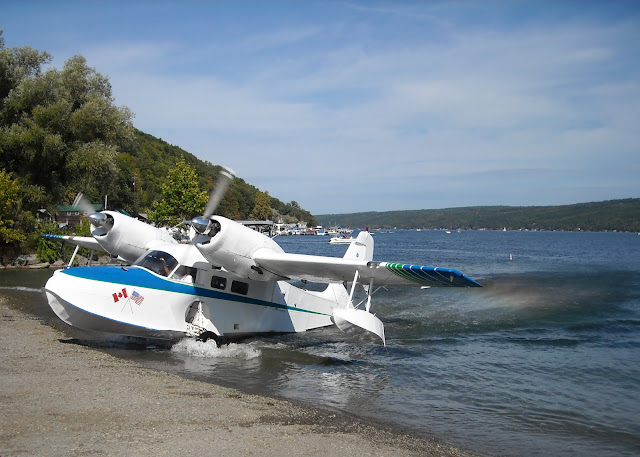 That evening, we watched on tv as Auburn hosted Clemson for an overtime game that finally resulted in an Auburn win.  War Eagle!
Email ThisBlogThis!Share to TwitterShare to FacebookShare to Pinterest