Cooperstown and the Baseball Hall of Fame 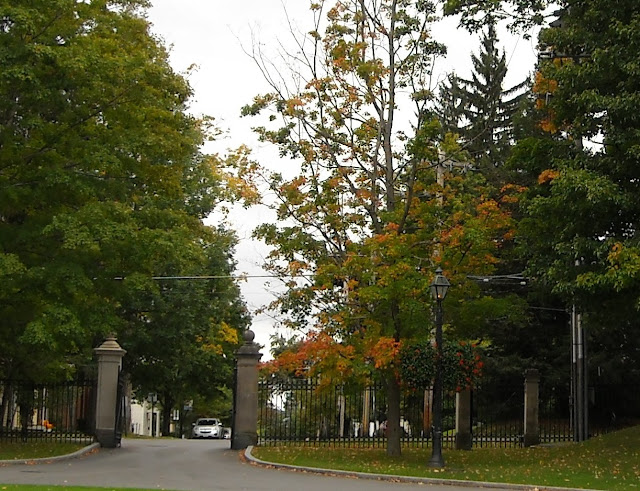 Cooperstown, NY is a small but beautifully picturesque lakeside village nestled between the Adirondack and Catskill mountains in the central part of New York.﻿ It was settled in the late 1700s by a judge named Cooper who's son, James Fenimore Cooper, was the author of the famous and timeless "Leatherstocking" tales including The Last of the Mohicians. His stories have been repeated in books and movies throughout the years. That fact alone was enough to put Cooperstown, NY on the map.
﻿
﻿

﻿
﻿ But Cooperstown's fame was cemented further in 1907 when it was designated the birthplace of the great American pastime -- Baseball!

A decorated Civil War Union Army officer is credited with the invention of the game of baseball in 1839 at Cooperstown.  His name was Abner Doubleday and the critical fact that he was at West Point during 1839, not in Cooperstown, has long since been forgotten. Doubleday lead soldiers at Gettysburg, but that point has been forgotten too.
﻿Our Oneonta, NY campground, Sesquahanna Trails, is less than 30 miles from Cooperstown. We made the short ride over today to see the Baseball Hall of Fame.  Our friends, DJ and Tom, are currently based about an hour north of there and have agreed to meet us.  DJ is from that area and knows it well. She's agreed to show us around.

﻿﻿
After touring Baseball's Hall of Fame, we strolled around the rather "touristy" town, ate lunch and visited the original Doubleday Field. 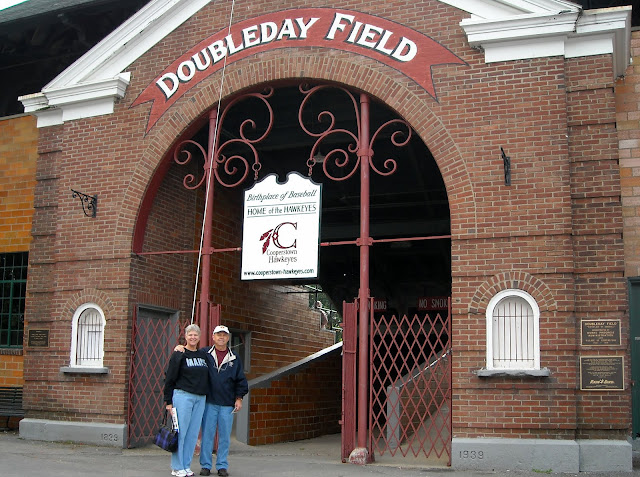 Another famous landmark is also located in Cooperstown.

The weather is just great. Sunny and about 55-60 degrees which, for us, is perfect for the days activities. Because Labor Day is past and school is back in session, there are no crowds and no long waiting lines. It was a terrific day and we enjoyed spending it with friends -- thanks Tom and D.J.