Leaving Indiana, Pennsylvania today we decided to go to the crash site of United Airlines Flight 93 on September 11, 2001.   The crash occured in a field near the town of Shanksville, Pennsylvania. 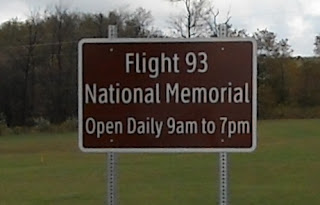 The site is now a National Park.  The old metal building that served as a command headquarters immediately after the crash serves as the temporary memorial house.

﻿ ﻿ Because of load restrictions on the approach road to the site, we had to leave the motorcoach parked at a nearby metal shop.  An employee of the shop told us of seeing the plane as it flew directly over the workyard in route to it's crash. He said the outside workers could see the people in the plane as it flew just a few hundred feet off the ground.  None of the employees knew the plan had been hijacked until much later in the day. 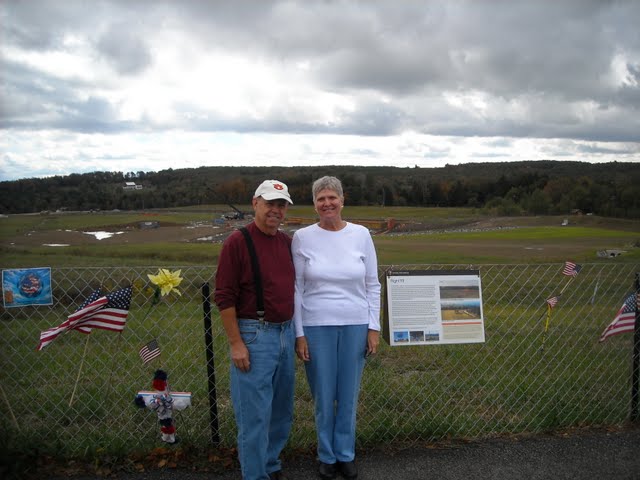 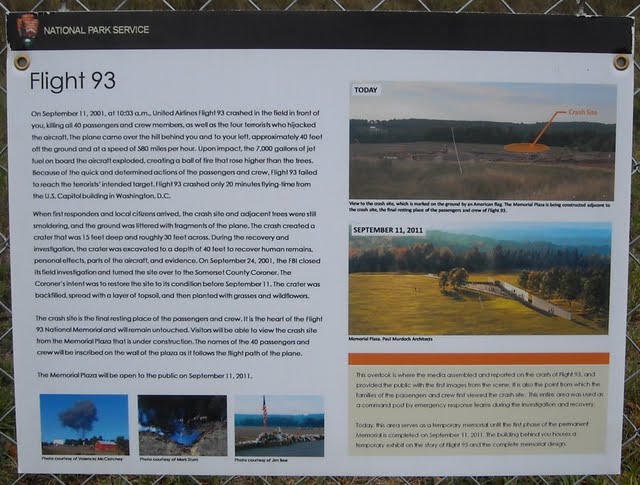 It was a sobering and moving sight on a cool, overcast day. 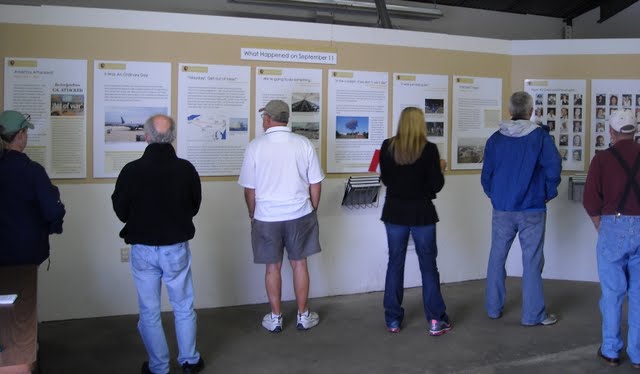 We are in route to Gettysburg.
Email ThisBlogThis!Share to TwitterShare to FacebookShare to Pinterest