Monday, September 20th was a travel day and we drove west through New York, finally leaving the beautiful mountainous area and entering the vast flat agricultural part of the state. Huge farms with large barns, multiple grain silos and great fields of corn, soybeans and other crops fill this part of New York. Signs of autumn are everywhere in the state though, with colorful foliage in both the mountains and flat areas.

In the afternoon we arrived at Sleepy Hollow Lake Campground in the small town of Akron, not too far from infamous Attica Prison, where riots occured in the 1960's.

Tuesday brought a much anticipated day trip; first to Lockport, NY where we saw locks in operation. We were fortunate to see a boat go through the locks while we were there.  I only captured one photograph and a movie clip.

﻿
﻿
From Lockport we went to Niagara Falls. Wayne had been several times, but this was a "first" for me to see the falls. It was as spectacular as I had hoped. Niagara Falls State Park turned 125 years old this year (2010) and it is the first state park created in the US. The day was sunny, about 82 degrees.
﻿ 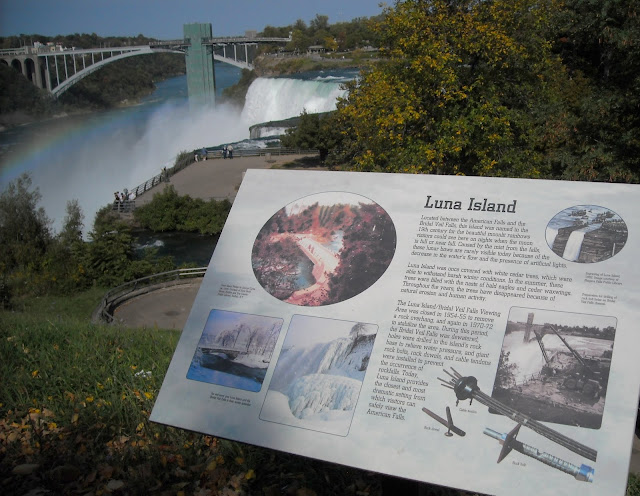 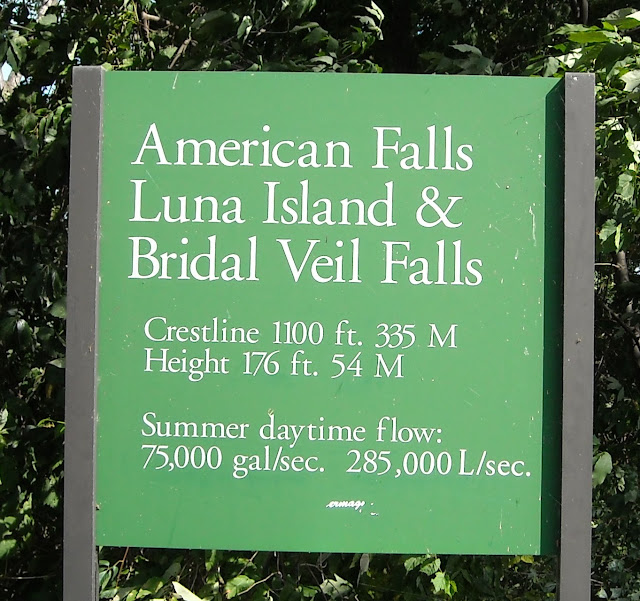 After seeing the falls and riding around the park, we headed north to Youngstown where we visited Old Fort Niagara. The fort dates back some 300 years to a time when France and Britain controlled the area. In 1813 it was taken from the US by British troops. Obviously, somehow, we managed to get it back...
﻿
﻿﻿
﻿

Finally, we drove onto Grand Island to find where Wayne was stationed while he was in the military service. We looked for an office building he wanted to see, but were unable to locate it.
Email ThisBlogThis!Share to TwitterShare to FacebookShare to Pinterest