Oak Ridge, Tennessee: Where A/C Came Together With Y-12

Endie's new air conditioner was delivered to Buddy Gregg RV on Monday, July 27th, so late that afternoon, we pulled up stakes at Spring Lake RV in Crossville again. Once again Wayne drove Endie and I followed in the truck to Knoxville. The air conditioner installation will be done tomorrow morning.

Wayne is real concerned about the engine and almost abandoned the whole idea of having the new air conditioner installed. As consolation, he's asked the service advisor to order a "drain and fill" of the engine oil. He is eager to get a second opinion about having the 20 hour engine repair done.

Early Tuesday morning, the service techs came for Endie. The A/C work is expected to take a bit more than a half day. We took a day trip to nearby Oak Ridge where we will visit the American Museum of Science and Energy at the Y-12 National Security Complex. 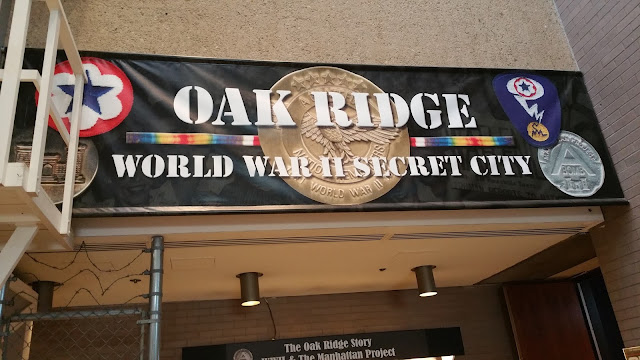 One of the greatest secrets: 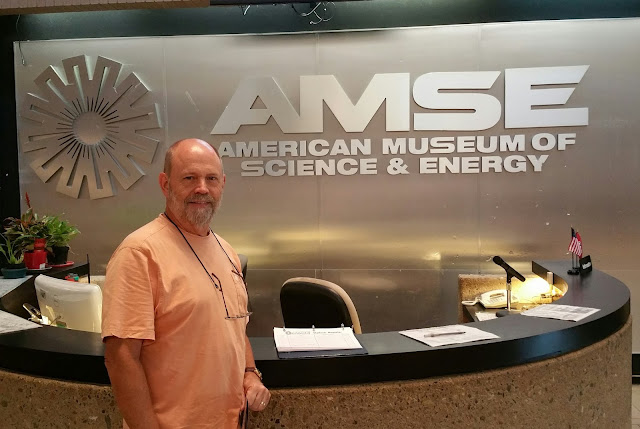 In 1942, the U.S. government began a buy-up of 59,000 acres of land in east Tennessee. On it, they would build a city that would not be recognized, named or shown on any map. It was all top secret. The mission was to produce uranium 235 for atomic weapons. The area would later be named "Oak Ridge". 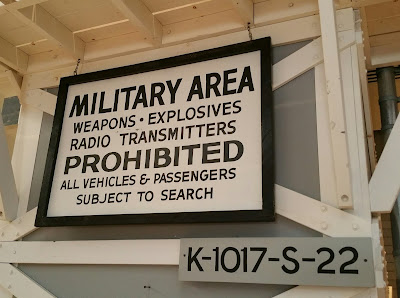 Some 90,000 people would be employed to operate electromagnetic separation facilities (calutrons) -- most without realizing what they were doing.


This would be the beginning of the famous Manhattan Project -- a discovery so huge it could end a World War... and did.

The effort here was named Y-12.

The AMSE displays are arranged chronologically so even those of us lacking in scientific knowledge can enjoy following the steps taken for America to reach the point of nuclear weaponry. 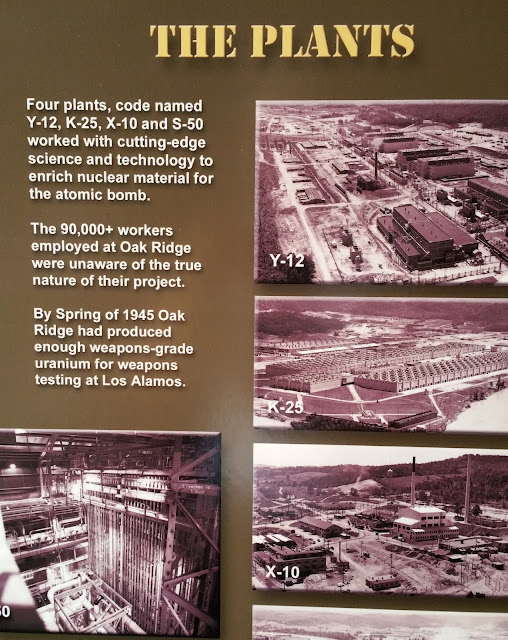 It takes about 1-1/2 hours to tour just the American Museum of Science and Energy at Oak Ridge. A bus tour is included with the small ($4 seniors - $5 adults) price of admission. The bus takes visitors into the Y-12 National Security Complex to see Oak Ridge National Laboratory's Graphite Reactor (a National Historic Landmark), the New Hope Center History Room and the East Tennessee Technology Park Visitor Overlook.  We did not take the bus tour.

I was unaware just how great a role the state of Tennessee played in America's involvement in World War II until this tour.  It seems the 101st Airborne did practice jumps into farmlands near Nashville and General Dwight Eisenhower visited them there.  I enjoy seeing the old photographs and newspaper articles.

I'd never been to Oak Ridge but Wayne came here with his grandparents in the late 1950's. He remembered the display that made people's hair stand on end. The day of our visit, a group of children attended and eagerly took part. 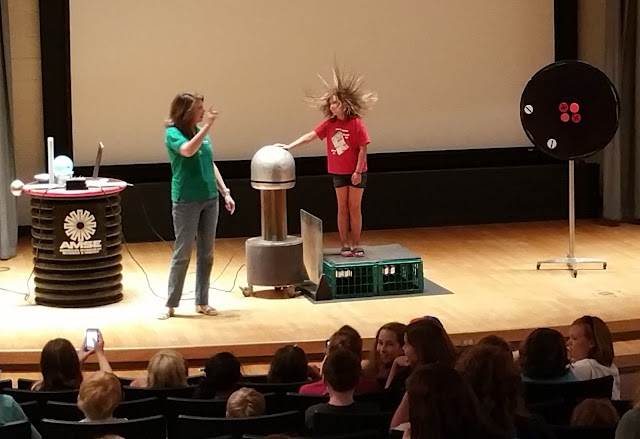 More than 70,000 weapons components have been made at the Y-12 complex since the late 1940's. Now, the complex serves as a stockpile thousands of canned sub-assemblies from discarded nuclear weapons, as well as depleted uranium, lithium, and other hazardous chemicals.

Other of America's energy sources had displays in the museum too. Coal, gas and solar exhibits included.

For anyone interested in our country's role in World War II, the history of nuclear weaponry and Tennessee history, a visit to Oak Ridge would be a good way to spend a day. For more information, check out The Y-12 National Security Complex Website.

Meanwhile, back to the A/C in Knoxville...


By around 3:30 we returned to Buddy Gregg RV and found Endie's work to be completed and she was parked in the campground.

The new air conditioner is much quieter than the one we replaced.  While I was unhappy the service advisor didn't tell us ahead of time that the warranty didn't cover the entire project, I am pleased overall. As ordered, the engine's oil has been changed as a safety measure.

That same afternoon, we drove back to Spring Lake RV Resort in Crossville where we'll stay on a few more days. We return to middle Tennessee later in the week to see the children over the weekend. Next Monday, August 3rd, we'll get Endie into the diesel shop in Murfreesboro.
Email ThisBlogThis!Share to TwitterShare to FacebookShare to Pinterest