This will be a difficult weekend as it is the passing of what would have been Macky's 65th birthday -- first birthday after his death. I wanted to be with Donna and his family to mark the date. It's a sad time but as usual, Donna is a bulwark while I fall to pieces.

On Saturday, Wayne, Donna and I went first to the graves of Macky's and my parents in Huntsville. Later we joined Sherrie and her family for dinner. Then, just before dusk, we took a flower arrangement to Macky's grave at Pleasant Hill Cemetery. I had a terrible time of it.


When we arrived at Donna's that first evening, we were greeted by a lanky, tri-color spotted dog who had taken up residence on Donna's porch. He romped all over the yard as though he'd always lived there. Donna decided to keep him and has named him Buster.

Buster appears to have been dropped by his previous owners. Donna thinks he is a mix of Australian Shepherd and Lab.  He is young, appears to be healthy and is very friendly. His only problems are (1) he chases cars and (2) he is destructive, chewing everything and bringing junk into the yard.


It took only a few minutes to teach Buster to fetch and to shake hands and he loves playing. He is also an affectionate boy, leaning onto your legs, then sliding down them so that he is laying on your feet. Wayne and I fell in love with him almost instantly. 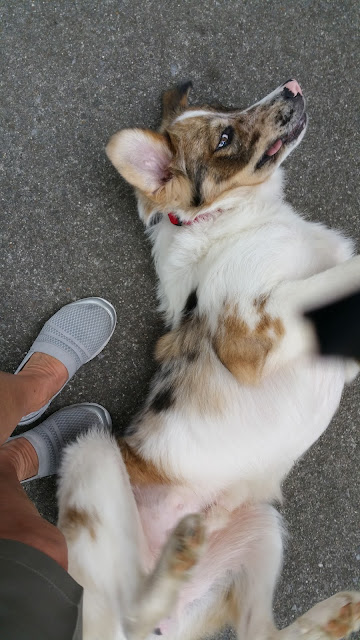 When we met Buster, he was in his second day of treatment for a terrible flea infestation. By Sunday we could see no trace of fleas so we gave him a bath. He loved it and almost fell asleep standing up while we lathered him in warm soapy water. It took three of us: Donna, Sherrie and me and we had a ball with this big ole lovable dog.

His unique markings include a nose that is part black and park pink. One eye appears marble-like. Everything about this good natured ball of energy is unusual.

I'm glad Donna has kept him.


Donna made an appointment for Buster to be neutered and maybe by the time cold weather comes, he will be calm enough to be welcomed into the garage and/or laundry room if not the living room.

Late last summer I enjoyed an impromptu gathering of some friends from high school. With just a few days for our visit we were able to plan another one. This time we met at Marilyn's house in nearby Hazel Green. Our original plan for patio lunch and an afternoon by the pool was thwarted by a terrible rain that started long before daylight. No matter. We enjoyed sitting around in Marilyn's living room and then her kitchen table -- laughing ourselves into another "way back attack".

The final order of business this trip to New Market was to help Donna get Macky's motorcycle advertised to sell.  It's a 1985 Honda Gold Wing Limited Edition that been stored since 1996. Macky bought it as a restoration project for the winter months but his health condition just wouldn't let him do it. 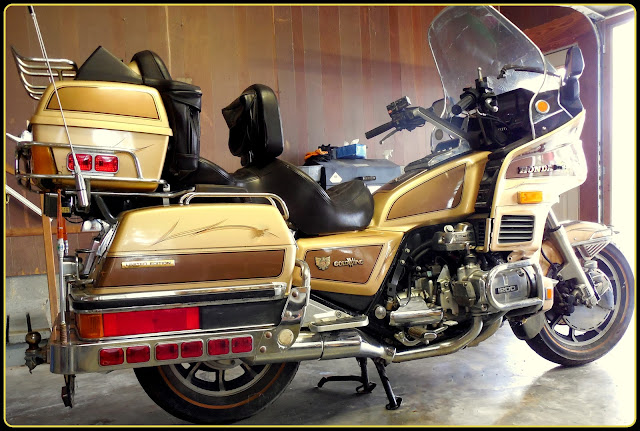 I took about two dozen pictures of the Gold Wing and I've begun looking for ways to get it publicized. I posted it on Facebook and have asked friends to share it. At the moment, I don't know the mileage or the NADA value. When Donna finds the key for an odometer reading, I'll post it. Reasonable offers will be considered and will receive a response. Ridiculous ones will be ignored.
Email ThisBlogThis!Share to TwitterShare to FacebookShare to Pinterest