Texas Tech is in Lubbock, Texas and that's where we headed when we left Ingram. Wayne learned that Tech has a research library for all things related to the conflict in Vietnam.  He sometimes gets caught up in looking for military data and old buddies and I really can't fault him for that interest. If possible, he will make an inquiry into whether the general public is allowed to use the facilities or if it's use is limited to those with specific credentials.

Once we reached Mesa Verde Campground in Lubbock, however, we began having second thoughts about being here at all.  A dust storm blew in about the same time we did and the sting of blowing sand was awful. Visibility was less than a hundred yards. We arrived on a Thursday and our site is available for two nights -- meaning we have Thursday afternoon and Friday for Wayne to get to the Tech campus before we pull out on Saturday.

As it turned out, for a variety of reasons, Wayne didn't have much luck getting around on campus and he relented quickly on getting his research questions answered.  He opted for a provisions run at the local Walmart instead.

Lubbock is home to Buddy Holly and there is a Buddy Holly Center here. We didn't go in but probably should have. A popular restaurant across the street from the museum appeared to be a much more popular spot.

I'm sure Lubbock is a nice place to live and to visit but the dry blowing dust was more than we were willing to take and so we were happy to pull out Saturday.

Following are a couple of pictures of the things we saw over and over along the way.  I could have taken the same picture a thousand times. It was all the same.  Oil wells, tanks, production equipment and the occasional water well. A few cattle dotted the landscape but for the life of me, this old southern gal can't see how a cow can survive on so little grazing land.

Finally we happened upon an oasis of a town: Artesia, New Mexico where we were greeted by clean streets with curbs and nice business fronts.  Frankly, it would have been a nice place to stop in for a few days, but we were headed to Alamogordo and nothing was stopping us now!


The last leg of our "Lubbock to Alamogordo" run along US 82 was certainly a challenge just west of Mayhill where we "braked" down a winding 6% grade for more than 16 miles. It had been quite some time since we were in 7,000 + elevations and we almost forgot to let the air out of the Sleep Number mattress. When we thought of it, both chambers of the mattress registered 100 (maximum reading) but it wasn't damaged (hope, hope). To not deflate the Sleep Number mattress in high elevations will void the warranty -- just FYI.

But alas! the scenery became spectacularly beautiful as we finally pulled out of the downward grade and approached Alamogordo! 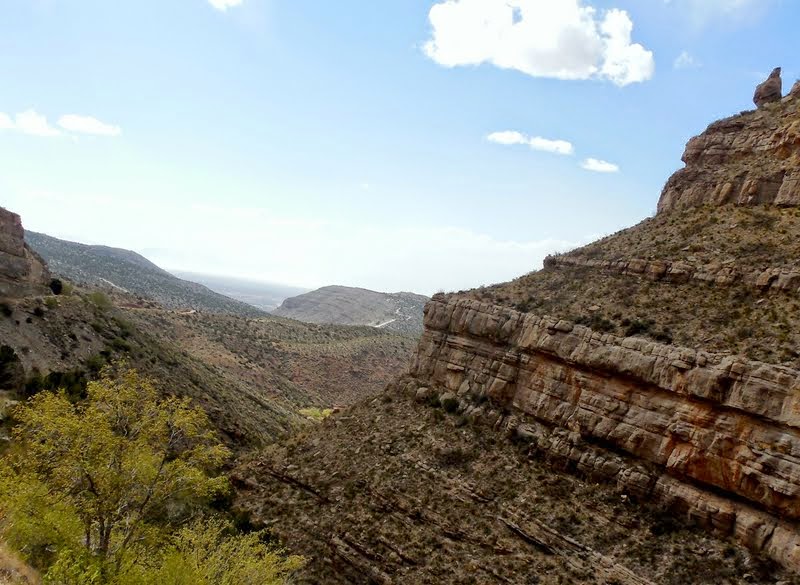 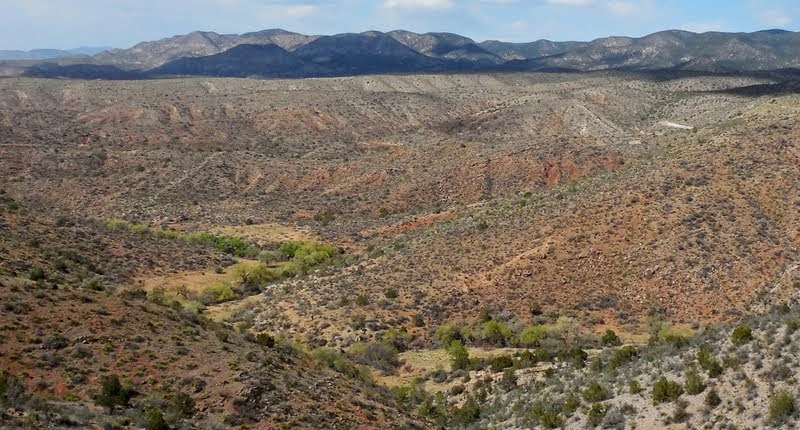 It was late in the afternoon when we settled into our site at Boot Hill RV Park just outside town. We hope to get a good day to visit White Sands National Monument during our stay.
Email ThisBlogThis!Share to TwitterShare to FacebookShare to Pinterest