All The Way With LBJ


﻿
﻿ The Lyndon Baines Johnson Presidential Library and Museum is in Austin, Texas. The library is the location of the final public speech given by the former President.

LBJ is rather special in Wayne's view as he was Commander In Chief during the Vietnam conflict era and that's when Wayne performed his military service.  The Library has artifacts made available to visitors from President Johnson's life in American politics and the Vietnam conflict era.  The wartime effects in the library were especially meaningful to him.

Just as we did two weeks ago in College Station at the George Bush Presidential Library and Museum, we spent a little time getting comfortable in the Oval Office -- you just never know.

Responsible for successfully creating "The Great Society" complete with social service programs including the creation of Medicare, Medicaid and the Civil Rights Act, Lyndon Johnson bore the brunt of national opposition to the conflict in Vietnam and his vast expansion of troop involvement there. The quote below, reportedly by the President, says it all.

Many items from the First Lady's days alongside her husband were displayed at the Presidential Library too.  Until this visit, I didn't know (or had forgotten) she received the Presidential Medal of Freedom.
After his death, former President Johnson's body was carried up these steps where he lay in state here in his Presidential Museum and Library. 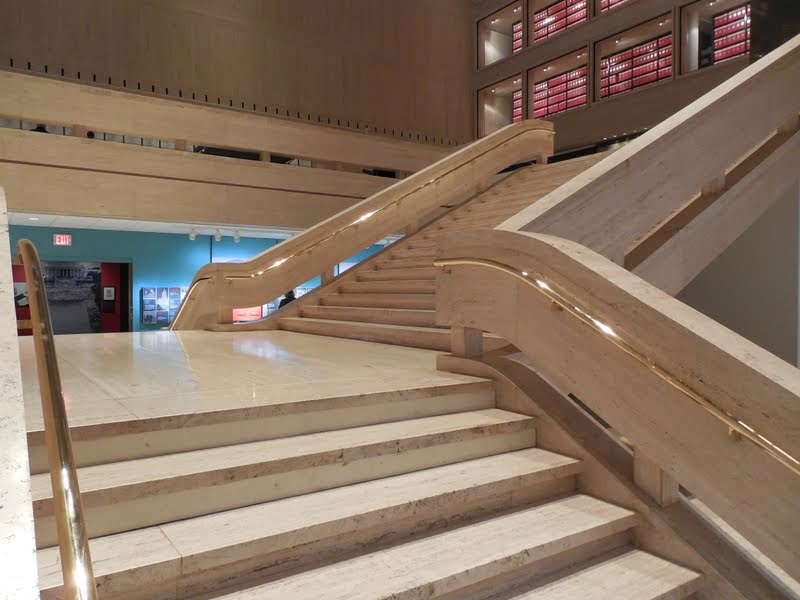 Upon completing our tour of the LBJ Library and Museum, we managed to locate nearby Stubb's Bar-B-Q Restaurant. Wayne has, for many years, used Stubb's marinate and sauce when he cooks on the grill. We ate a southern pulled pork barbeque sandwich which was good, but overpriced. 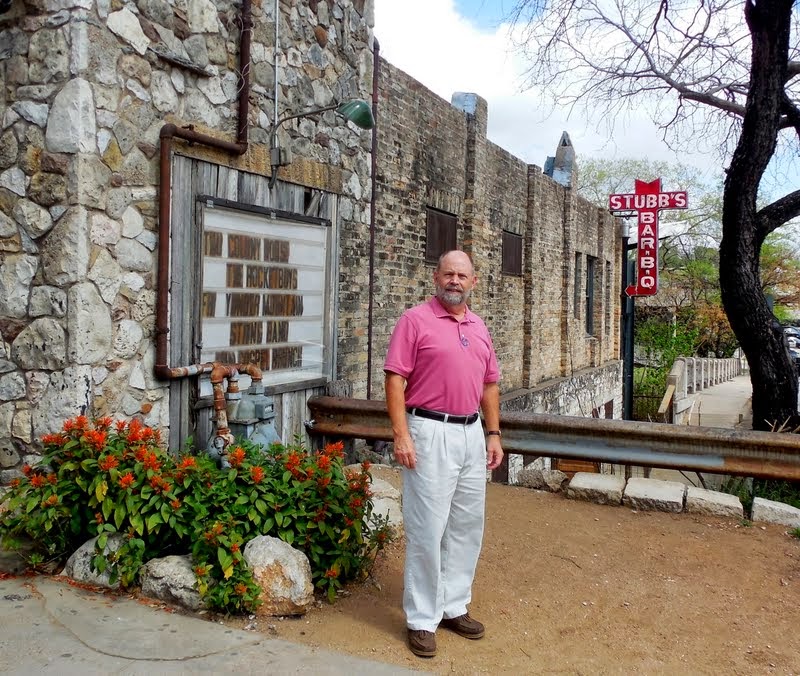 Our visit to Stubb's wrapped up this visit to Austin as even more people were expected to arrive for the Annual Relay to be held here over the weekend.  We'll move along.  Hope to see you down the road!
Email ThisBlogThis!Share to TwitterShare to FacebookShare to Pinterest