After several weeks of research and advise from friends, I broke down and bought a new camera. It's another Nikon Coolpix -- a model L610, new to the market with 14x optical zoom and a pet action setting so I can get the shots I've been missing or getting poorly in the past. 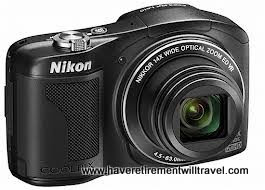 Knowing we were coming to Custer, South Dakota, I ordered the new Coolpix to be delivered for pickup at Best Buy in Rapid City.  The day we stopped in Rapid City to get the dreaded K9 Advantix II (see previous post for detail), I went into the Best Buy to pick up my "ship to store" camera.  I opened the box and tested the camera right after I treated Ozzie with the K9 Advantix II.  He must have had an immediate reaction to the Advantix and associated it with the sounds and/or smells of the new camera.

The entire next week, suffering from the reaction to the K9 Advantix II, Ozzie went into violent trembles every time I turned the camera on.  Finally, on the fifth day, I took the camera outside and turned the sounds off.  I was still very careful not to get the camera close to Ozzie, but left it in places where he could see it. 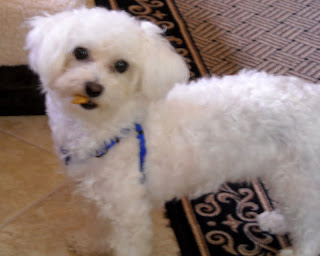 I'm so happy to report that Ozzie's reaction to the flea medication and the fear of the camera is over after eight days.

I still haven't turned the camera's sounds back on -- that will come in time.
Email ThisBlogThis!Share to TwitterShare to FacebookShare to Pinterest