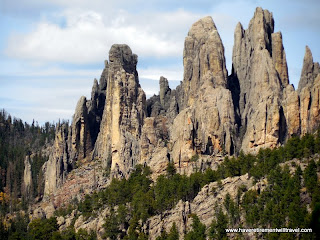 It's called Needles Highway for a reason:  The needle-like granite formations seem to pierce their way out of the earth and into the horizon.

The "needles" are all along the highway and can be seen from all directions.

The road is a mere 14 miles but is spectacular to see.  It was carefully planned by former South Dakota Governor peter Norbeck who marked the entire course on foot and by horseback.

Construction of this road was complete in 1922. 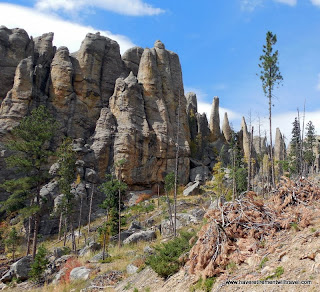 Marcella, Landon, BJ, Wayne, Lexie, Ozzie and I traveled the Needles Highway as part of our trip to see Mount Rushmore this day.

Wayne told me later that he enjoyed the scenery along this highway as much or more than any he can remember.  That could have something to do with seeing some of the leaves turning yellow.  He likes autumn.


There is a unique rock formation along this route where a particular opening looks like the "eye" of a needle.  This rock is called, naturally, the "Needle's Eye".
Ordinarily we'd spend quite some time exploring this beautiful stopping point, but as we approached, we found ourselves in a bit of a traffic jam with a large tourist bus in an awkwardly parked position -- all it's riders out and milling around the road among the rock formations.  The confusion and congestion sure took it's toll on the serenity of the setting.

﻿
The tour bus engine continued to run even after all the occupants were out on the road. Diesel fumes became noxious so we loaded ourselves and resumed our ride -- glad to be ahead of the gassy tourist bus.

Needles Highway has several narrow tunnels and the first was the only way out of the small congested area that contained the bus and it's tourists.  I learned later that this particular tunnel was  a tight 8'4" wide and 12' high.  Yes, the tourist bus DID eventually go through this tunnel.  It was quite a sight. We watched it come through from the other side.

The huge rock formations continued to be seen as we drove. Some could only be seen from a distance while others seemed so close the road could only wind around them. 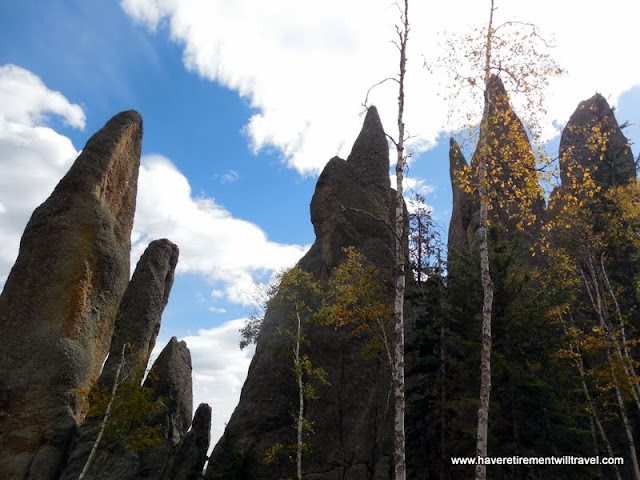 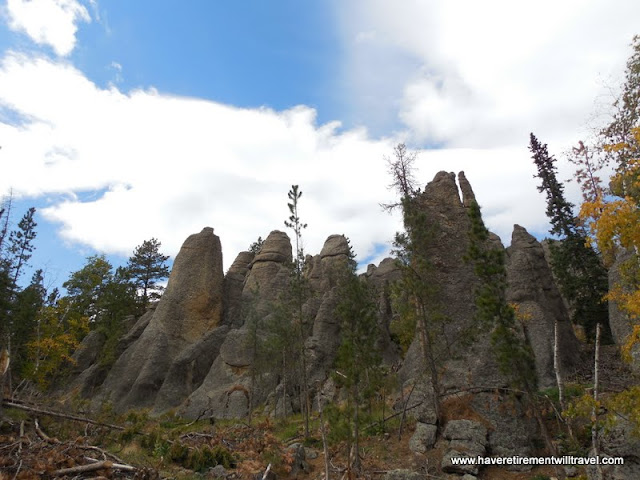 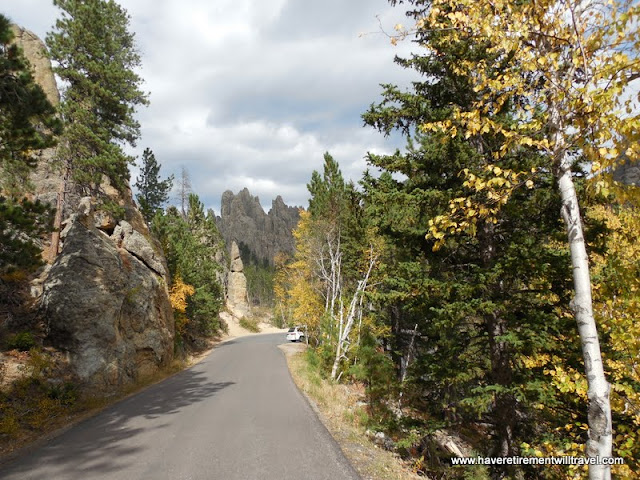 This area has plenty of wildlife, large and small.  Some of the smallest are the tiny chipmunks and they seem to be everywhere in this part of the country.  Along the road we're traveling today, I can see that they have been fed by tourists because they come running to meet people who approach them. One ran up the jeans leg of a woman standing near us. I couldn't resist giving them some of the Sun Chips we had in the car. 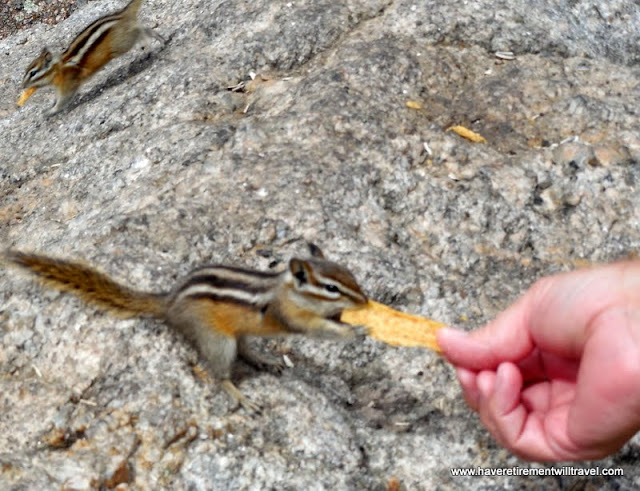 The ride today would ultimately take us over to the Iron Mountain Road where we'd travel through three more tunnels, around some pigtail bridges and ultimately to Mt Rushmore -- another place I've never been.

Whether or not you've seen Mt Rushmore, I hope you'll travel with us to see it in late afternoon and  at night.