Day two of our Gettysburg visit was an "indoor" event as a tropical depression brought rain in torrents all across the eastern states north of Georgia.  First on our agenda was the Civil War film, produced by the History Channel and narrated by Morgan Freeman. From the theater, we went upstairs to see the famous Cyclorama which was impressive. Photos of both were impossible and discouraged.
Within the same building, we toured the extensive museum where I snapped a few photos. 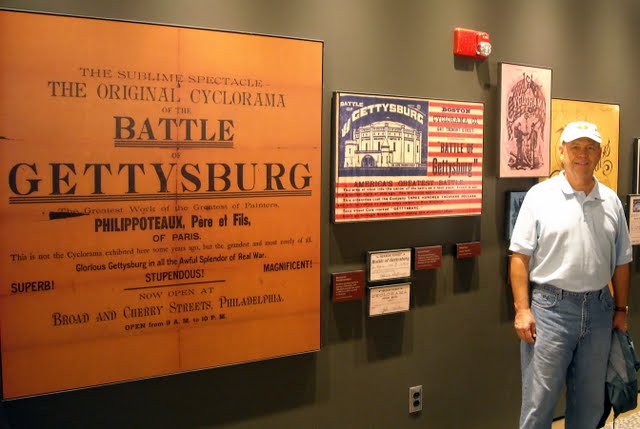 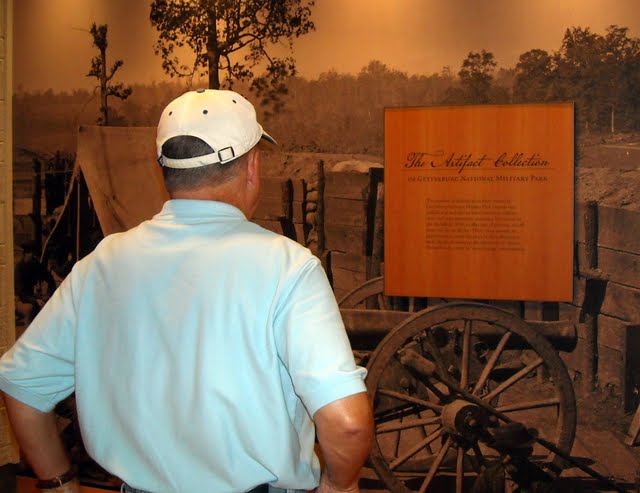 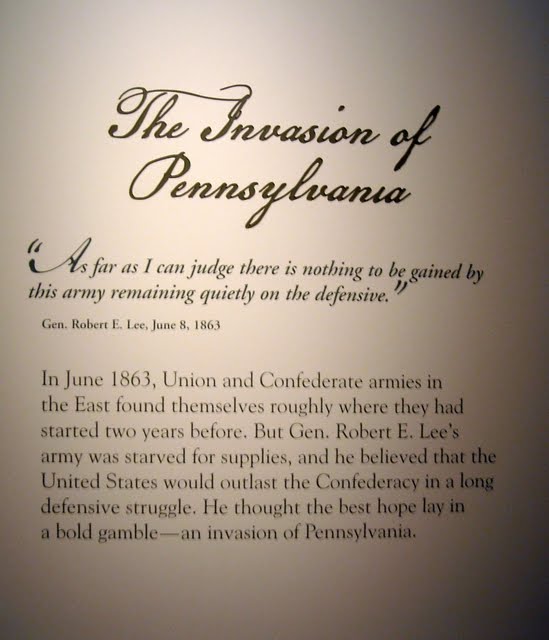 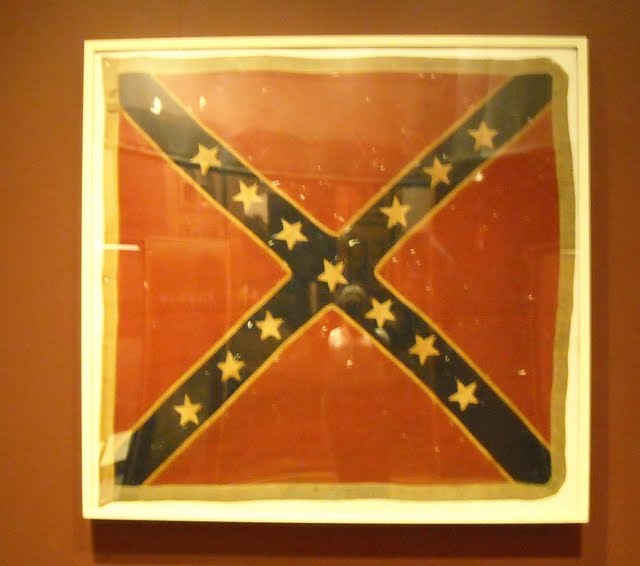 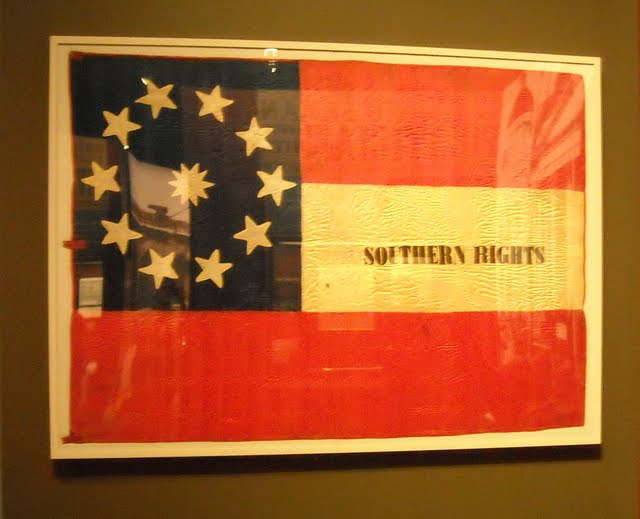 By mid-afternoon, the pouring rain had been reduced to occasional showers so we visited Gettysburg National Cemetery where we saw the monuments denoting the location of the Gettysburg Address, a 13 sentence message, delivered by President Lincoln, four months after the battle. Cars are not allowed inside the cemetery so we made a quick trip between showers.
Our hopes to visit the Eisenhower Farm and Home were dashed early in the day as the severe weather caused a power outage on the property.  Bummer.
Email ThisBlogThis!Share to TwitterShare to FacebookShare to Pinterest