Annapolis and the U.S. Naval Academy

Neither of us has ever visited Annapolis, Maryland or the Naval Academy that's there. Wayne has wanted to see it for a long time. Especiall since he's visited West Point two times now.  Members on both sides of his family served in the Navy, but he, being different of course, joined the Army.

Our base campground, Greenville Farm Campground, is in tiny Haymarket, very near Manasas, Virginia.  It's only 30 miles into Washington, D.C., but twice that distance to Annapolis.  We left early Sunday morning, October 3rd for a full day of touring.

Annapolis is much different that I'd expected. The city is very old, with narrow cobblestone streets. I can't say it's like anyplace I've been, but it's very nice. The buildings in the downtown capitol area are small, old and well preserved.  Cars are a liability here as parking spaces are few and far between.   Because we couldn't find a parking space, I really couldn't capture any good photos, but the capitol building was picturesque and we would have like to have spent some time looking around... 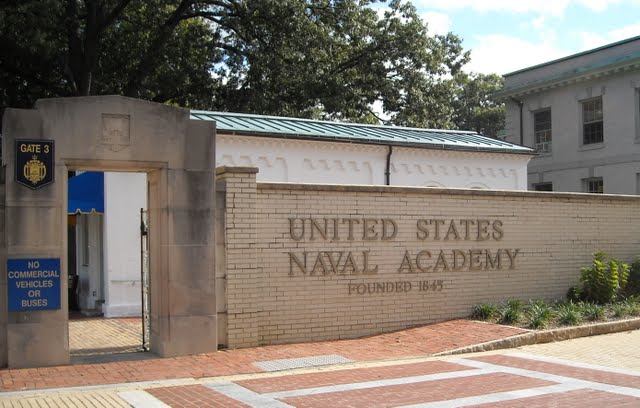 We did find a parking space within a block of the Academy entry gate. 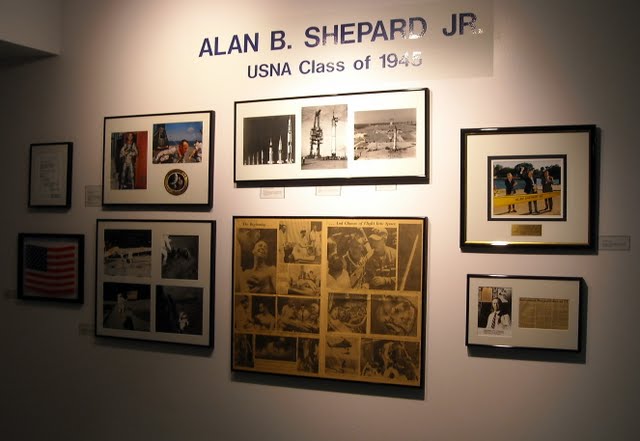 Living life outside the military realm, as I did, its easy to forget how the Navy touches other parts of life.  Like Astronauts whose names are familiar and major battles of WWII upon which movies are based.

I had forgotten all about John Paul Jones saying, "Give me liberty or give me death" -- His crypt is in the lower level of the chapel at the Naval Academy.  I was reminded of such things as we walked over the campus. 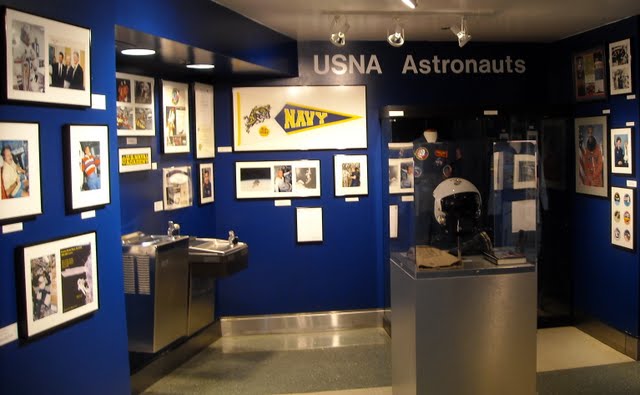 The buildings are beautiful and stately -- as were those at West Point.


Wayne was particularly eager to have his picture taken with "the goat" -- Chad would like this one.