A few days before Christmas we left Paradise Oaks in Bushnell and drove down I-75 to spend a few days around Bradenton and Sarasota.  The campground here calls itself Pleasant Lake RV Resort. The resort area is a large lake circled by a double row of campsites that have been mostly overtaken by park models, modified, updated and renovated to the point of being permanent.  These are the kind of places we usually avoid as we feel we're encroaching onto a permanent community. But this one isn't too bad with about half the sites being used for actual RV's of one kind or another.

I'm not good at blogging when we're in places we've lived.  Every year I resolve to do a better job of taking pictures and writing about the things we do even though they aren't new to me.  I always break my resolution though and it's happened again this trip into Florida.  Nothing seems newsworthy to me but I am going to try my best this time and I know I'll be glad I did.

Our Christmas was really uneventful, the same as always, and the way we like it. Wayne sent a few Christmas cards and made a few phone calls. I called my brother. The 2012 Smalley RV Christmas Dinner was pretty much like always -- a bottle of  champagne and good, but simple food.  Our Christmas present to ourselves was a donation to a favorite animal rescue group.

Speaking of rescues.... I'll post the 2012 Christmas Card we used on Facebook.
Sarasota is the old winter home of the Ringling Circus is famous for it's mild winter weather and laid back beaches.  We've taken several drives to the beach -- both north and south of here and this is a bit of what we've seen. 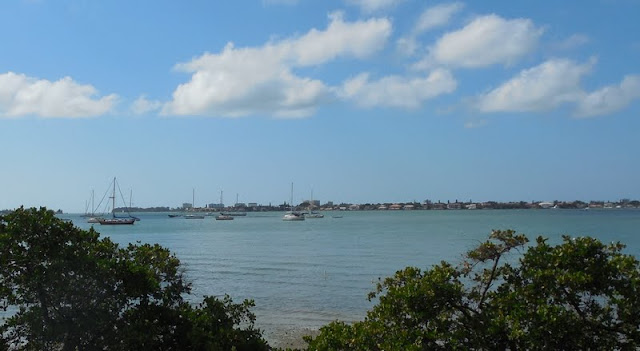 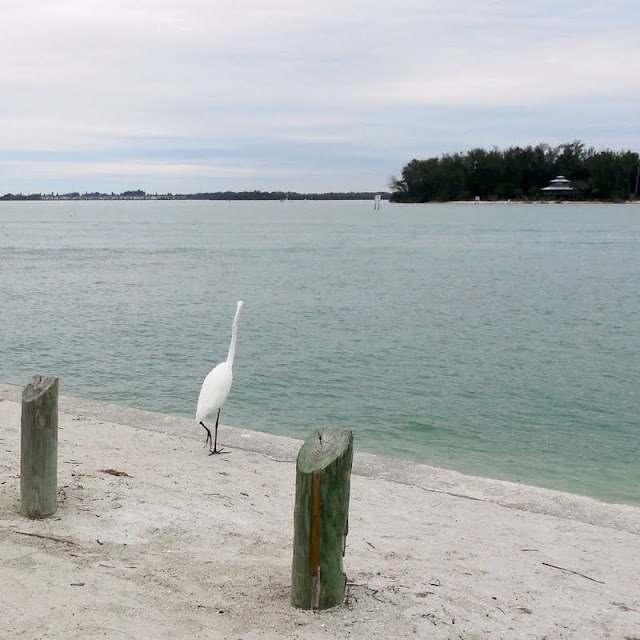 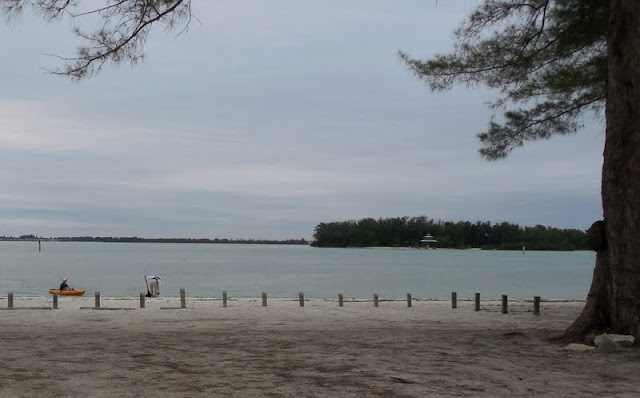 The initial plan was to stay at Pleasant Lake just a few days to get past Christmas -- maybe New Years and move along.  In mid-January, we will take in the 2013 Tampa RV Supershow though, so we want to stay in this area.  In the end, we decided to stay on here at Pleasant Lake as we grew weary of trying to find something better without driving too far from Tampa.

Most of the folks at Pleasant Lake are seasonal, returning every year to the same campsite, so almost everybody knows everybody.  The site we're in was reserved beginning January 1st, but a health problem caused a delay in arrival for the next guest, so we are able to stay on.

Our neighbor, Jerry, is from North Dakota and comes here every winter. Jerry has a sweet little Japanese Chin / Maltese mix named Buddy, who comes over occasionally and wrestles with Ozzie. Jerry is an model plane builder and pilot. We've enjoyed watching out the window to see the daily progress as he finished up the beauty in the picture below.  He will be taking it out for it's maiden flight any day now.

We've met a few other folks here, Debbie, Willie and their dog Harley from Nashville.

Another couple, Grace, Tom and their golden retriever, Tucker are from Michigan. Because they are farther down the street, I failed to get a photo of them, but hope to see them again.


Unfortunately, all is not happy at Pleasant Lake RV Resort as I've had a run-in with a group of neighbors about dog walking. Without going into all the detail, let's just say we finally agreed to disagree, thereby tolerating each other while we're here.  Most unpleasant!

We are both getting excited to be leaving here and going to the RV Show in Tampa next week.
Email ThisBlogThis!Share to TwitterShare to FacebookShare to Pinterest