I believe this is the first time we've ever attended the annual Mullet Festival without a group of friends. Did everybody else outgrow it?  I suppose.  We went alone, maybe caused by nostalgia as this would be the first festival since the death of the founder, Stan Gober.  Or maybe we wanted to remember the fun we've had there other years. Mainly we came because this might be the last time for the foreseeable future.  If we return to Florida next winter, it's likely we'll visit the south central or eastern coast.  As nice as Southwest Florida is, there are other beautiful places around the state to visit too.

We took the scenic route to Marco Island, arriving at Goodland around two o'clock in the afternoon.
Goodland is a fishing village on the south end of Marco Island and is home to a field research station for 10,000 Islands.  The area is really nice. 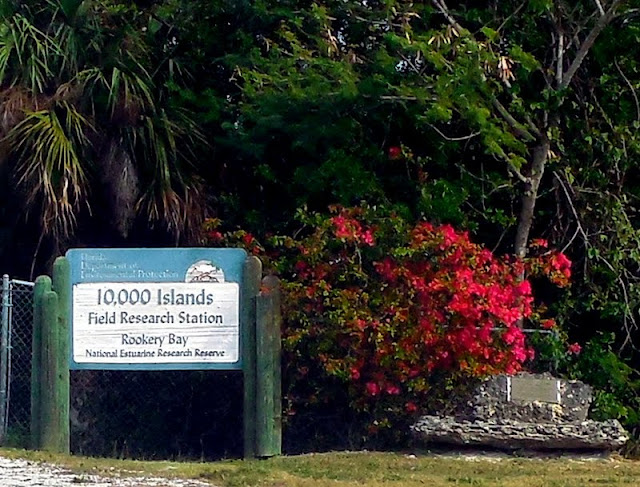 On approach to the heart of Goodland and specifically, the intersection where Stan's Idle Hour is located, this is the scene on the corner across the street from Stan's. 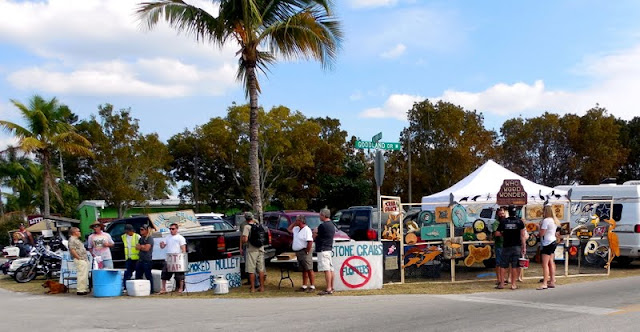 We took our $10 parking space in the front yard of one of the locals. Of course, the Mullet Festival attendees are the most interesting... 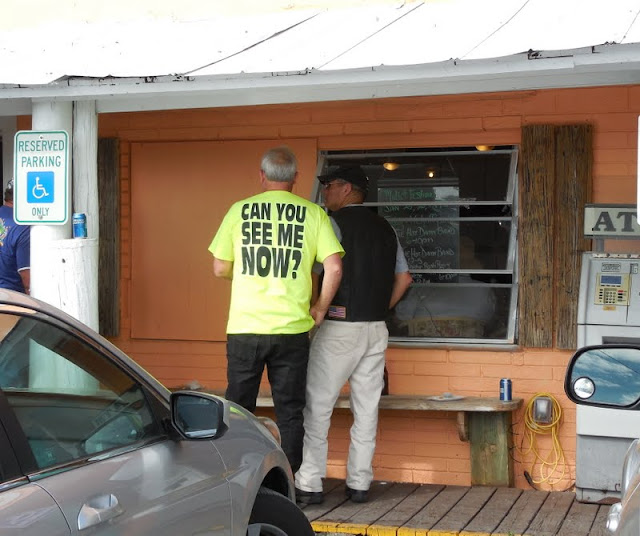 The crowd was as large as last year and maybe larger with a never ending line of cars coming up the road into tiny downtown Goodland.

The highlight and grand finale of the annual mullet festival in Goodland is the crowning of the Buzzard Lope Queen.  This outrageous contest is an un-beauty contest of women (to say "ladies" would just not be right) who wear feathered costumes and mimic the dance of a buzzard as it devours road kill.  A corny song is sung over and over and over again, on a tiny stage with all the contestants flapping around before a crowd of drunken revelers shouting, whistling and applauding to cheer their favorite to victory ... and the crown. 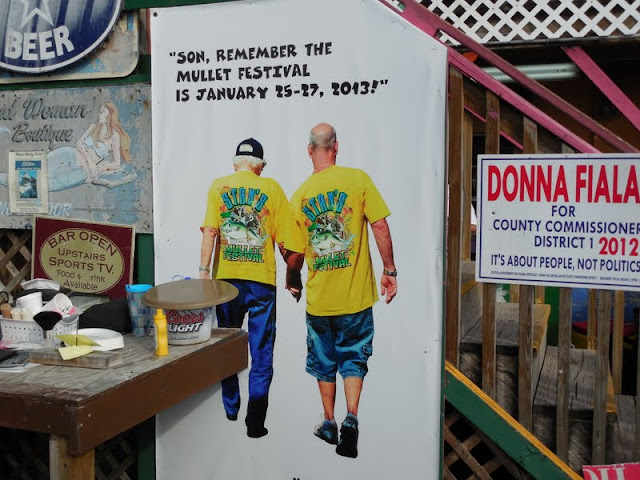 We began visits to Stan's Idle Hour in Goodland, Florida way back in the 1990's and saw a woman dancing with her husband. Their dance was lewd and embarrassing to see. We learned her name was Mary. A few years later, Mary's husband passed away.  Mary continued to dance and quickly became the annual favorite in the Buzzard Lope contest.  After some years, Stan crowned Queen Mary and as Queen, she would no longer compete in the annual contest, allowing others to claim the annual crown.  She is still known as Queen Mary and she is still a vulgar character.

Among the cast of characters this year, we met the woman in the photo below. She happily reported that she is a Navajo Indian descendant from Germany who spends 6 months each year in Naples.  She is also 73 years old. She was such a sweet woman, that within minutes, I forgot how "over the top" she was in the rhinestones, silver jewelry, facelifts, cowboy boots, dental implants and obvious embellished breasts. 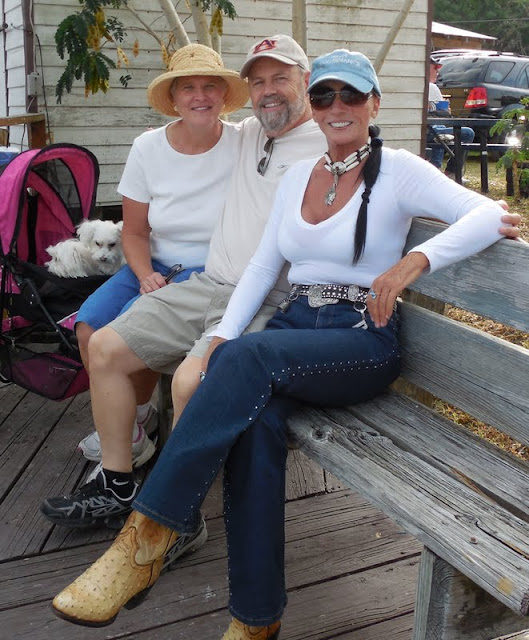 A few more of the unusual people mingling in the crowd of Mullet Festival goers.


Once again this year, I don't know who was crowned "Buzzard Lope Queen" and it really isn't important.  Everyone seemed to have a good time even though we saw two emergency medical service vehicles carrying people from the crowd.  I don't think anyone died. That's a good thing.

As the festival wound down, we strolled around Goodland for a little while and took a few pictures of interesting places and things.

And that ended the 2013 Mullet Festival and began the long drive back to the campground in North Fort Myers.
Email ThisBlogThis!Share to TwitterShare to FacebookShare to Pinterest