The Camp Verde campground was nice but had no "doggie sidewalk" so Lexie had to walk on the sharp stones in the roadway. On Monday, rain moved in, was followed by really cool weather so we decided to backtrack south and move on toward San Diego, California. Leaving the campground, we were excited to see snow atop all the surrounding mountains. 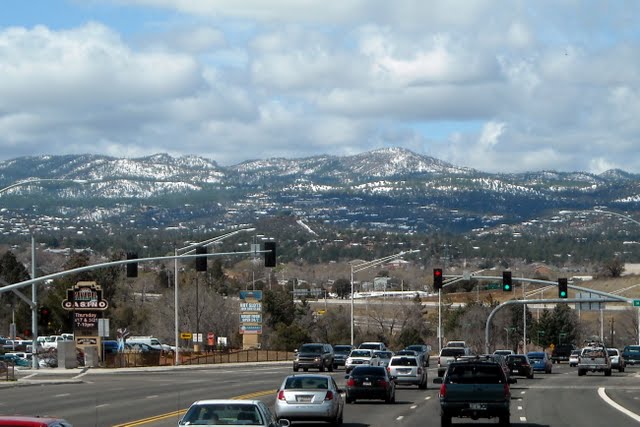 We exited I-17 at Cordes Junction and took AZ 69 to Prescot Valley where we found another really nice town. Our intention was to stay on that highway until we reached Wickenburg, Arizona where we expected to stay overnight or for a few days.  However, a road detour took us off the planned path and onto a county road (#10, I think) through another part of Precott National Forest where we drove through the most snow we've seen as the road elevation reached upward to 5,000 feet. 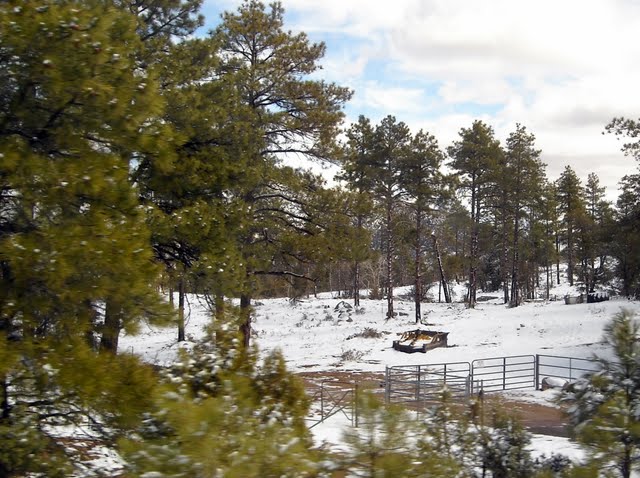 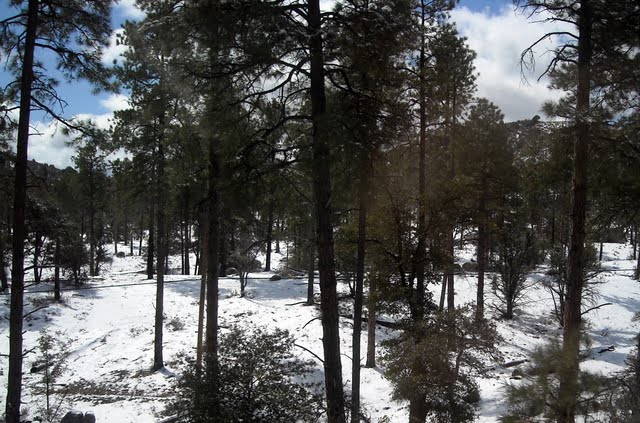 After a few miles, we drove out of the snow and then through the towns of Iron Springs, Skull Valley and then Kirkland.  Along the way, we saw more beautiful rocky formations and then drove carefully along a mountainside that held a beautiful view far off into the distant desert flats. 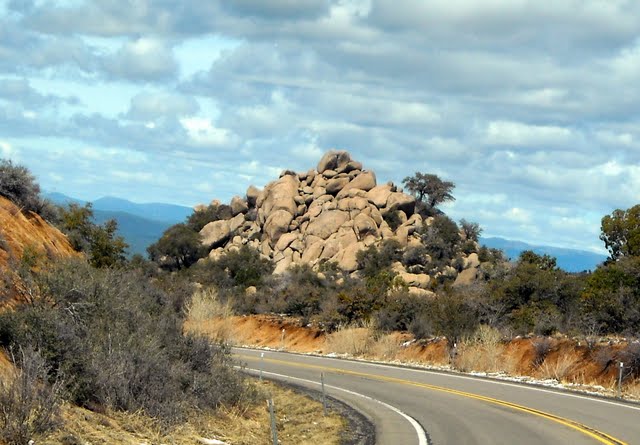 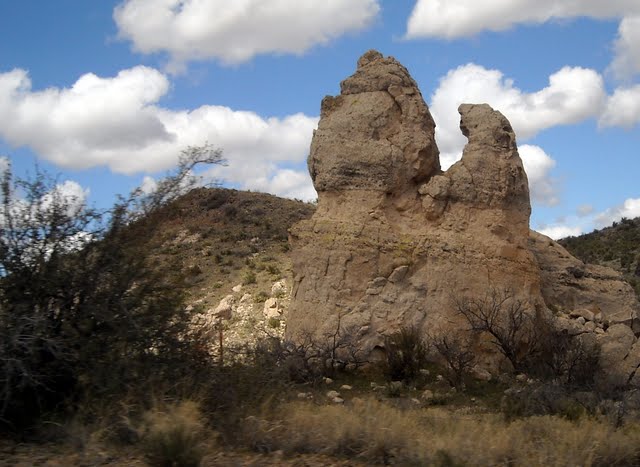 By 2 pm we arrivedat Wickenburg.  The town was beautiful and there were tall trees in some parts.  New road construction caused our gps some confusion, but we recovered and entered the target campground only to find it was filled to capacity and there were no more in the area that appealed to us.  We both regretted not getting the chance to see more of Wickenburg, but we'd have to move on as we were tired and needed to get settled for the night.

Highway 60 connects Wickenburg to Quartzsite and I-10 so we continued west through Aguila and Wenden before reaching Salone, where we would stay overnight at Desert Vista RV Resort -- which certainly was NOT.  It was another gravel pit, this time encircled by a chain link fence without a single tree. Our "site" held a big 4-yard garbage dumpster too! Most of the patrons here are "desert rats" with 4-wheel ATV's and they spend their days hurling themselves through the desert on any of the 256 trails I'm told are in the area.  The evenings are spent discussing the ATV speed, condition, operation and the lies of the day's drive.  Folks, there's something for everyone out here.   I did not take pictures here but probably should have...

We stayed overnight and left the following morning, going again through Quartzsite which we find to be most unimpressive.  I suppose the giant RV show changes the town but in mid-March, it's just not much.  We filled the coach with fuel as we've heard diesel in California is now well over $4 per gallon.  At Arizona's Exit #1, we stopped again to have Mona's oil changed.   By the time we got it all completed we'd spent most of the day and opted to stay at one of the local campgrounds.  We're at Colorado River Oasis in Ehrenberg, Arizona.  The campground is on the Colorado River and California is just on the other side.
Email ThisBlogThis!Share to TwitterShare to FacebookShare to Pinterest