After three months, (December 22 - March 27) we're really leaving beautiful Arizona. I've had a love-hate relationship with the desert; on the one hand, it's so dry and there's no shade. But on the other hand, I've learned to see desert life, to appreciate the beauty of the terraine and rocky mountains.

But on this day, March 28 (Cam's birthday), we leave the Colorado River Oasis Campground, cross the river into California.  Interestingly with the state's financial crisis, it's the only state line I've ever seen that staffs a 'state line' to ask if anyone is bringing fruit into the state.  But then, everything's different in California... remember OJ Simpson. I took a picture of this oddity but somehow managed to delete it. Drat.

Crossing the river I took this photo from the bridge. It looks across the Colorado River into the campground we just left (to the left of the photo).

We traveled west on I-10 less than 10 miles to California Highway 78 South. There's no denying we're in the heart of agriculture country and the fields are enormous -- reaching farther sometimes than I can see.
Along the route we're taking, the agricultural land stops and we re-enter desert which seems to be in bloom now.  One of my favorite of the desert plants is the Ocotillo which has long slender thorny spikes topped with bright orange plumes.
There is "little to nothing" in the way of towns along this road but there are plenty of trashy dwellings.  Some were photo-worthy, but I didn't take any picutres.

Along the road we saw, at a distance, a desert mining operation of some sort. There were "Danger -- Keep Out" signs posted on the 10' chain link fence topped with razor wire. Looking at the map later we find it was probably Mesquite Mine, but we really don't know.  Wonder what that was all about.

A few miles down the road, on the horizon we could see what looked like a bright "peachy" colored mound that we assumed was some more man-made mining result but as we drew closer, we saw we had come upon the Imperial Sand Dunes.  Neither of us had ever seen real sand dunes -- except in the movies.  What a treat.  I took a dozen pictures from the coach window and these are the best of the lot. 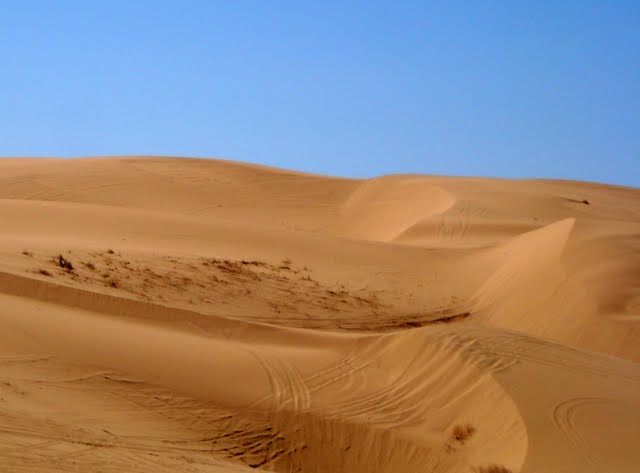 ﻿
﻿About 30 miles outside Brawley, California, we came upon agriculture again in this area known as the Imperial Valley.  There are huge ranches here and cattle pens holding more cattle than I'd ever seen.  There were thousands of young cows in each large pen and we passed several pens.

At El Centro we saw another "first" for us.  A truckload of carrots.  Yes... carrots.  A double load.  Take a look and remember ... these are individual CARROTS!
At El Centro we took I-8 west and would soon begin a strech of highway that would take us from sea level to 3000 feet in a span of a few miles going up the southern tip of the Vallecito Mountains.  Another bright idea for the state of California: every mile marker has a telephone and a water barrel marked "Radiator Water" for travelers to stop and add to their vehicle radiator.  Gee whiz -- does anybody really need that?

Anyway, these mountains are clusters of HUGE smooth rocks.  The smaller of these rocks are the size of a car -- the largest are the size of our motorhome.  We've never seen anything like this either! 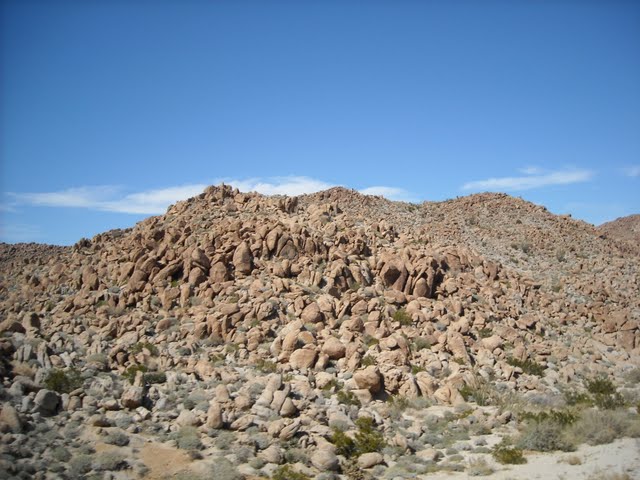 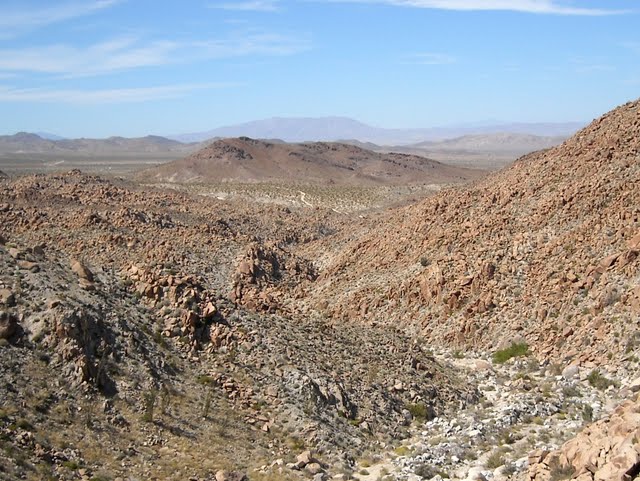 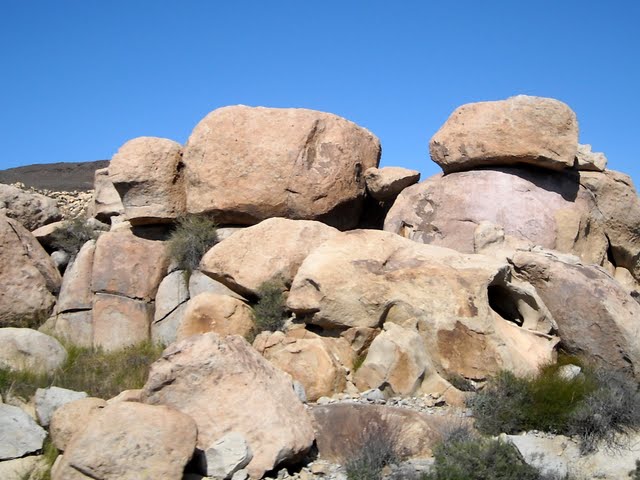 What an exciting day of travel!  We arrived at Boulevard by about 3 p.m. where we'll be within a mile or two of the Mexican border.
Email ThisBlogThis!Share to TwitterShare to FacebookShare to Pinterest