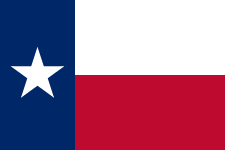 It's the only state in America that was a country. This week we drove through the town where the Texas Declaration of Independence was produced -- Washington on the Brazos River.

On March 2, 1836, while the Alamo in San Antonio was under siege by Santa Anna's Army of Mexico, a delegation drafted the document and Texas became a nation.


On our way to Bryan and College Station, Texas, we were completely unaware of this important Texas fact and passed right through the town without even stopping. Later I ran across the Texas Declaration of Independence .  I'm sick over it but Wayne steadfastly refuses to go back.

Anyway, we went on to Bryan and College Station -- mainly to tour the Texas A&M campus. That's just one of the things we like to do... visit college campuses. Particularly of interest are SEC schools (Southeastern Conference). Texas A&M, along with Missouri, are recent additions to the SEC so it's even more meaningful for us to be there. It's Wayne's thing.. I'm mostly am along for the ride.  While we're here, we also want to take in the George Bush Presidential Library and Museum. We did and I posted about it already.

There are some 50,000 students who attend Texas A&M University and the College Station campus is large and nice even though I didn't take a great number of pictures of it.

We learned that there is no "downtown" to College Station as the town literally sprung up around the railroad station.  Hence the name "College Station" as the train would make a stop there for the students traveling to and from there.


Bonfire
In 1909 Texas A&M students banded together for the first time to build and burn a Bonfire to symbolize the Aggies' burning desire to beat arch rival, the University of Texas in football.
The annual tradition eventually evolved into the largest bonfire in the world. Bonfire burned every year except 1963 after the assassination of President John Kennedy.
Sadly, A&M's Bonfire was permanently stopped 92 years later.  The Bonfire, while being prepared for the burn, collapsed at 2:42 a.m. on November 18, 1999. Twelve Texas A&M Aggies were killed in the accident. Twenty-seven other people were injured in the incident.   To learn more about the tradition, the accident and the memorial, click  here.
﻿

We're off to the next adventure now. It's in Waco. Hope you'll join us there.
Email ThisBlogThis!Share to TwitterShare to FacebookShare to Pinterest