We stayed at Lakeside Campground, just off I-12 in Livingston, Louisiana, for only as long as it took to have the coach waxed, see a few former colleagues and visit New Orleans.

The years we lived in Baton Rouge gave us some very fond memories of this area. The people, the history, the color and oh yes, the food, are just about the best!

The day we arrived, the sky was overcast but the temperature was nice. Overnight a cool front moved in and the second day was miserably cool ... mostly because we just weren't expecting it.

Our third day was set aside to take in the World War II  D-Day Museum in New Orleans. The weather is expected to be perfect -- sunny and almost 70 degrees.

We drove down on I-55, then took I-10, working our way to Magazine Street where we parked in the memorial parking lot for a surprisingly reasonable fee.

Famous American Author, historian and producer Stephen E. Ambrose, Ph.D. founded the National D-Day Museum in 2000, a few years after we moved away from Baton Rouge.  We wondered why it is now referred to as a WWII Museum. I learned that Congress, in 2003, awarded the new title of "America's National World War II Museum".  More about Dr. Ambrose and the museum can be found at The National WWII Museum. 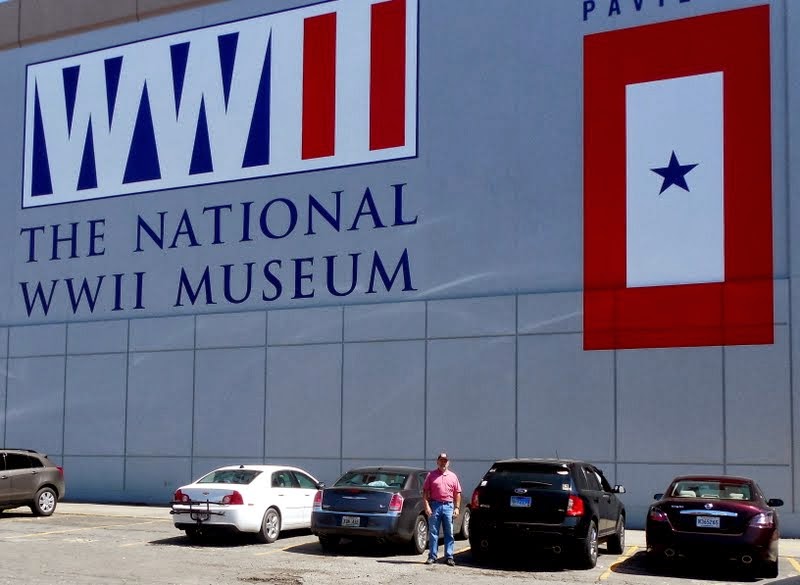 ﻿
Unfortunately, we found America's National World War II Museum to be just mildly interesting. Wayne has been a student of WWII for many years, has watched hundreds of hours of film footage and personal interviews, read dozens of books and visited countless memorials and museums. Most of the artifacts included here, while interesting, were not unusual, with a few exceptions, like the one below.


Another facet of the museum we found interesting were the records and displays of Higgins Boat, the memorabilia and story of the boat's creator, Andrew Jackson Higgins, a Nebraska native, who, according to Dwight D. Eisenhower, "was the man who won the war for us".  Nearly 13,000 boats (92%) of the D-Day landing vessel count were  Higgins boats built in New Orleans. It's a fascinating story.  For more about Higgins and his boats, click  here.
We didn't spend as much time at the WWII Museum as we had planned. After a miserable lunch at the museum cafe, we cruised town.  First, of course, would be the French Quarter.

When we had enjoyed about all of the French Quarter we could stand, we drove through the central business district, downtown and captured a few more picture memories. 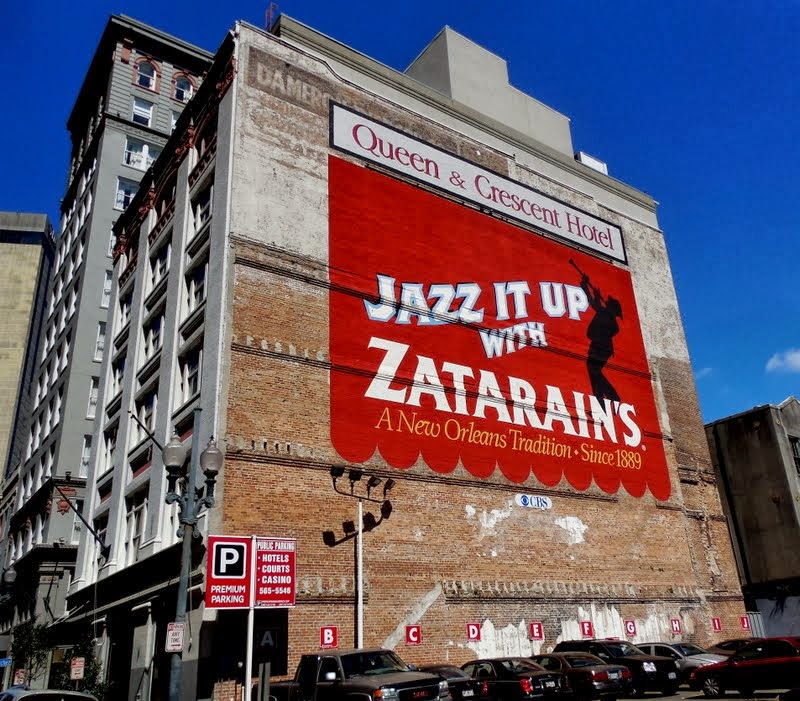 ﻿
﻿
Passing Camp Street, Wayne recalled some things he'd seen on a tv program recently about Lee Harvey Oswald, accused assassin of President John F. Kennedy.  Oswald was born in New Orleans, lived at almost 20 different addresses here and his final residence was on Camp Street.  I did a quick internet search and found it: 544 Camp Street. We put that into the GPS and followed the directions. The location is now the Hale Boggs Federal Building and U.S. Court House. The number isn't even the same anymore.  Driving by and unable to stop, I didn't get to take a picture.

We continued to drive through the business district and I took a few more pictures that have special meaning to us.

But the Best Was Last!

Leaving New Orleans, we remembered one of our favorite New Orleans area seafood dives. It's in Kenner, just a few blocks off I-10.  It's a simple small blue and white duplex (seafood market and seafood/oyster bar). The building displays the name Fisherman's Cove on the front but the seafood and oyster bar goes by the name Harbor Seafood & Oyster Bar.

We ate fried oyster po-boy and fried shrimp po-boy and took crawfish ettoufee and seafood gumbo home for lunch the next day.  If that wasn't enough, we stopped by Cafe du Monde for a couple orders of beignets and an iced coffee. Oooh la la.  Laissez les bons temps rouler! 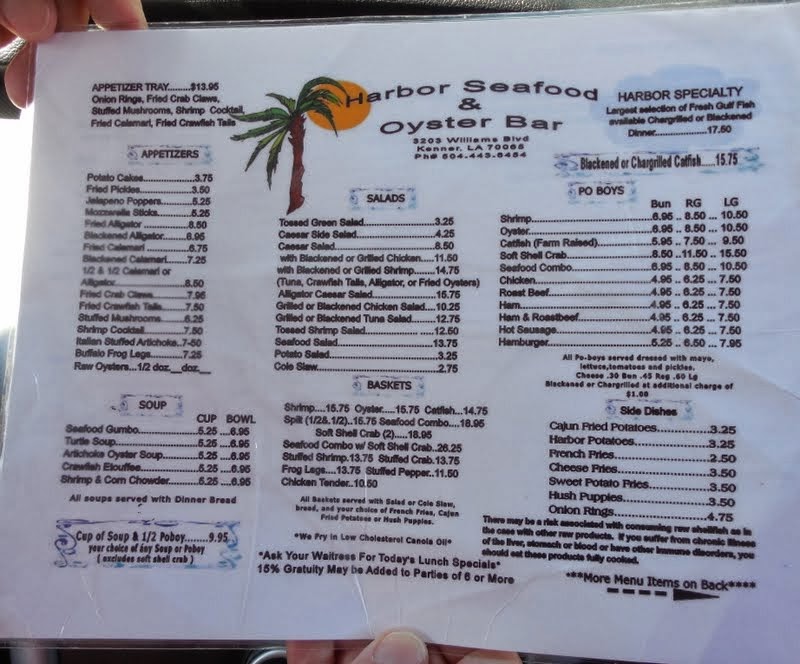 Driving back to the campground we passed an annoying sight:  a field of rusting FEMA trailers. They seem to be a monument to government waste.  There are hundreds of them strewn across a stretch of a mile or so on I-10. 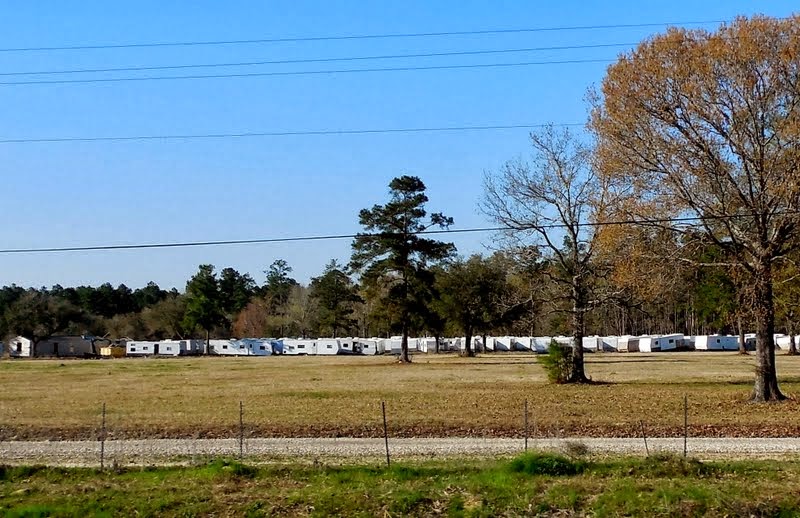