Southfork Ranch at Parker and the Old Stone Dam in Allen, Texas

The tiny town of Parker, Texas is home to Southfork Ranch. "So what?" you ask.  Well, if you asked, you just don't know about the famous Ewing family of Dallas.

Joe Duncan built this house for his family in 1970 and called it Duncan Acres for the obvious reason. The 4,769 sq. ft. home sits on 200 acres of beautiful grassland.

The house gained publicity when, in the second season of the nighttime television soap opera, Dallas, it was given the fictitious name Southfork and called it home to the notorious make-believe Ewing family.

All the outside scenes of Dallas during the 1978-1979 seasons were filmed at this location. No interior shots were used as the home was occupied by the owners. Later, the reunion movie, J.R. Returns (1996), then War of the Ewings (1998) and finally the reunion special Dallas Reunion: The Return to Southfork (2004) would be filmed here too. The only time the interior of the house was used for production was during the 2004 filming.

The Duncan home was also used in a music video called God Blessed Texas.  The property is now an event and conference center complete with tours for $9 each. A Christian broadcast group is based here too.

We visited the property today but didn't tour the home. It just didn't prove to be that interesting to either of us as neither of us were fans of the television program.

We drove through Plano, Texas on the way to see Southfork in Parker. All these small cities are outlying communities of Dallas and all are quite nice.  Today however, for the second time in a year, we happened upon a motorcycle accident with the victim lying in the street with emergency people all around. The motorcycle itself lay on it's side some 100 feet away.  We'd come upon a similar accident, again, just after paramedics arrived, last year when we were in California.  The victim of that accident died and I'd be surprised if today's victim lived.  So sad.

Our lunch stop today was at Braum's. We each had hamburgers, topped off with ice cream sundaes. 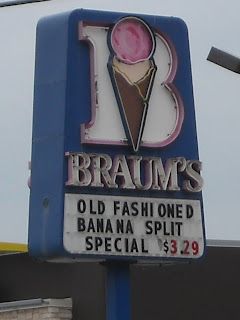 From Parker we drove just a few miles to the city of Allen to see what is, perhaps, the country's only remaining stone dam. It was built in 1874 and was used for the railroad steam locomotives.  In 1912 a larger dam was built that caused this one to be submerged. In the 1960's the newer bridge was breached, causing the older dam to become visible again. 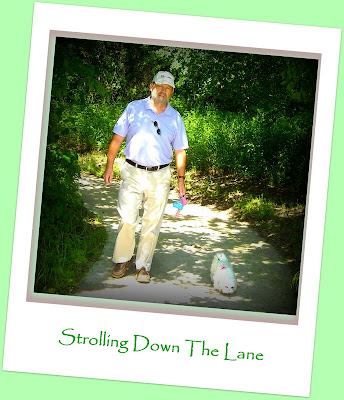 We've both taken notice of the elaborate high schools in Texas.  We passed several really nice ones today and I couldn't resist taking a photo of this already huge football stadium being enlarged.  Incredible.  Texas loves high school football.

I mentioned in an earlier post that we've discovered both Lexie and Ozzie absolutely love baked sweet potatoes.  Wayne's begun baking a small one for them every week. He keeps it in the refrigerator and gives them "sweet potato treats" by hand, every evening.  I've never seen them so excited as when they're having these treats. Lexie, as timid as she is, will climb right up onto Wayne's lap to get her sweet potato bites. 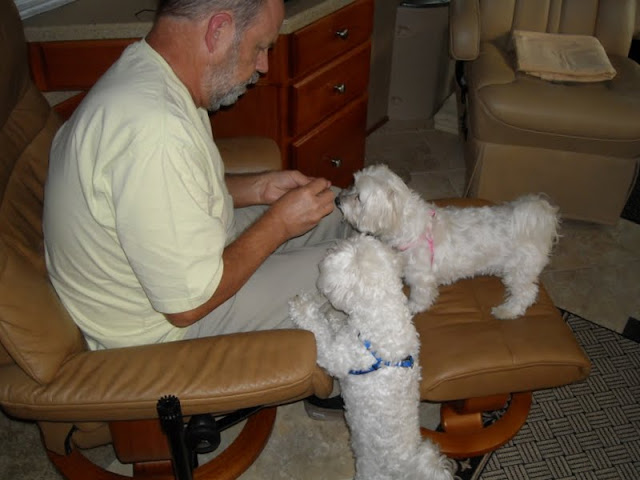 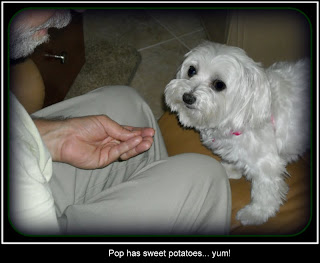 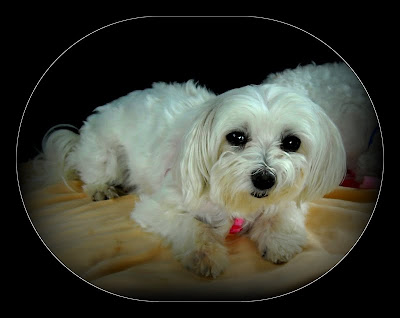 We both are getting a bit antsy to leave the Dallas area. We're moving along toward New Mexico when we leave here but for now, we're stuck waiting for the replacement window to be delivered and installed.  If it doesn't arrive today, it should come by Monday.  ho hum.